Alert: Due to COVID-19, insurance is paying for telehealth/online counseling. Find a counselor. 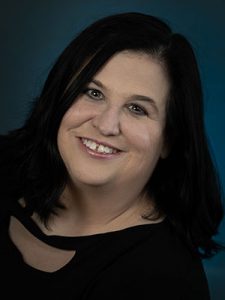 Carly Farrell is a Licensed Clinical Social Worker (LCSW) in the state of Georgia with many years of clinical experience with children, adolescents, and adults. She is a graduate of the University of Georgia with a Master's degree in Social Work. Carly also holds a gerontology certificate from the University of Georgia. She has extensive education, training, and applied experience in many aspects of mental health, people experiencing depression and anxiety, grief, and crisis work.

Carly has worked in Hospice Care, Home Health, emergency room, and inpatient psychiatric units, along with her therapy work.

Carly believes in meeting people where they are. Life is full of hurdles and she hopes to assist patients with getting over the hurdles and helping them live a more happy, successful life. Carly hopes to help individuals and couples to find solutions that work best for them. 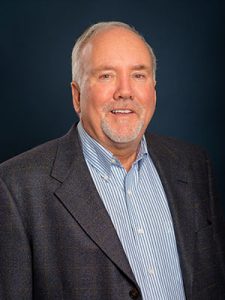 David is a seasoned licensed professional counselor (LPC) in the state of Georgia. He is a certified addiction counselor and certified EMDR therapist with over ten years of experience.  He received his undergraduate degree at Palm Beach Atlantic University in Psychology, as well as his Master’s degree in Psychology/ Mental Health Counseling. David worked with children and adolescents Children’s hospital, while working at Children’s hospital David assisted adolescents with healing and overcoming emotional challenges and mental health issues. He worked as well at several nationally recognized alcohol and drug treatment focusing on addressing mental health and substance abuse issues, as well as private practice. As an certified EMDR therapist he has been able to help hundreds of clients overcome negative self-perception and to significantly reduce any disturbing emotional cognitionDavid is passionate about offering effective solutions to individuals that struggle emotionally, and equipping clients to gain the skills and tools they need to live successfully. Being a wounded healer himself, he has proven to be extremely effective in helping children, adolescents and adults live regain hope and live successful lives.

He is available for individual and family sessions and would love to work with you to begin to help you heal your emotional pain, help you understand conflicted feelings, and find new meaning, and purpose in your life.

Areas of focus but not limited to: 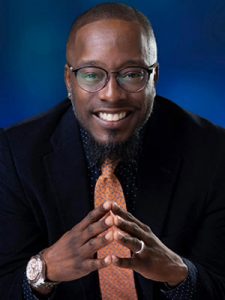 Currently residing in Atlanta, Ga, DeShawn is a Licensed Professional Counselor (LPC).  In 2012, DeShawn graduated from Argosy University-Atlanta with his Master’s in Community Counseling, to include a concentration in Marriage and Family Therapy.  DeShawn also completed four years in the United States Marine Corps and received an Honorable Discharge in 2002.

Since 2012, DeShawn has had a myriad of experiences within the realm of mental health.  His experiences include in-home community counseling work, psychiatric hospital settings, residential substance abuse, dual diagnosis programs, and working with the LGBTQ population. DeShawn is currently working towards completing his Doctorate in Psychology at California Southern University.

DeShawn believes his best tool that he can offer clients is his gift of authenticity and creativity.  Authenticity from the therapist, DeShawn asserts, encourages clients to seek their true self and promotes self-awareness.  Authenticity, DeShawn believes is achieved through  honest, compassionate, objective self-evaluation.  Authenticity, bonded with creativity and therapeutic skill, works to maximize positive therapeutic outcomes.  DeShawn uses an an eclectic approach, understanding there are many avenues to approach a problem.  He specializes in Cognitive Behavioral Therapy (CBT), Rational Emotive Behavioral Therapy (REBT) and is Dialectical Behavior Therapy (DBT) informed. DeShawn stresses the importance of being able to “think about your thinking.”  This is done to challenge unhelpful thinking, while disrupting and seeking to replace maladaptive behavioral patterns.  DeShawn is also able to provide motivational coaching to help clients reach their goals.

One of DeShawn’s passions is working with the whole family system. In order for change within the individual to be created and sustained, DeShawn contends that equipping the whole family with therapeutic tools is imperative.  DeShawn’s approach is direct, yet compassionate.  With a thoughtful and inquisitive questioning style, DeShawn acknowledges that the client is the expert in their own life.  DeShawn maintains that one of the therapist’s primary roles when working with clients is to operate as a guide, both client and counselor working collaboratively together to reach identified goals.     Understanding that no two people experience upsets in cognitions and mood, exactly the same, DeShawn has been compassionately and humorously referred to by his peers as the “Depression Whisperer.”

When not saving the world, one client at a time, DeShawn can be found in his kitchen, dishing up delectables to astound his friends.  He also has a dog named Mello (resembles a fox), who loves sniffing up all the sensational scents in the background.

Areas of focus but not limited to: 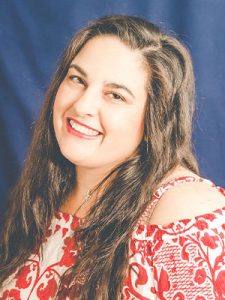 Jackie Ryanczak is a licensed professional counselor (LPC) in the state of Georgia, and received her undergraduate degree in Psychology from the University of Georgia and her Masters in Mental Health Counseling from Wake Forest University. She spent the last three years doing community mental health in Cherokee County.  Her goal as a therapist is to provide a safe, caring and empathetic environment for her clients, so they can learn the skills necessary to get to a better place in their lives.

Through her experience she has treated teens, adults and families with a variety of issues including depression, anxiety, trauma, and co-occurring disorders. She has also worked with traditional and non-traditional couples to improve their relationships. She continues to further her education and experience through advanced trainings and professional experiences. She offers a straightforward, direct style of counseling that still maintains the caring and collaborative nature of her counseling training. She utilizes a combination of CBT and DBT therapies to provide her client’s a very personal therapeutic experience.

Imagine yourself being free of self-defeating beliefs and behaviors... and living fully in the present. Let Jackie support you in your journey. You can recover from past hurts that interfere with your success, independence and joy in life.

Her areas of focus include, but are not limited to: 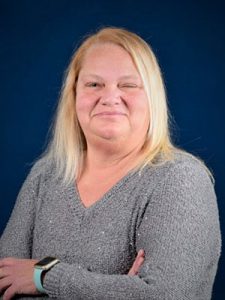 Ramona Mott is a Licensed Professional Counselor (LPC) in the state of Georgia with over 20 years of clinical experience with children, adolescents, and adults. She is a graduate of Columbus State University with a Bachelor of Science degree in Health Science and she holds a Master of Science degree in Counseling and Psychology from Troy University. Ramona has extensive education, training and applied experience in many aspects of mental health, including substance abuse, sex offender counseling, and working with individuals diagnosed with developmental disabilities.

Ramona has over 12 years of combined experience working with the Georgia Department of Corrections and Georgia Department of Juvenile Justice; she worked in areas of crisis intervention, medication compliance, crisis stabilization, and facilitation of groups, as well as case management, individual counseling, and other areas. Ramona has experience working in the community with mobile crisis teams and crisis homes where she helped with suicidal, homicidal crisis, medication administration, referrals, behaviors etc.

Ramona believes that we all have barriers either through our own creation or due to unforeseen circumstances. Ramona assists individuals and couples in working together to come up with a solution that works specifically for them. 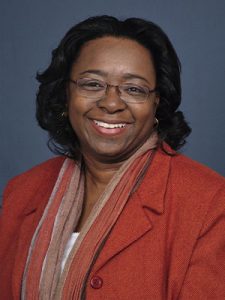 Rhea is a Licensed Professional Counselor (LPC), a Certified Professional Counseling Supervisor (CPCS) and a National Certified School Psychologist (NCSP).  In 2001 she completed a Master of Science degree in Clinical/Counseling Psychology from Valdosta State University (VSU) and in 2012 returned to obtain an Education Specialist degree in School Psychology.

Rhea’s daily inspiration as a therapist continues to be helping clients recognize their full potential. She looks forward to assisting individuals seeking support and the skills necessary to navigate life’s many challenges.

Her areas of focus include, but are not limited to:

I love this place, very clean and super nice offices! I can get in quickly to see a therapist and they are awe...Read more

some and real effective. There are morning and evening appointments that work well for me.

The Woodstock location has Exceptional staff... Everyone is down to earth, professional, knowledgeable, super ...Read more

nice, friendly and more than helpful going the extra mile to make sure you feel at home! I can't say enough good about the place!

Great experience. Scheduling is easy. Therapists are easy to work with. Love that there are weekend hours.

I love this place, very clean and super nice offices! I can get in quickly to see a therapist and they are awe...Read more

some and real effective. There are morning and evening appointments that work well for me.

The Woodstock location has Exceptional staff... Everyone is down to earth, professional, knowledgeable, super ...Read more

nice, friendly and more than helpful going the extra mile to make sure you feel at home! I can't say enough good about the place!

Great experience. Scheduling is easy. Therapists are easy to work with. Love that there are weekend hours.

Thriveworks provides the best counseling on all levels. The counselors are committed to helping and truly care...Read more

ciate weekend appointments and overall flexibility of my therapist.

This practice is amazing and I can't believe how committed they are in helping you succeed with life's challen...Read more

ges. I would ask anyone of my friends and family members to consider this practice first because they are the best!

Thriveworks Woodstock has the best practice in the Atlanta Metro Area. They care deeply about your issues and ...Read more

concerns. They are available for you whenever you need them. I would recommend to anyone needing therapy or counseling.

Woodstock Thriveworks is a dedicated team of professional counselors who will help you deal with what ever lif...Read more

It’s Time to Start a Partnership with a Thriveworks Counselor