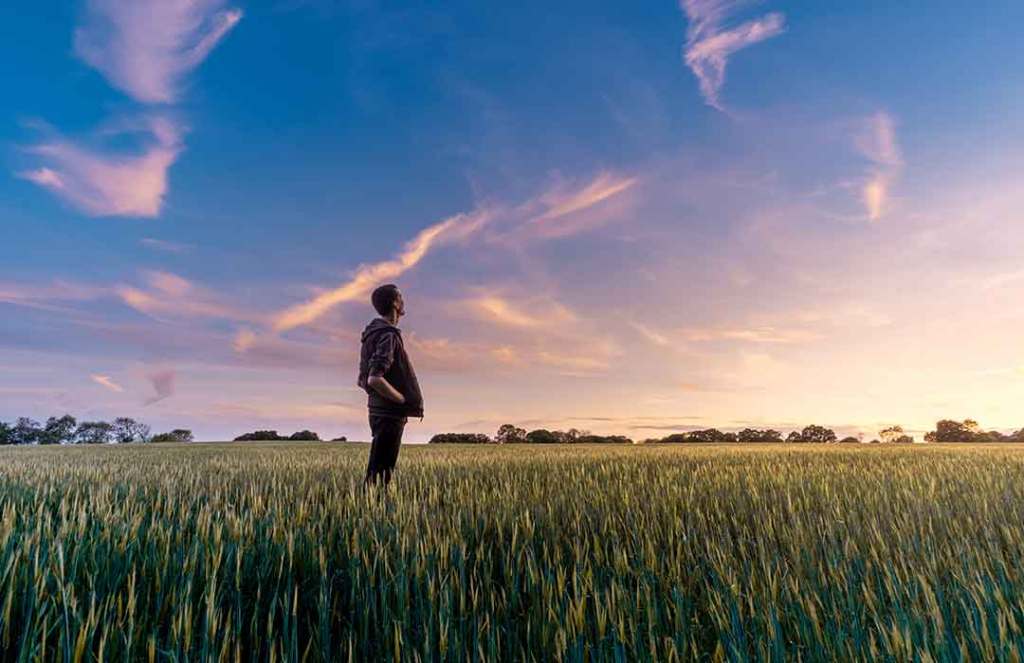 I’m running late to work because the alarm didn’t go off. Or, now that I’m thinking about it, maybe it did go off and I just snoozed it. Probably because I’m so tired from watching “just one more” episode of Netflix last night. Maybe if I had more discipline, this wouldn’t be happening! Now if I don’t get to work on time I’ll get fired and won’t be able to pay the bills and end up homeless. My college degree was for nothing. Who majors in psychology anyways? It was such a dumb decision.

The looping thoughts, worst-case scenarios, and exaggeration of outcomes are something we all experience on different levels! These destructive thought patterns are called cognitive distortions. Everybody deals with them, but that doesn’t make them any less harmful. When they are unchecked, they can build up and cause mental disorders like clinical anxiety, depression, low-self-esteem, and other health problems.

But here’s the beautiful truth: they are lies. And you don’t deserve to be held back by them anymore!

Fortunately, with Thriveworks Columbus, you don’t have to. Our Polaris office counselors are trained in a therapy strategy called Cognitive Behavioral Therapy (CBT). It identifies the destructive thoughts we described above, accepts them as lies, and replaces them with positive, realistic thoughts that ultimately help you build a healthy self-image and life.

CBT is heavily used in treatment of many mental illnesses. The self-awareness CBT teaches, along with other therapeutic styles, can help you overcome everything from career problems to depression.  If this sounds interesting to you, call or click to Thriveworks Columbus 614.300.2755 now to schedule an appointment!

What does Cognitive Behavioral Therapy Address?

Human’s capacity to make choices is one of our greatest strengths. We are constantly analyzing our past experiences and future dreams to make choices in the present. Cognitive distortions interfere with that process by feeding us inaccurate information.

They tell us that it’s too late to make a choice, or that whatever choice we make is a bad one. They make us feel like there is no way out and no hope for a brighter future.

Cognitive distortions come in many variations, but a few include:

There are many other distortions that plague our thoughts, but these are some of the more common ones. You can overcome them all. Thriveworks Columbus (614.300.2755) is here to support encourage and guide you to overcoming cognitive distortions using Cognitive Behavioral therapy.

How Does Cognitive Behavioral Therapy Work?

The basics of CBT is simple. In general, your counselor will help you follow these three easy steps:

If it sounds intimidating, don’t worry. Thriveworks Columbus has counselors and therapists trained in CBT who are passionate about helping you reach new heights. CBT is a skill that you can use for the rest of your life.

What is Cognitive Behavioral Therapy Used For?

While all cognitive distortions are destructive on some level, they can become dangerous when found in conjunction with other symptoms causing mental illnesses. Because of this, Cognitive Behavioral Therapy is a common tool used in treating mental illnesses such as:

Cognitive Behavioral Therapy can be helpful for everyone, since no one is perfect! Thriveworks Polaris is excited to see how you will grow once you have control over your thoughts and emotions again.

If you are interested in learning more about Cognitive Behavioral Therapy or want to schedule an appointment with a licensed counselor, call 614.300.2755 today.