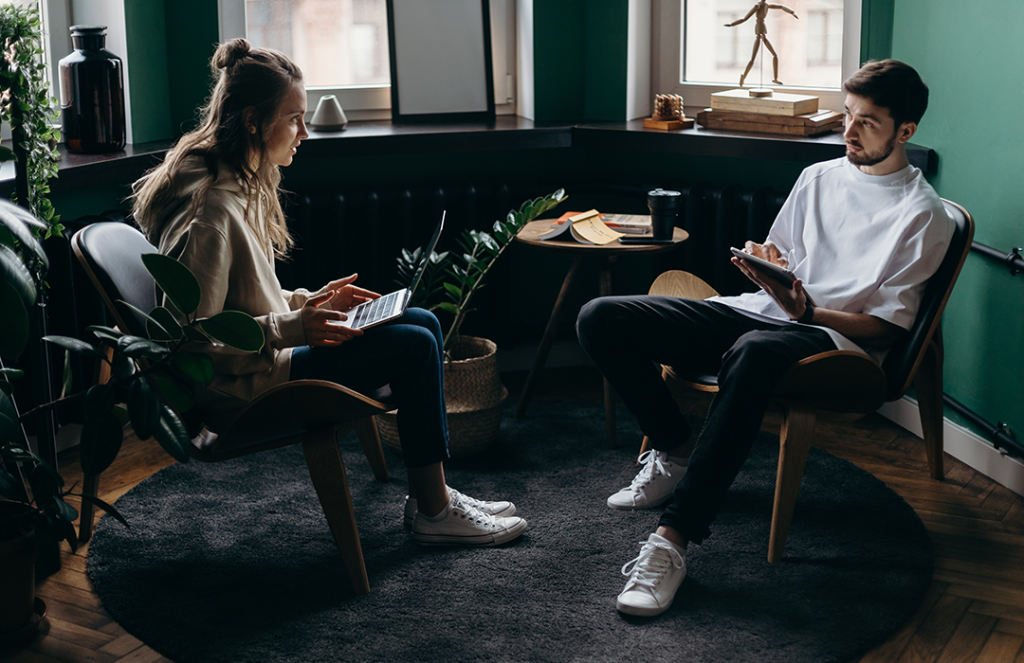 Will has just lost his job and is having a difficult time finding another one. He also seems to be having increasing difficulty getting out of bed in the morning, he’s losing interest in preferred activities and he feels irritable all the time. He shares this with a friend who suggests therapy, but Will is not sure if it will help.

Joan’s boyfriend just broke up with her. She finds herself in crying spells at the slightest provocation. She also withdraws from others and spends a lot of time in her room. Her mother suggests that she seek out therapy. But she’s not sure it’ll do any good.

What neither Will nor Joan realize is that therapy, such as that offered at Thriveworks Amherst, can be very effective. Scientifically conducted research consistently demonstrated the value of psychotherapy and mental health counseling. Even brief therapy can be very effective treatment for common mental health problems. Effective psychotherapy and mental health counseling have repeatedly shown to result in happier and healthier lives for those who participate in it.

It has been estimated that at least 25% of all Americans suffer from a major mental health disorder. Virtually every person in the United States has a close friend or family member who could benefit from therapy for the treatment of

There is hope for those suffering from a mental health disorder. Over 3,000 scientific studies and 300 summaries of studies have found that psychological therapies consistently result in effective and positive outcomes. They also show that psychotherapy is effective across all ages, from children to adults to the elderly, and across settings ranging from independent practices to community centers to day programs at hospitals. Psychotherapy is clearly effective treatment for various people in a wide range of settings. Studies researching psychological therapies have also found that people seeking treatment for mental health conditions have improved and have better lives than 79% of those who do not get therapy.

For example, even though it is widely assumed that the most powerful treatment of depression is shown to be antidepressant medications, research has shown that the most powerful treatment for depression is psychotherapy. The superior effectiveness of psychotherapy in treating both depression, anxiety and mood disorders in general is supported by psychological research, particularly when examining evidence such as consumer satisfaction and long-term follow-up outcomes. Research shows that psychotherapy for mood disorders is at least as effective as antidepressant medications during the treatment period and more effective in preventing a return of the symptoms after the therapy has stopped. This does not mean that medication is not effective, but that psychotherapy is a very powerful tool in the treatment of psychological disorders.

Studies consistently find that most people prefer psychotherapy over taking medications. There is less likely to be negative or harmful results from psychotherapy where every medication has its side effects that must be monitored. Also, when a client chooses a therapeutic method that fits his or her needs or preferences, there is a higher probability of a positive outcome.

To summarize, there is overwhelming evidence that has come from scientifically conducted research that the value of psychotherapy, even brief therapy, as an effective treatment for common mental health problems is well established and more often than not results in happier and healthier lives for people who participate in it.

Schedule a Session at Thriveworks Amherst

Our therapists are all trained, licensed, and have years of experience treating people who eventually reduce, and sometimes eliminate, the symptoms of mental health conditions that have persistently troubled them for some time. So, take the first step toward healing by scheduling an appointment with a therapist at Thriveworks Amherst now by calling 413-634-4805.