Exploring the deep bonds between humans and their companion animals

For tens of thousands of years humans have been passionate about their fur babies. The deep bonds between Homo sapiens and other animal species seem so common and obvious that they’ve only recently been studied scientifically. So how did we get from throwing food scraps to wolves at the outskirts of our campfires to clinging to our shih-tzus when our transatlantic flights get bumpy? Let’s take a look at the evolution of the human-animal connection and offer some guidelines about how we can keep our attachments healthy. More practically, let’s answer my own burning question: Should I or should I not get my daughter a kitten? 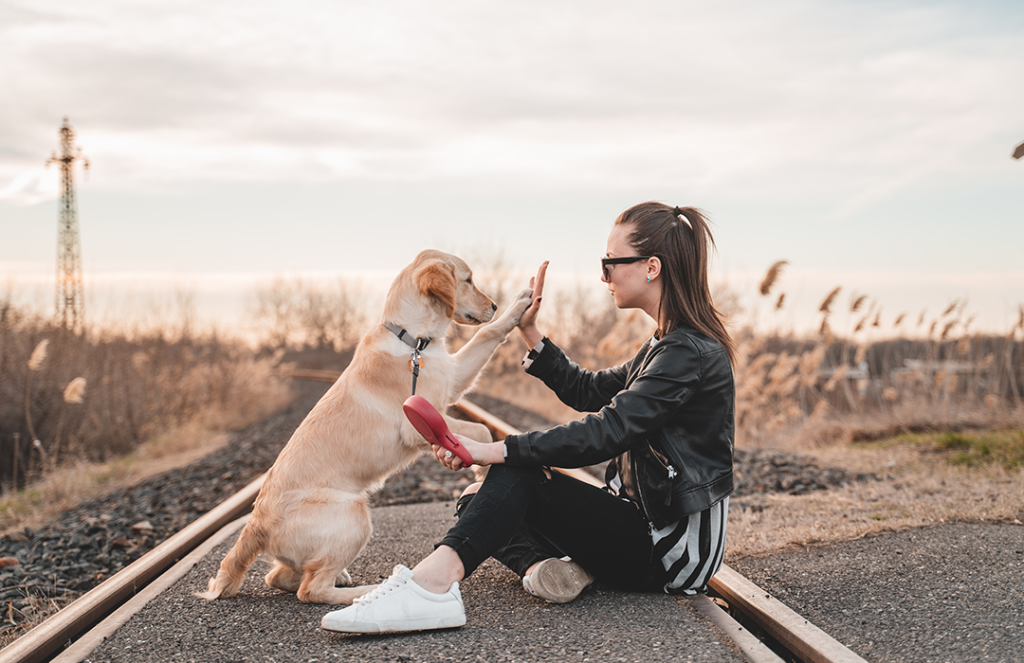 How Did Wolves Evolve into Emotional Support Animals?

You’ve probably heard of emotional support animals (ESAs), pets that are prescribed by mental health professionals. An ESA is any animal—dog, cat, lizard, miniature pony, etc.—that is legally recognized to improve the wellbeing of someone with a mental health condition. These pets naturally alleviate emotions like depression and anxiety with no special training. ESAs can be distinguished from service animals, which are defined by the Americans with Disabilities Act (ADA) as dogs trained to work or perform tasks for people with disabilities. (By the way, only recently did airlines change their rules so ESAs could no longer receive universal special treatment on flights. The days of sitting next to someone’s lap pig are over.)

So how did we get here? Well, it begins with those wolves 15,000 to 40,000 years ago. There are a lot of theories for why humans and wolves began bonding to the point the animal became domesticated and evolved into a household pet. And we need a really good theory, because when you think about it, why would humans want carnivorous wolves around? They’re dangerous and they consume a lot of resources. So they must confer a substantial benefit to make up for all the care they require. Here are the two main theories:

The pet keeping hypothesis seems to make the most sense. After all, humans still adopt pets universally, from traditional hunter-gatherer societies to the Hollywood Hills. Think about all the ways that human and canine psychology overlap. Both species have needs for social competence, attention, play, and close bonds. Both species are smart and can easily interpret each other’s signals. They can retain memories of interactions, forming relationships over time. Human family members can act as social substitutes for an animal’s same-species family, and vice versa. Maybe our human ancestors who cared for animals had a competitive advantage because they shared a similar competence for taking care of human infants. Maybe they had an advantage because their concern for animal welfare translated into a knack for domesticating other animals like cows and sheep further down the line. After all, wolves were just the first of many species to be domesticated by Homo sapiens.

So what did humans get out of the domestic pet relationship? Well, they may have discovered some usefulness to having dogs around. They could serve as guards, for example, alerting their human companions when predators were nearby. They could hunt together. But the primary benefit seems to be emotional. Today’s dogs and humans actually benefit from a feedback loop of positive emotions like oxytocin, dopamine, and endorphins in each other’s presence. This can occur even when they’re just thinking about each other.

Thriveworks has covered additional health benefits of pets, like reduced stress and blood pressure. But it can be hard to show cause and effect for some of these positive associations. For example, are pet owners less lonely because they have pets or because their pets act as social lubricants when they take them for walks and people stop to pet and chat?

Can Humans Bond with Any Animal Species?

Humans can probably bond with any animal, but we tend to prefer those with cute, easily anthropomorphized qualities like dogs and cats. This is called the “cute response”, aka the baby schema, or neoteny. We like juvenile appearances: big eyes, big foreheads, and soft contours. These traits correspond to those of human infants and evoke social engagement and even parental concern. Studies show that humans prefer animals who are similar to them in cognition, behavior, and appearance. Even kindergarten students show this predisposition.

But according to Wilson’s biophilia hypothesis, humans are just drawn to animals in general. We’re also motivated by a sense of self-expansion. That is, we want to include others in our sense of self. Our pets become part of us, an expression of who we are. So virtually any animal can become a beloved companion.

Should You Get Your Kid a Pet?

I still haven’t decided about the kitten. Perhaps science can ultimately make the call for me. Research shows that pet ownership can benefit children in the following ways:

The evidence is clear that you should get your child a pet, but in my household the jury is still out. I’m 100% supportive until it’s time to clean the litter box.

What’s Better, an Animal or a Human Companion?

There are plenty of people in the world who would argue that animals make better companions than humans. They’re snuggly, adorable, and they love you unconditionally. They can give you all the nonjudgmental emotional support and positive regard that you deserve. They can make you feel needed and valued. But just like people, animals have different personalities, so your happiness kind of depends on the individual pet. Studies show that when pet owners think their own personality clashes with their animal’s, they report lower life satisfaction and more negative affect. And the right pet has to be matched with the right stage of life. Empty-nesters might benefit more from a companion animal than a college student, for example.

Ultimately, animal-human connections aren’t meant to replace the bonds we make with our fellow Homo sapiens. Attachments within our own species are the most critical to our emotional health and wellbeing. We need to think of each other’s welfare at least as much as we think of the welfare of our pets. Basically, emotional support animals are awesome, but they aren’t a substitute for human friends, and they’re definitely not a substitute for a great therapist. But they sure do look cute pouncing out of a (ventilated) gift box.