Dads get a bad rap: Insights into being a supportive father, despite what pop culture and societal stereotypes may say

Starting in the mid-20th century, father figures in pop culture, especially those portrayed on TV, have been characterized with negative attributes. Don’t be mistaken; there’s comedic gold to be mined from the blunders of characters like Bernie McCullough in “The Bernie Mac Show,” Hank Hill in “King of The Hill,” or Phil Dunphy from “Modern Family” just to name a few. These TV dads are beloved for their ineptitude, their lack of emotional development, and their oblivious nature. But underneath the laughs, the reality is stark.

As our society starts to rethink gender norms, roles, and expectations, TV and other media can serve as a cultural mirror. Fictional stories and characters can point out deeper societal issues and themes that we all relate to. So what is it about the “incapable father” trope that strikes such a resounding chord within so many of us? And what does being a supportive father look like, when men are being told they aren’t up to the job? 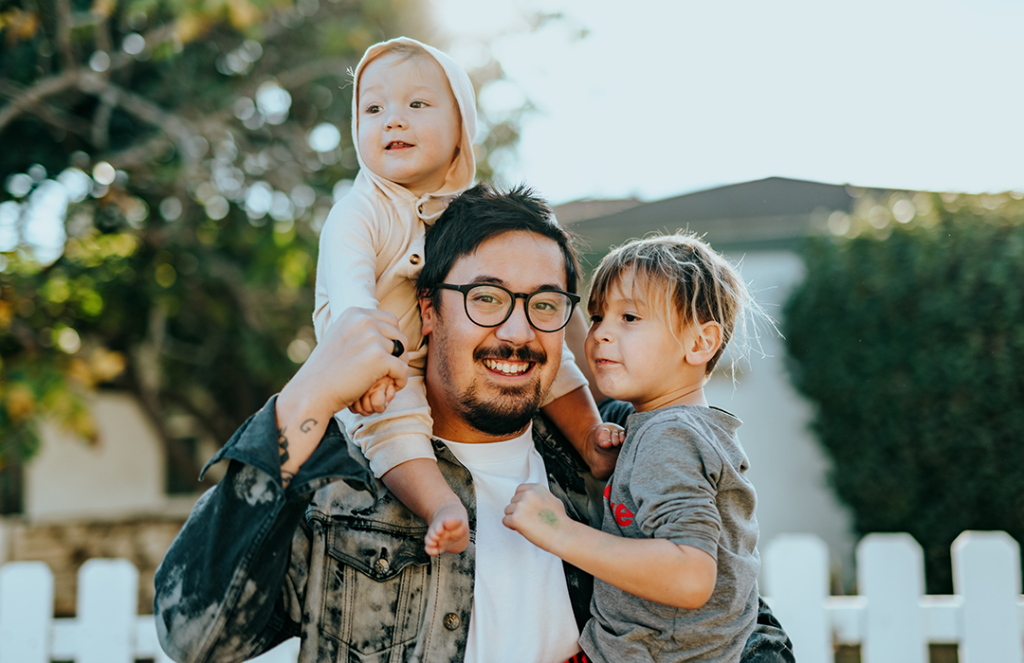 Why Do We Portray Fathers as Incapable?

The answer may lie partially in how our society collectively views fatherhood. Many of us assume that it’s more important and more beneficial for mothers to bond with their children as opposed to fathers. This tendency may be fueled by our societal expectations and gender roles for parents—and dads may be getting the short end of the parenting stick.

Fathers may also be sidelined or immobilized by rigid, outdated perceptions of masculinity, which, if not adjusted for, may limit the way that they interact with their kids. Fathers are often commonly thought of as embodying traditionally male traits like independence and assertiveness. And while these qualities can be useful in moderation, they sum up to a rigid parenting approach—one that isn’t always the formula needed for being a supportive father.

So it’s not fair to assume that dads are naturally worse at parenting than mothers are. Perhaps we expect them to be. And as a collective culture, it’s also possible that we haven’t really decided what being a good dad should look like. America continues to re-shape our definitions of sex and gender, but our popular notions of fatherhood may be one of the last frontiers. Yet that doesn’t mean that fathers are without hope; being a supportive father comes down to setting yourself up for parenting success.

Parenthood doesn’t come with an instruction manual—we have to navigate the journey ourselves. That said, being a supportive father may rely heavily on your ability to reflect on your mental and emotional wellbeing as well as your relationships with your family. It’s also important to consider and perhaps challenge your own perceptions of masculinity. Counseling and therapy can help if you need guidance and support throughout this process.

Becoming a dad means taking on new responsibilities, as well as a new role. But don’t overthink things—being a supportive father doesn’t require becoming a lumberjack, having a man cave, or smoking a pipe while reading the Sunday paper. Instead, it’s about being the first and most important male role model in your children’s lives. And according to the Journal of Family Psychology, it is essential to their development that your role and relationship with them is emotionally accessible. If you’re a dad, remember:

No one is perfect, but children start modeling the emotional behavior of their parents from a young age. Fathers may be more likely to lash out at their children in anger when they misbehave. But these actions can warp a child’s perceptions of male figures and teach them to assume that unhealthy expressions of anger are associated with being male. Take time to cool off before addressing behavioral issues. You’ll thank yourself later.

You play an essential role in your child’s life. So be yourself—psychologists have identified self-acceptance as a major route to greater overall satisfaction and better mental health. Value your emotions and the connections you feel towards your family members. It’s common for men to feel pressured to appear strong by becoming withdrawn—but expressing emotions and setting an example of how to process them is a more effective show of strength. And being proactive about your own mental health could have lasting benefits on your children’s emotional wellbeing, too.

Whether you enjoy video games, automotive repair, sports, outdoor recreation, carpentry, whatever—these activities can serve as a way to bond with your children. Spending time with your kids is also a great way to learn more about what they like as well. Seeing you support their interests can help to boost a young person’s confidence, setting the stage for higher self-esteem in adolescence and adulthood.

Dads Are More Involved In Family Life Than Ever Before

The “inept father” stereotype probably isn’t going to completely disappear any time soon. After all, Homer Simpson has managed to hang on for 32 seasons now. But that doesn’t mean that dads aren’t changing these negative misconceptions. Data published by the Pew Research Center in 2019 revealed that while 63% of fathers still feel that they don’t spend enough time with their kids, their time spent around the house engaged in childcare and household chores has more than doubled within the last 50 years. These are steps in the right direction.

Being a dad is a unique experience, one that requires a lot of self-awareness. It’s normal to feel trapped or compressed as a father, to feel like a figurehead watching your family from a distance. But fatherhood is your experience; it can’t be defined by anyone but you. Being a supportive father means engaging with your children and partner from a place of balance—remember to be emotionally available, reflect on your own childhood experience, and don’t get wrapped up in trying to fit lofty expectations of masculinity.