I once had a rather interesting conversation with my college roommate about marriage. We were watching TV when the main character got down on one knee and proposed to his girlfriend. At that moment, she turned to me and said, “Oh I thought they were already married, I mean they do live together.” Not too surprised at this comment, due to her conservative background, I countered, “Sometimes it takes living with someone first to really get to know them. I’ll probably live with someone before marrying them. That is, if I even get married.” My response certainly took her by surprise and the issue was no longer whether someone should live with a significant other prior to marriage, but rather my asserting I might never enter holy matrimony. “What do you mean, why wouldn’t you get married?” My roommate assumed that everybody wanted to get married. It was the ultimate goal, the best dream you could ever have. According to her, you were supposed to get married and have kids. There was no other option. But I saw it differently. I valued my independence, feared divorce, and also fostered a belief that love and marriage just wasn’t in the cards for me. However, it was hard to explain this to someone with heteronormative assumptions such as this one.

Heteronormativity is the belief that we all fall into distinct and complementary genders with natural roles in life. It asserts that heterosexuality is the only correct sexual orientation and that sexual, romantic, and marital relations are to be had with the opposite sex. Heteronormative assumptions include my roommate’s belief that all people strive to one day get married and have kids, asking a woman if she has a boyfriend before knowing if she’s even interested in men, and giving a boy the blue pencil instead of the pink one because you’re sure he’d like that one better.

Individuals in the heteronormative group are males and females (based on their birth anatomy) who display psychosocial traits that match their anatomical features and perform gender-based functions. In their minds, the best path in life is the one that leads an individual to finding a partner of the opposite sex to marry, have kids with, and assume corresponding gender rules alongside. Therefore, this stance places heterosexuals above those who identify as gay, bisexual transgender, pansexual, and asexual. But that doesn’t necessarily mean that all heteronormativity beliefs or assumptions are made with ill will…

When a global or nation-wide issue surfaces, the population is typically divided into two groups: those in favor and those against. We’ve seen this happen regarding racism and the Black Lives Matter movement. We’ve bared witness to it as state legislatures across the U.S. passed bills regarding gender-neutral bathrooms. And we’ve watched the gay-pride movement gain support as well as face criticism. However, we’ve failed to acknowledge the middlemen, the ones who fall somewhere in between. We instead give all of the attention to the extreme left or the extreme right. But it’s important to realize that it is possible to fall elsewhere on the spectrum. A perfect example of this is with heteronormativity. While there are certainly heteronormative extremists who are homophobic and discriminate against gays and transgenders, there are also those who love and welcome them—they may simply feel that their approach to life is better or the right one.

This goes to show that our understanding of one’s beliefs may not be totally representative of their character, which I learned first-hand. The recent 2016 presidential election proved to be a trying time for many. Families and friends were divided by their political affiliations and even more so their candidate of choice. I attempted to keep my opinions to myself, in hopes of avoiding the heated arguments I was baring witness to on the streets and on my Facebook feed, but got into it with a few loved ones nonetheless. I looked at my friends and my family who supported the candidate I absolutely despised and turned it into a direct reflection of them; I began to think they too were cruel-hearted, discriminatory, and hateful. And in the process, I forgot they were the people I’d come to know and love over many years. That was my mistake. But it taught me not to judge an individual so quickly, to instead take the time to get to know them first. If anything, it will teach racist, sexist, and otherwise discriminatory individuals to do the same. 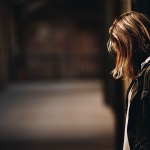 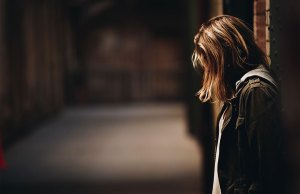