Researchers say that parents typically fall into one of four common parenting styles: Which one do you utilize? Which one should you utilize?

Imagine that your child is having a major freak-out in the middle of the grocery store. What do you do? Scold them and take away a privilege or continue to ignore them? Give them a kiss on the cheek or talk to them about why their behavior is unacceptable?

Your response to this question will offer some insight into your parenting style. More specifically, it could help determine which Baumrind parenting style you utilize in your household. Diane Baumrind, a clinical and developmental psychologist, identified the following styles in the 1960s, which are still widespread today:

Authoritarian: This style of parenting is characterized by high demands and high expectations. Parents who utilize this style…

Any Harry Potter fans out there? Think back to how the Dursley’s treated Harry: they gave him strict rules to follow and showed no mercy when he broke said rules. (I mean they locked him in a cupboard under the stairs…)

Because these parents rarely enforce rules or demands, their children suffer (either now or in the future) with self-regulation and self-control. If you’ve seen Mean Girls, you’ve probably already thought about Amy Poehler’s role as Regina’s mom. Poehler’s character is as lenient as it gets when it comes to parents. And it’s clear that she just wants to be another one of Regina’s besties.

Uninvolved: This next style of parenting is exactly how the name makes it sound: the parents are virtually uninvolved in their child’s life. They typically give their kids free range and just stay out of the way. Additionally, uninvolved parents…

Another classic movie that you’ve likely seen, Matilda, features uninvolved parenting. While Matilda’s dad is more disciplinary (or authoritarian), her mom is mostly uninvolved. One example is when she talks offhandedly to Matilda while doing her hair: she guesses that her daughter is only four years old, but Matilda reminds her that she just turned six in August.

Authoritative: This is the final Baumrind parenting style, which can be described as a more balanced approach. Authoritative parents are nurturing and reasonable, and they set clear, fair expectations for their children. In addition, these parents…

Child development experts deem the authoritative parenting style the best out of the four Baumrind styles, as it proves the most beneficial to children. Nobody on TV demonstrates this style better than Danny Tanner from the beloved show Full House: he enforced healthy rules in his household, but he also showed his children the love and respect that they deserved.

Were you able to determine which parenting style you utilize? Let’s look back at the initial question: Imagine that your child is having a major freak-out in the middle of the grocery store, what do you do? If you said you’d scold your child and take away their privileges, you might fall into the authoritarian category. If, on the other hand, you’d simply ignore your child’s screams then you might be an uninvolved parent. Or maybe you’d give them a kiss and focus on comforting them—all signs point to permissive parenting. And finally, if you opted for explaining why your child’s behavior is wrong, you’re likely authoritative—which has been determined by child development experts as the best way to go when it comes to parenting! 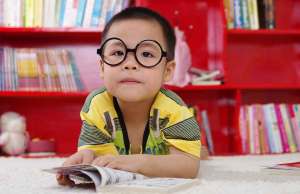 Are Nerf Guns the Next Taboo?
Lenora KM
9 min read
No comments yet
Disclaimer