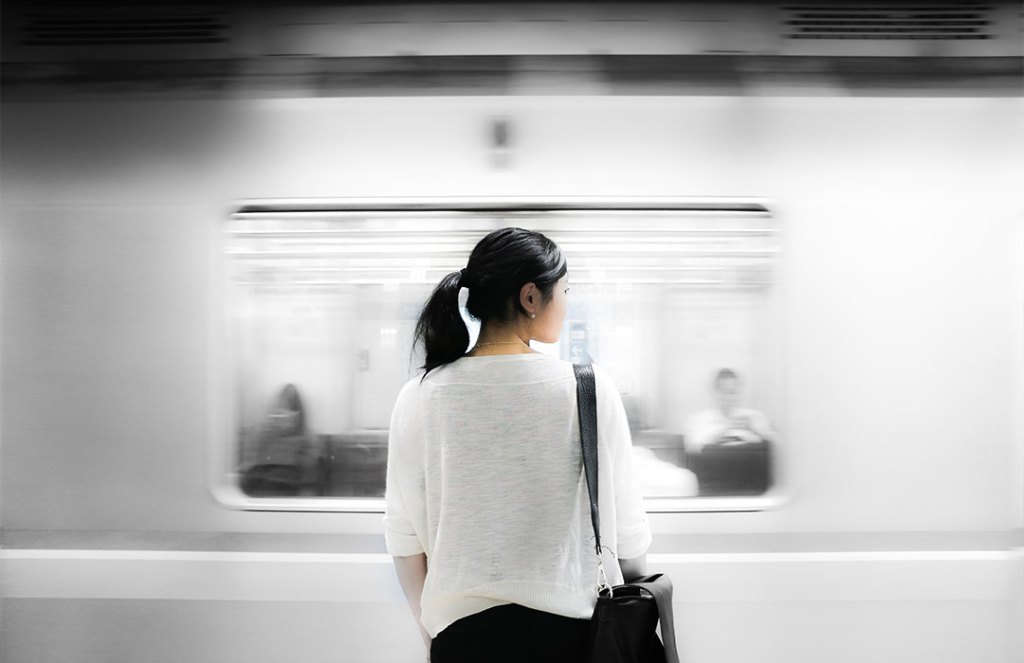 Dylan doesn’t think his life could get any better. He made the top sales at his job last week, all while partying every night and he wrote the first draft of a novel that’s surely going to be a best seller. He decided to buy a new sports car, even though he current car is in fine shape.  He feels like he deserves a vacation, so he charged a 12-day cruise on his credit card.  He’ll pay off these expenses easily now that he knows he will be rich.    He doesn’t even need sleep, thriving on just three hours a night.

His friends and coworkers though, are concerned.  He is acting out of character, he seems hyper, overexcited and talks very fast.  His plans are exciting, but they seem kind of unrealistic.  Dylan is normally quiet, wasn’t a fan of partying, and always very financially stringent. He wrote a little, but it was always just a personal hobby, he kept to himself.

Suddenly, in two weeks, Dylan crashes down. The lack of sleep crashes over him and he realizes he has no way of paying off the loans he took out for the car and plane ticket. His future seems dark and desolate now, and Dylan isn’t sure what the point of it all is anymore… he falls into a deep depression and has trouble even getting out of bed in the morning.

What happened? Dylan might have Bipolar Disorder. Bipolar Disorder can be frightening and devastating to the life you’ve worked so hard to construct. But there is hope. When properly managed, Bipolar Disorder doesn’t have to control your life. Thriveworks Newark is here to help you navigate the many paths of treatment and the strains it may put on your life.

What Is Bipolar Disorder?

“Bipolar Disorder” can be a diagnosis that sends fear spiraling through you. It’s a very stereotyped disorder that many people think means a life doomed to sporadic, unmanageable mood shifts. Not true!

While managing Bipolar Disorder is hard, it is also possible. Many people have lived successful, happy lives with their Bipolar under control. So, what does having Bipolar Disorder mean? It’s defining characteristic are the two distinct mood phases. On one end, you might feel depressed and hopeless, without any energy. Then suddenly, you’ll be full of energy with dreams and goals and the drive to accomplish them. That is the manic phase and can include everything from reckless spending to full-on delusions.

A manic episode will always be present in Bipolar Disorder. It can last up to two weeks. Some symptoms of a manic phase include:

The manic cycle can be terrifying! It can come out of nowhere and have lasting impacts. Thriveworks Newark is here for you as you learn how to manage these shifts and find the right treatment for you. You are much more than your Bipolar Disorder, and we want to work with you and your goals.  Some people with Bipolar Disorder have a less severe form, called Bipolar II Disorder.  Those with Bipolar II experience less dramatic manic phases called “hypomanic episodes.”  These episodes include all of the symptoms above except hallucinations and delusions, and the symptoms are milder and less obvious.

Manic episodes are only half of the struggle when it comes to Bipolar Disorder. The other half is the depression phase. It can last up to months and cause just as much pain and destruction. Some symptoms include:

No one deserves to feel depressed. Thriveworks Newark is here to guide you through the dark and back out to hope and control, even when it seems too far away. We have years of training and experiencing treating Bipolar Disorder. You aren’t alone with this fight. It might take a while to find the right medication and additional support, but we will be with you through all of it.

The polar opposite sides of Bipolar can make it feel impossible to manage. And oftentimes, traditional therapy doesn’t do the trick. But researchers have found that a good mix of medication and therapy can expand your strengths and bring calm back to your life.

The battle with Bipolar Disorder never really goes away. Which is one of the many reasons why having a good support team is so vital! Thriveworks Newark is excited and honored to be apart of that. We have seen strong individuals like you live happy, fulfilling lives separate from their Bipolar Disorder.

Bipolar Disorder treatment almost always involves medication. Finding the perfect fit for you can be tricky, and we can provide the right support for you as you go through that.

Of course, medication can’t make all your problems go away! Especially during a depressive episode, talking with a professional counselor can be extremely helpful.  Learning how to identify signs of mania/hypomania and depression in yourself can help you to manage your life better.  Our skilled therapists at Thriveworks Newark can help support you when you are experiencing the ups and downs of Bipolar Disorder and help you to learn ways to cope and manage your symptoms.

Your Bipolar Disorder doesn’t have to be a death sentence! You can still live the life you’ve always dreamed of; you might just need a little extra support. Thriveworks Newark is excited to begin the journey of healing and growth with you today.

I called to make an appointment for my daughter and Kenyata was SO friendly and helpful. She answered all of my questions and was so easy to talk to. Scheduling as a first-time patient is always so difficult, but this was so easy and accomodating. If the scale is 1-5, 5 being the best, I'd give my experience a 10!

Has helped me come a long, very easy to talk to and understanding, highly recommend

Michael Beckham is a strong counselor.

I recommend Michael Beckham without reservation. He was both a colleague of mine and a supervisor and I've known him to be an outstanding, caring clinician. Michael is highly intelligent, warm, empathetic and effective. He has a great deal of experience and is beloved by his patients.

I called to make an appointment for my daughter and Kenyata was SO friendly and helpful. She answered all of my questions and was so easy to talk to. Scheduling as a first-time patient is always so difficult, but this was so easy and accomodating. If the scale is 1-5, 5 being the best, I'd give my experience a 10!

Has helped me come a long, very easy to talk to and understanding, highly recommend

Michael Beckham is a strong counselor.

I recommend Michael Beckham without reservation. He was both a colleague of mine and a supervisor and I've known him to be an outstanding, caring clinician. Michael is highly intelligent, warm, empathetic and effective. He has a great deal of experience and is beloved by his patients.

Dr. Thompson is an excellent therapist. She really helped me when I was struggling. I’ve known her for years and she is a very kind and caring person. I highly recommend this practice.

Dr. Deb Thompson is a kind, caring and thoughtful person. Very easy to talk to.

I highly recommend this practice! Super friendly staff, easy appt scheduling, great therapists with a wide range of styles and approaches. The director, Dr Thompson, is smart, and kind, and so down to earth, she really listens.

The right kind of help when I needed it

Dr Thompson provides great support and advice. She helped me through a rough time in my life and gave me the right kind of help when I needed it. I learned a ton about myself, cleaned up some past baggage that was weighing me down, and got my life back on track. I still use the skills she taught me in my relationships, at work, with my kids and I feel in control of my life. I’m not happy go lucky 100% of the time, but I’m much more relaxed and open and confident that I can handle whatever comes up. Big thanks to Dr Thompson!

When Dr Thompson announced she was opening a Thriveworks office in Newark, I was thrilled. Over the past 20 years, I have referred many clients to Dr Thompson and found her to be sensitive, caring, ethical, and highly skilled with a wide range of clients. She was able to connect with folks who’ve had difficulty finding a good fit with other clinicians, and she seemed to know just the right approach with some of my clients who’d tried therapy in the past, but didn’t really feel at ease. Her compassion, experience, and excellent clinical skills make her my first choice when referring out; I would send my own family members to Dr Thompson.

I have known Dr.Thompson for many years and completely trust her professionalism and expertise. I wish she would open a Thriveworks in my town.

I have known Dr. Thompson for many years. Her compassion for and commitment to people make her an amazing clinician. She is a great listener and a professional practitioner. I would recommend her to anyone looking for care.

Dr. Debra Thompson has been so helpful to our family. She is a very professional, knowledgeable, and resourceful psychologist. I can highly recommend her!

Dr. Thompson is a respected colleague-she is always prepared and truly cares about colleagues and clients. I would recommend her without hesitation.

Thriveworks Newark is the best!

I cannot not say enough about this place! The space is beautiful, and the process of getting help is really easy and affordable. The Clinical Director, Dr. Thompson, was so kind and patient with our questions. I highly recommend you contact Thriveworks Newark, if you need a counselor.

The owner, Dr. Debra Thompson, has been so supportive and helpful! She is so perceptive and insightful. I would encourage anyone to seek services here!

Dr. Thompson is excellent and I would highly recommend her. She’s very kind and caring, extremely thoughtful and ethical. I would definitely recommend her to anyone.

Dr. Thompson is so warm and compassionate.  She is very easy to talk to, and really cares about people! I highly recommend her!!!

I highly recommend Dr. Debra Thompson. She’s been a colleague of mine for many years, and I’ve always admired her effectiveness, professionalism, warmth, dependability, and trustworthiness.