Your 12-year-old son keeps getting in trouble at school — for picking on his classmates, lying to his teacher, and even stealing other kids’ things. You think he’s just “acting out.” Until you find out he’s been sneaking out at night for the last 6 months.

It becomes apparent that your son isn’t just acting out or going through a phase. He’s repeatedly breaking the rules, being deceitful, and acting aggressively toward others.

If this truly describes your child, they might have conduct disorder. Let’s learn more about this mental health disorder, including signs and symptoms, types, causes, and treatment. But from the jump: Know that conduct disorder is treatable and your child can learn to manage these behavior problems. 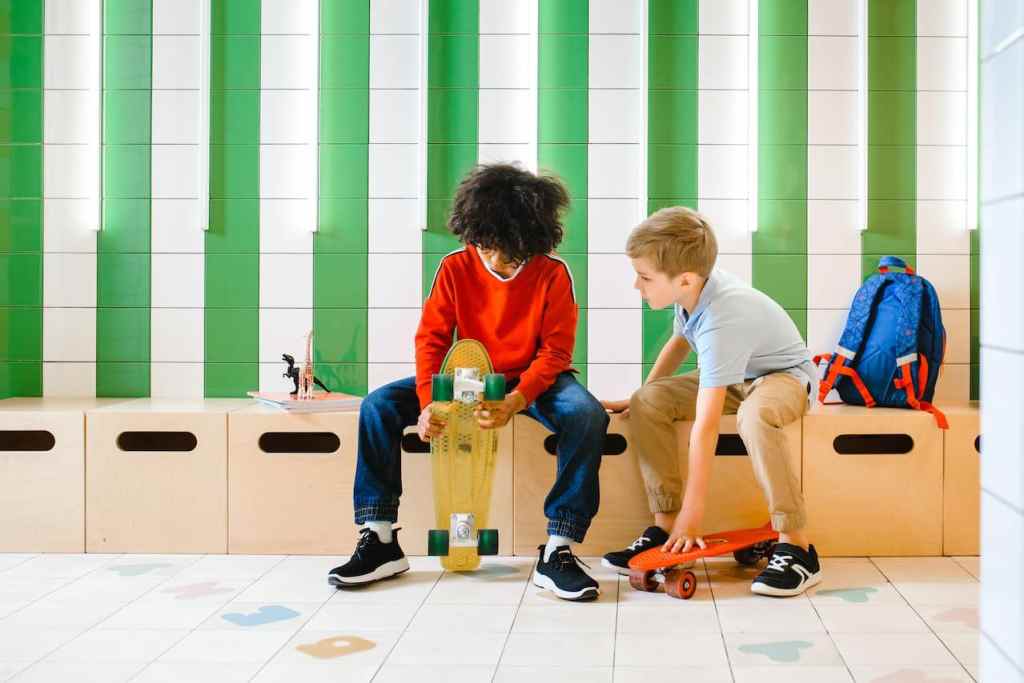 What Is Conduct Disorder?

Conduct disorder is a mental health disorder that’s characterized by a pattern of behavior that violates the basic rights of others, societal norms, or rules and regulations — or, to put it simply, disorderly conduct. Those with conduct disorder might show aggression toward people and animals, destroy property, lie and steal, and/or break the rules.

Most often, conduct disorder is diagnosed in children and adolescents. Diagnosis after the age of 16 is rare; however, it can persist into adulthood (more on this later). Sometimes called juvenile delinquency, conduct disorder’s behavior patterns often cause disciplinary action from parents and teachers, in addition to the juvenile justice system.

Is Conduct Disorder a Mental Illness?

Yes. Conduct disorder is listed in the “Disruptive, Impulse-Control, and Conduct Disorders” section of the Diagnostic and Statistical Manual of Mental Disorders, Fifth Edition (DSM-5). This is a book on mental disorders used by mental health professionals for assessment and diagnosis.

Conduct disorder is broken out into two major subtypes, based on the age of onset: childhood-onset type and adolescent-onset type. In each subtype, the disorder can be mild, moderate, or severe.

Important note: Because many of the behaviors of individuals with conduct disorder are hidden, parents and caregivers may not report the initial symptoms and often overestimate the year conduct disorder began. In fact, estimates are often two years later than the actual onset.

These children are more likely to have continuous conduct disorder that develops into adult antisocial personality disorder than individuals with adolescent-onset type.

With adolescent-onset type, individuals don’t display symptoms of conduct disorder until after the age of 10 in adolescence. When compared to individuals with childhood-onset type, these individuals are less likely to show aggressive behaviors. They usually…

Additionally, there is unspecified onset, in which the diagnostic criteria for conduct disorder are met, but it isn’t clear whether symptoms began before or after the age of 10.

What Are Signs of Conduct Disorder?

Conduct disorder symptoms can look different from one person to the next – as mentioned earlier, one’s conduct disorder might manifest as aggression toward people and animals, the destruction of property, deceit and theft, or the violation of rules.

Signs of aggression in those with conduct disorder can include:

Signs of destruction in those with conduct disorder can include:

Some individuals with conduct disorder will lie and steal. This can include:

Violation of the Rules

Those with conduct disorder might violate the rules by:

Those with conduct disorder experience significant impairment at school, at work, and/or in their relationships. Note: If the individual is 17 or older, it’s important to rule out the possibility of antisocial personality disorder.

As with most mental health disorders, there is not one cause of conduct disorder. Instead, there are multiple factors that can play a role in its development.

Risk factors for conduct disorder can be broken into a few main groups:

Temperamental factors, such as a baby’s temperament being under-controlled or the individual having a lower than average intelligence.

Genetic and physiological factors, in which an individual’s parent or sibling has conduct disorder, or a number of other mental health disorders, such as alcohol use disorder, ADHD, or mood disorders like depression and bipolar disorder. In addition, experts have noted a slower resting heart rate and structural as well as functional differences in certain brain areas in individuals with conduct disorder.

Can Conduct Disorder Be Cured?

Conduct disorder can be difficult to overcome; however, it can be treated — and when there is support from parents, teachers, and others, conduct disorder is able to be successfully managed.

Can a Child Outgrow Conduct Disorder?

Most children with conduct disorder (70%) do outgrow it by adolescence, according to the DSM-5. Again, though, intervention and professional treatment are important here. If a child has a support system that steps in to help, the child is better able to manage and eventually kick the behavior patterns characteristic of conduct disorder.

How to cope with conduct disorder? Schedule a therapy session for your child or teen. Therapy is the most common and effective form of treatment. Through cognitive behavioral therapy (CBT), a child or teen can work through their negative attitudes, thoughts, feelings, and behaviors. They’ll learn how to better solve their problems, communicate well with others, manage stress, and control any aggressive impulses.

Family therapy can also be valuable, as the whole family is often affected by the individual’s conduct disorder. This form of therapy can help to improve communication and interactions between family members. In addition, a family therapist can work with these individuals to address any potential contributing factors to the conduct disorder, such as those listed earlier (e.g., parental rejection or neglect). Parents can also be taught how to encourage positive behaviors vs. behavior problems in their children.

“According to [Psychiatrist Virginia A. Sadock, MD] other options for treatment may include pharmacological methods for reduction or control of symptoms such as aggression, irritability, impulsive behavior, and changes in mood,” says Tamiqua Jackson, Psychiatric Mental Health Nurse Practitioner (PMHNP) at Thriveworks. “The efficacy of some antipsychotics, neuroleptics, and antidepressants such as serotonin selective reuptake inhibitors (SSRIs) have been found to be useful in treating these symptoms.”

A medical and/or mental health professional can work with you and your child to determine what the best treatment approach is. And they’ll support you both throughout the process.

What Is Conduct Disorder?

What Are Signs of Conduct Disorder?

Can Conduct Disorder Be Cured?