Two chairs face each other. A man, Mark, sits in one chair and tells the “person” in the empty chair exactly how he feels: he’s angry, he’s saddened, and he’s hurt. This other person is supposed to be his father, and Mark wants to mend their relationship. What is happening here? It is one scenario out of millions that have played out in “the empty chair,” which is an exercise in gestalt therapy to help people deal with conflict in their lives.

Gestalt therapy is a psychotherapeutic approach, which was developed by Fritz Perls—a 20th century psychiatrist—in the 1940s. And unlike most prominent therapies then, it does not focus on discussing a person’s past or analyzing the unconscious. Instead, it focuses on the present. Gestalt therapy also acknowledges that people are made up of three separate components—mind, body, and soul—which function as a whole. In fact, the word “gestalt” is German for “whole” or a configuration which is greater than the sum of it’s parts.

Gestalt therapists focus on the present to help people work through their unfinished business, such as the conflict between Mark and his father—while the past is important and certainly not left out, gestalt therapy is not about what happened then but, instead, how it affects a person now. By accepting and appreciating themselves completely, patients are free to move past pain, fear, anxiety, depression, and even low self-esteem. In this way, they can find out who they are and feel free to grow in the ways that are right for them. Gestalt therapy is an approach that creates or borrows techniques that are aimed at helping people take the steps to fulfill their personal growth and development.

What are the Concepts of Gestalt Therapy?

Gestalt Therapy and the Client

Gestalt therapists rely on spontaneity, invention, and being in the present. Some of the interactions between the client and therapist include the following:

The Goal of Gestalt Therapy

Gestalt therapists do not work to change people, but instead help them develop their own self-awareness and presence in the moment. Doing this helps them to improve the issues they face in life. Let’s look back on the example of Mark using the empty chair technique: he may be confronting issues that began long ago, but they affect him in the present as well. And in talking to the empty chair as if it were his father, he’s expressing the thoughts and feelings he has in present day. This demands Mark to acknowledge his emotions related to his father and their conflict and helps him move on from his pain and ill will.

Who Benefits from Gestalt Therapy?

When it was first developed, gestalt therapy was mostly used for individuals who were anxious or depressed and were not showing serious pathological symptoms. It is still used for anxiety and depression, but it has also been successful for clients with personality disorders, as well as for couples and families. And you know who else it can benefit? You! If you’ve been thinking about trying therapy and gestalt therapy sounds like it may be a great fit for you, give it a shot—because you can thrive and we can help. Click here to see a counselor or coach this week, if not within 24 hours. 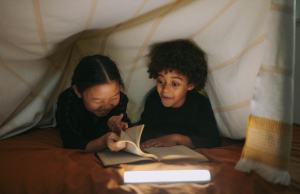 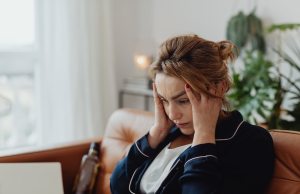 Is it okay to cut off family members with toxic traits? 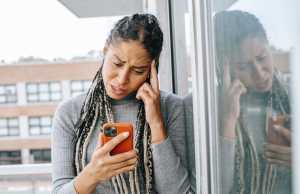