It is entirely natural to experience a range of emotions after a traumatic event. Most people recover from these initial reactions and feelings within a few weeks. However, if you have ongoing problems, there could be something else going on, like post-traumatic stress disorder (PTSD).

This practical guide will help you understand what PTSD is, how it impacts lives, and what to do about it. You can sit down and read the complete guide, jump to the bits you want to know about, or take it in a little at a time. PTSD can happen to anyone, and this guide is for everyone. 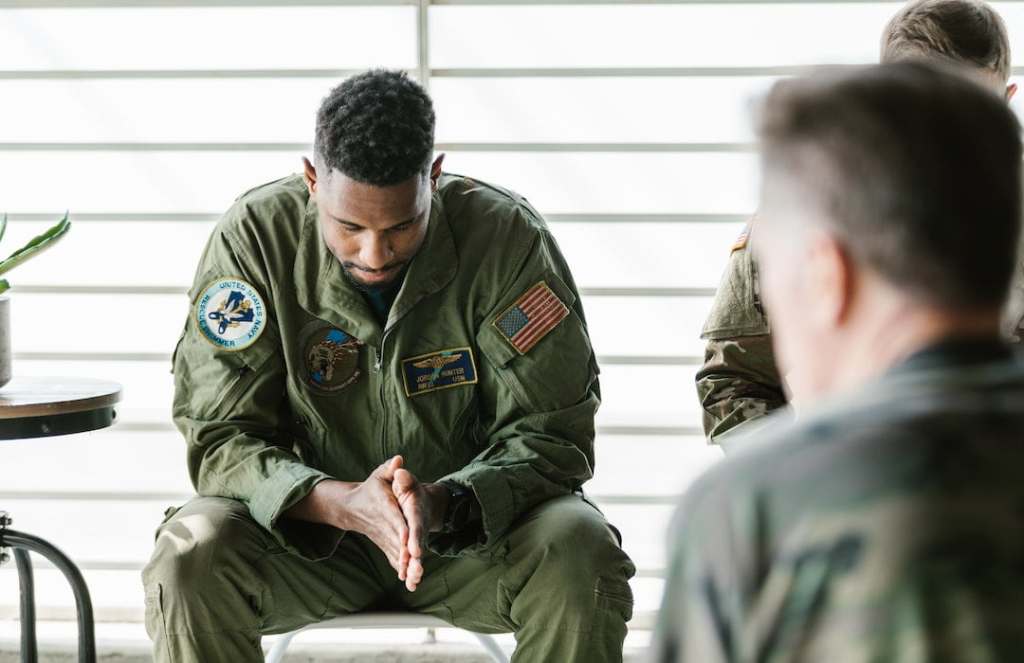 What Is Post-traumatic Stress Disorder (PTSD)?

PTSD is a condition, categorized as a Trauma- and Stressor-Related Disorder, that some people develop after exposure to a traumatic event. It is an ongoing and intense physical and emotional response.

It’s normal to have distressing memories, trouble sleeping, or feel a range of emotions after this type of event. However, if the feelings and symptoms last more than a few months, it may be PTSD. Although often connected to war veterans and survivors, it can happen to anyone who has experienced trauma.

What Are the Causes of PTSD?

PTSD occurs as a result of exposure to traumatic events. It’s important to remember that PTSD isn’t always caused by a traumatic event that physically happens to you. Some people develop PTSD after witnessing a friend or loved one experiencing harm or being put in a dangerous situation. The unexpected death of someone close to you can also lead to PTSD.

What Classifies as a Traumatic Event?

There is no one exhaustive list of trauma-related stimuli. They are described as situations that cause fear, helplessness, serious injury, or a threat of injury or death. It could be one event or a series of events. It could be something you are involved in or witness.

Examples of traumatic events that may lead to PTSD include:

What Are the Symptoms of PTSD?

Symptoms of PTSD usually appear soon after a traumatic event; however, in some cases, they might not appear until weeks, months, or even years later. Not everyone has the same symptoms, and people experience symptoms in their own way. PTSD symptoms are categorized into four different types.

Dissociative PTSD subtypes also exist, which come with dissociative symptoms like depersonalization and/or derealization – more on that soon.

What Are the Physical Effects of PTSD?

Some people with PTSD experience physical symptoms similar to what people with anxiety experience. This is because, when we are under stress, our body releases the hormones cortisol and adrenaline. With PTSD, some people continue to produce these hormones when they are no longer in a dangerous or stressful situation. These physical symptoms include:

While the above encompasses the most common PTSD symptoms, the following criteria as outlined in the DSM-5 must be met in order for a post-traumatic stress disorder diagnosis to be made (in those older than 6 years of age):

…with dissociative symptoms, which means the individual has symptoms that meet the criteria for the disorder and experiences persistent or recurrent symptoms of either of the following in response to the stress:

…with delayed expression, which is where the individual does not meet full criteria until at least 6 months after the traumatic event occurred.

PTSD DSM-5 Code: What Is the Diagnosis Code for PTSD?

The PTSD DSM-5 code is 309.81 (F43.10). Diagnostic codes of the like are used for medical record keeping. They’re outlined in the Diagnostic and Statistical Manual of Mental Disorders, Fifth Edition (DSM-5), for medical and mental health professionals’ easy reference when diagnosing and treating mental health disorders.

Want to talk to a PTSD therapist?

How Common is PTSD?

You may think experiencing trauma isn’t that common. However, it is quite the opposite. In fact, 60% of men and 50% of women are estimated to experience trauma at some point in their life. Furthermore, the National Center for PTSD states that approximately 6 out of every 100 people will experience PTSD at some point in their lives. And over the last year, PTSD affected 3.6% of adults in the United States (US). This is equivalent to around 8 million adults experiencing PTSD symptoms every year.

PTSD is more common in women than men. This is due to sexual assault being the most frequent type of traumatic experience reported by women with PTSD. Approximately 8 in every 100 women develop PTSD sometime during their lifetime compared with 4 in every 100 men.

Who Is at Risk of Developing PTSD?

What Are the 5 Stages of PTSD?

How Does PTSD Impact a Person's Life?

PTSD impacts everyone’s life differently. There is a vast range of emotional and physical symptoms. Below are a few examples of how PTSD can affect life; however, no person’s story is the same as the next.

People with PTSD can have trouble in relationships with family or friends. “This is due to mistrust following traumatic events and developing cognitions such as, ‘The world is not safe,’” Ridley explains. “These individuals then isolate themselves out of fear of frightening events or experiences recurring and wanting to protect themselves from ever experiencing similar trauma again.”

For caregivers, their symptoms might also directly impact their children. Children may not understand what is happening if their parent is having re-experiencing symptoms. Or, a parent with PTSD might not feel like joining in family events or doing fun activities. If you have PTSD, it can be hard to have “good” feelings. Some people simply feel like they can no longer enjoy life.

PTSD symptoms make it hard for someone to function like they usually would. They may be afraid of going out of the house, experience panic attacks, avoid social situations, be easily startled, or have symptoms triggered by specific sounds or smells.

Some people with PTSD turn to alcohol or drug abuse which can lead to losing their job, home, or close relationships. Others may not be able to work because of other physical or emotional symptoms. Symptoms can make it hard to do something seen as simple, like a grocery shop, meaning a person with PTSD might not care for themselves properly.

Can PTSD Be Cured?

PTSD can be treated but not cured. Treatment means you can learn to effectively manage symptoms, restore normal functioning, and get back to living your life. For some people, symptoms might be alleviated completely. For those whose symptoms do not completely go away, they often see significant improvements with treatment and experience a much better quality of life.

How Is PTSD Treated?

There are several effective treatments for PTSD. Two of the most recommended and researched trauma therapies are:

“With help from therapies such as trauma-focused cognitive behavioral therapy (TF-CBT) and eye movement desensitization and reprocessing (EMDR) therapy, individuals may be able to reprocess trauma in a safe and therapeutic way,” says Ridley. Other therapies that might be recommended include:

Treatment is a different process for everyone. You may think that you don’t need treatment. However, when PTSD isn’t treated, it usually doesn’t go away and may even get worse. Most people find treatment helps them to live a better quality of life.

How Do You Manage PTSD in Your Everyday Life?

PTSD can be overwhelming. Here are a few things that might help in addition to seeking professional treatment in the form of therapy and/or medication:

What Is Post-traumatic Stress Disorder (PTSD)?

What Are the Causes of PTSD?

What Classifies as a Traumatic Event?

What Are the Symptoms of PTSD?

How Common is PTSD?

Who Is at Risk of Developing PTSD?

What Are the 5 Stages of PTSD?

How Does PTSD Impact a Person's Life?

Can PTSD Be Cured?

How Is PTSD Treated?

How Do You Manage PTSD in Your Everyday Life? 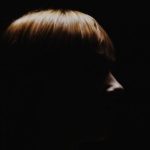 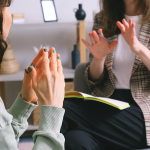 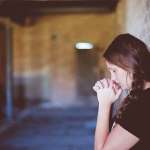 When the past is ever-present: Examining complex post-traumatic stress disorder

Helen is a medical and health writer who strives to make health literacy accessible. She has an extensive background as a health care professional and senior leader in the UK National Health Service (NHS).

The long-term impacts of 9/11: How to cope with PTSD after almost two decades
Madison Bambini
5 min read
No comments yet
Disclaimer