How to survive a viral punishment: Cancel culture stories of social sanctions and online shaming

It wouldn’t surprise me if cavepeople worried about getting canceled. Steal someone’s share of the weekly mammoth meat and you’d probably be ostracized by the clan, forced to make your own fire in a lesser, lonelier cave. Until your people forgave your transgression and invited you back into the fold, you’d risk getting attacked by saber-toothed tigers. All in all, not so different from what happened to Ellen Degeneres.

Yes, “cancel culture” has been around since the Stone Age. It’s everything, in that human societies depend on shared values to survive. And it’s nothing, in that it doesn’t actually exist. It’s just a made-up 21st-century term that’s meant to keep people in line—business as usual. Let’s look at the psychological forces driving cancel culture and how we, social animals, can protect ourselves from viral outrage and unfollows. But first, a story. 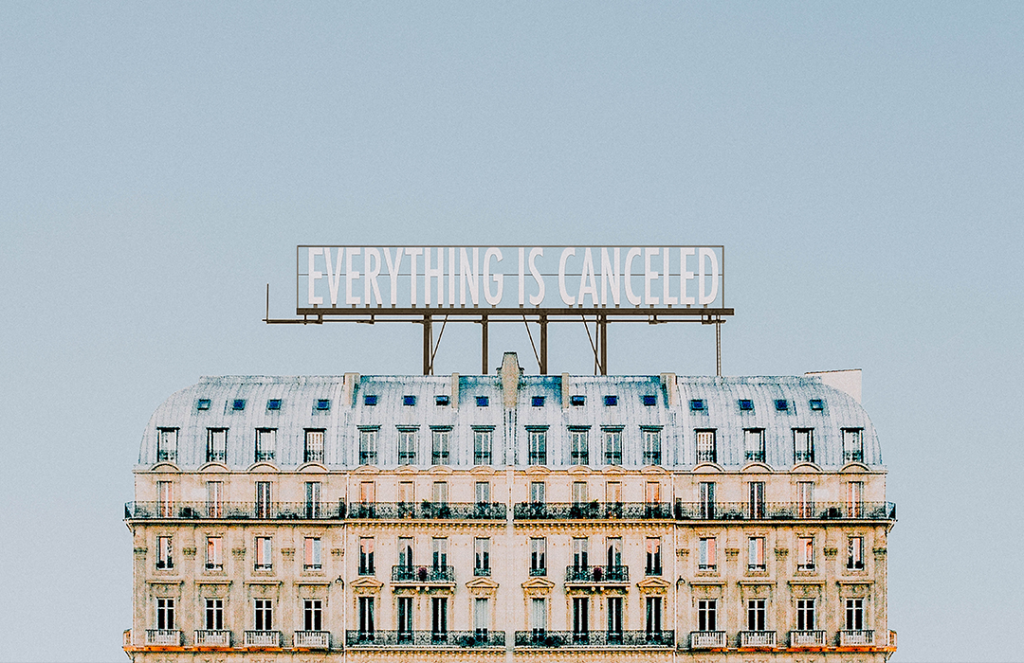 Two young black men grow up in the predominantly white European cities of Munich and Paris. Robert Pilatus spends his first four years in a German orphanage and is later bullied by classmates. He goes to the US for a breakdancing competition and meets Fabrice Morvan. Rob and Fab become fast friends and end up living together in a Munich housing project, practically starving. But they’re creative and ambitious. They work as background singers and even record an album.

Then Frank Farian finds them. He’s a German record producer who updates an old track with synthesizers galore, then needs handsome faces to complement the recording. He pays Rob and Fab $4,000 each to lip sync and dance to his track. He doesn’t allow their artistic input. “Girl You Know It’s True” goes to #1 in Germany, Arista signs them in the US, and the R&B group blows up. Shortly after winning a Grammy for Best New Artist, Rob and Fab admit they were lip syncing on all their famous singles. The world immediately cancels them.

“To lose everything so publicly was harsh,” Morvan reflected later. “You don’t know where to turn to because there’s nobody around you, you’re left alone. We were famous and now we’re infamous just like that.” Rob Pilatus, Morvan’s bandmate, died of a drug overdose in 1998 at the age of 32.

What Happened to Milli Vanilli Must Never Be Repeated

Dating myself here, but Milli Vanilli is only one example of pop culture cancellations I remember from my youth. There was also Sinead O’Connor, the Irish singer who was cancelled in 1992 for ripping up a picture of the Pope in protest of Roman Catholic child sex abuse. This happened a full nine years before John Paul II admitted that child abuse was a church-wide crisis.

Both of these incidents happened long before Twitter, mind you. But Milli Vanilli and Sinead O’Connor were still savaged by the public. It took decades before people began to realize that the informal social sanctions they inflicted on these well-meaning musicians were probably too harsh.

On the flip side, there are powerful people who got away with way too much for way too long and are now being called out for their past misdeeds.

Social norms change. This is not a surprise. Let’s not all scream “cancel culture” when something that was once acceptable now gets deterred through social media enforcement. Sometimes the Twitter mob veers into cyberbullying territory, and that’s a problem, but social sanctions exist to hold a community together and define what its values are. And social sanctions can be positive as well as negative. For (almost) every viral shaming, there’s a viral standing ovation.

Social animals need to cooperate to survive, so how do we do that? We behave ourselves. If we don’t behave, we get the figurative stick. Historically, people got pilloried, dunked, and mockingly paraded. Now we get roasted and humiliated online. It’s not so very different except the reach is much farther and unpredictable. Your bad joke could go viral and plague you for life. Or your friend could DM you, “Not funny, dude,” you’re duly chastened, and that’s the end of the controversy.

In sociology terms, online shaming is an example of third-party punishment (TPP). But TPP is personally risky for two reasons: 1) The person you punish could retaliate; and 2) Your punishment could be excessive/unnecessary and then you’ll be sanctioned by other third parties, or you’ll feel guilty (an internal sanction) (where I’m at with Milli Vanilli).

But when everyone is piling on the abuse, like when a celebrity missteps and Twitter unloads, there’s not much personal risk in adding your own voice to the viral punishment. And who’s going to feel guilty when millions of other people are complicit in the sanction, even if it is excessive?

People also take the risk of TPP because the rewards can be significant. People who punish at personal cost to themselves signal to others that they’re trustworthy and cooperative. This buys them social currency.

In the cancel culture debate, some people say that informal social sanctions are out of control. Everyone is getting cancelled! You have to watch every word you say! It’s censorship! Political correctness gone wild! What governs the use and misuse of social sanctions? Metanorms. Metanorms define when it’s appropriate to sanction and when it’s not. The problem is that cultural values seem to change at lightspeed these days, our enormous social community is super polarized, and Americans can’t seem to agree on metanorms for longer than one or two news cycles. So until our values stabilize, it’s going to look a little messy out there.

Other Psychological Factors Behind Cancel Culture

Cancel culture is complicated because it’s a reflection of our complex, temperamental society. Countless other factors contribute to the phenomenon, including the following:

“It also requires a much smaller group to cancel that average person,” Kelsey says. “A major movie star would most likely not even notice if thirty or forty people were speaking out about something they said or did. For someone in middle school that is more than enough people to cancel them in their social circles.”

If you’ve been “canceled” in your community, whether that means a billion internet users are making fun of you or your three best friends don’t include you in a dinner party, first ask yourself if the sanction is legitimate. If it is, own your mistake. Learn from it. Make an authentic apology. But remember that social sanctions aren’t necessarily about teachable moments. They’re about punishment. So be prepared to do your time.

Now take a deep breath. Get offline and ride it out as best you can. You’ll probably be forgiven. People get bored and find new targets. For example, we all know that Chrissy Teigen is going to make a comeback, just like most powerful celebrities who’ve been “canceled” bounce back eventually. People love redemption stories.

If you’re in distress from getting canceled, lean on your support system: friends, family, therapist. Kelsey recommends identifying the most acute issues first. For example, “If that means that you’re having panic attacks and you see that as the most pressing, we want to implement coping strategies for that. If you’ve lost your job and are worried about your quality of life, we take the time to identify what is getting in the way and get you working. Once we’ve taken that first step we can build upon that success and work forward.”

Fear of getting canceled is a form of social anxiety. You can work to overcome it with exposure training. Gradually face your fears with small forays into your wider community. Bestow positive sanctions online in the form of praise, likes, and defending others. Be kind and build up good will. But if someone crosses a line, you can stand up for the things you value without being a mean girl. And if your third party punishment comes back to bite you, just blame your actions on everyone’s common enemy: the rain.