You’ve read it a thousand times: Social media apps can wreak havoc on our mental health. Many of us (if not all) have heard that distant “ding” that resonates off the kitchen counter and experienced the sudden surge of curiosity — only to discover it’s a spam message, or worse, a post from our ex showing off their new partner. When that little black rectangle remains silent and dormant, it can feel like no one cares about us, much less remembers that we exist. Phones are a gateway to social interactions these days, and Instagram and TikTok are two heavyweights with considerable mental health impacts.

We’re all partially “woke” to the fact that we’re becoming absorbed; and some argue that social apps are a necessary evil with some benefits, just like paying taxes or college pre-requisite courses. So if social media isn’t going away AND we know that it has the potential to cause harm, maybe understanding how and why Instagram and TikTok can affect our mental health can help us counteract the negatives, and cultivate the positives instead. 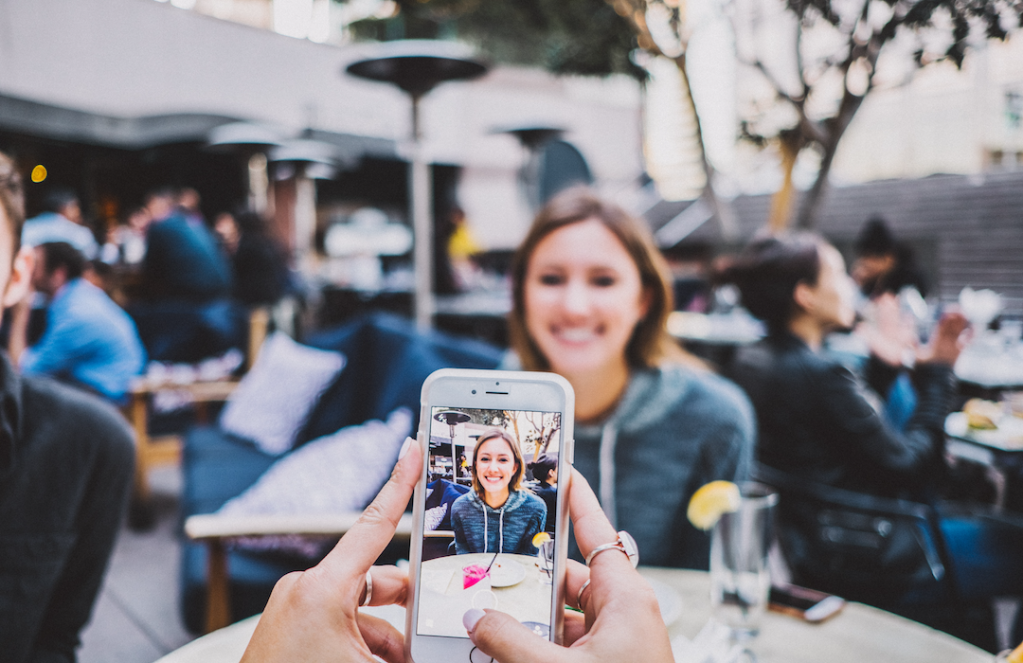 There can’t be a conversation about the connection between social apps and mental health without Instagram. Owned by parent company Meta (what was once known as Facebook), Instagram is an app that has arguably garnered the most negative attention for its mental health effects in recent years. Though the photo and video sharing app generally lacks the politically-charged and divisive nature that Facebook and Twitter have claimed for their own, Instagram has been the focus of a multitude of studies that find negative consequences. Each generally concludes that the app has the potential to break down someone’s self-esteem, body image, and overall happiness from a young age.

Research has proven time and time again that we have an essential need to seek (and hopefully gain) approval from others. A sense of belonging is necessary to our mental health and survival, and we turn to social media, each post betting that other people will find it worthwhile. Instagram is focused on pictures, and so it revolves around one aspect of our human experience: how we visually perceive the world.

Our learning process, reactionary emotions, decision-making, communication, and every other brain functionality is 85% based on visual perception and sense of sight alone. So we can’t help but compare ourselves to others, or others to others, based on the concept of beauty. It doesn’t matter if the Instagram post is a beautiful vacation, significant other, or selfie; comparisons inevitably happen. The effects aren’t great, though:

Instagram might not only be addicting and damaging to our mental health, but it might be fundamentally altering the way younger generations learn how to socialize and interact with each other, without that process needing to occur in the real world. It’s not all doom and gloom, though. Evidence is pointing out that similarly to safe sex education, young adults can be warned of the association between Instagram use and mental health conditions.

Such interventions, which teach something known as social media literacy, have been shown to reduce the chances of young women developing eating disorders and other mental health conditions as a result of their Instagram use.

After having taken the world by storm only a handful of years ago, TikTok remains firmly rooted in its rank as one of the world’s most popular social media apps, with approximately 1 billion users, many of whom are active for a little under an hour per day. The content is different than Instagram’s, markedly so. TikToks are based on brevity — the shorter and more impactful the message is, whether it’s funny, sad, weird, or angry — the better. TikToks can be easily consumed because each video typically lasts under 30 seconds.

This also means more unique content is absorbed per session, translating into more time spent scrolling through the app, making it less difficult to get bored. TikTok hasn’t been around as long as Instagram or other apps, but its usage has been associated with several negative mental health effects including:

But unlike Instagram, TikTok has quickly become somewhat of a haven for positive mental health discussions. Content and comments related to taboo topics such as depression, suicide, and other difficult mental health subjects have actually taken hold of the platform. Part of this is due to the app’s design; users are able to share content that’s visually appealing, brief, and emotionally charged. It’s a brilliant platform to use in order to make a bold and brief statement with a lasting, shareable impact.

TikTok has taken steps to both moderate potentially harmful content and to promote mental health resources for TikTok users during the COVID-19 pandemic and beyond. While the platform has a long way to go and has struggled with ongoing issues such as the sexualization of minors in its past and present, TikTok presents a compellingly hopeful look at what responsible stewardship of social media platforms could look like. With 25% of users being between the ages of 10 and 19, it’s imperative that TikTok does its best to protect young adults from the damage that apps like Instagram have unintentionally caused.

Some positive news, though; mental health professionals have started to take advantage of TikTok’s mass appeal to reach younger, broader audiences to de-bunk stigma, spread positive messages, or share self-care tips. In fact, it could be said that self-care and mental health awareness have actually become “cool” on TikTok, or at the very least, these once-clunky topics have been made vastly more accessible by one of the world’s most popular social apps.

Tips on Making the Most Out of Instagram and TikTok

Your family, your friends, and even your coworkers will most likely miss you if you decide to swear off social media. That shouldn’t stop you from doing it (there’s always the option of meeting up in real life!), but the more practical option is to moderate how you use Instagram and TikTok, now that you know what the effects of both can be. Some steps to do so might include:

Instagram and TikTok are the most popular social media apps for Millennials and Gen Z. They aren’t going away, at least not until something better or more enveloping comes along. These apps have the potential to cause a lot of harm when used without caution. But the nature of their content determines the effects on users, and Instagram and TikTok are an interesting pair to contrast against one another.

While Instagram seems to prey on our visual bias, TikTok may be less harmful, because it takes advantage of short, intense videos that offer a greater chance for a lasting impact. And with an overt emphasis on the developers moderating content, as well as an abundant amount of mental health providers being present, TikTok at least offers a hopeful glimpse into the positives of regular social media use. And you know what? We should be all for it.