I’m a happily partnered mom, but no one has to explain to me the benefits of being single. I’m not talking about the joys of online dating and casual sex. I’m talking about keeping your own hours, eating what you want, and TRYING TO WRITE A SENTENCE WITHOUT SOMEONE ELSE’S NOISES IN THE BACKGROUND.

Like I said, I get it. But let me explain it in case you’re on the fence. 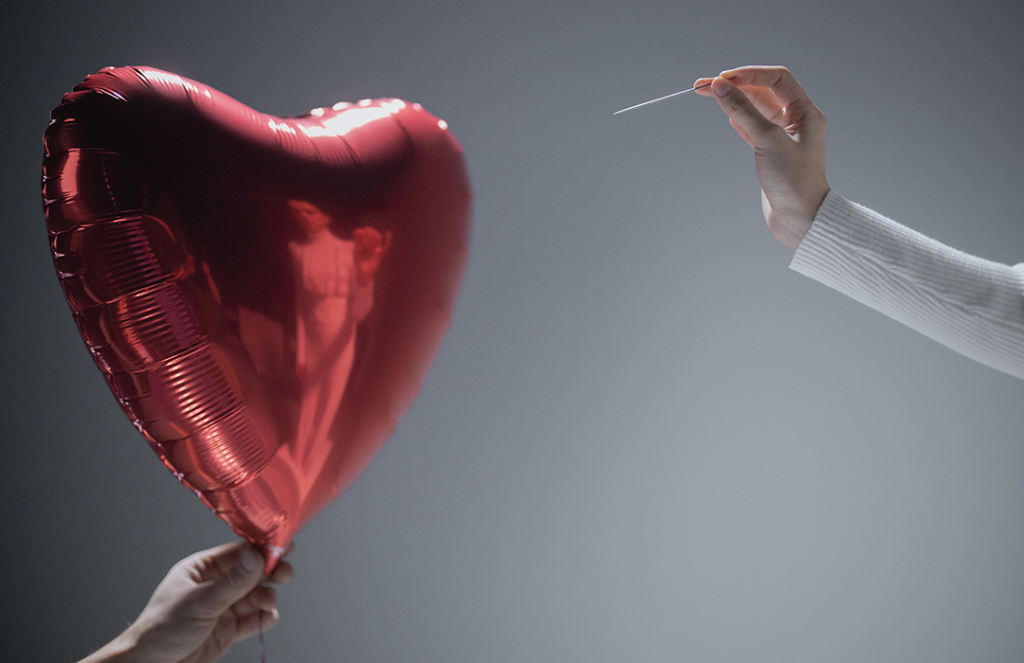 Why Do We Even Have Romantic Attachments?

From the perspective of evolutionary psychology, humans get married and have kids because they’re a reproductive species whose progeny can benefit from the material support of two people. Hence the notion of romantic love, which motivates people to stay partnered for the survival of their children. From this perspective, intimacy isn’t exactly a fairy tale. And obviously in today’s society, heterosexual and LGBTQ people alike can freely make their own choices about their “reproductive success”, choosing to have kids or not have kids, raise kids alone or raise them with a partner.

That’s because the mating market is different now. About half of all adults in the US are single, and their numbers continue to rise. No longer do males have to duke it out for the sexual attention of a female. No longer are marriages highly regulated by social norms and strategic alliances. No longer do women have to give birth to children just because they had sex, or depend on their mates for food and resources. People are largely liberated from those ancestral pressures for coupledom. And yet single folks who choose to embrace solo life are still discriminated against.

The psychologist Bella DePaulo coined the term “singlism” to describe how single people in our society can be marginalized, stigmatized, and stereotyped (here’s her TED Talk). Singlism can be socio-cultural, as when a married friend only includes her single girlfriend in solo lunches, not couples dinners. Or, singlism can be institutionalized, as when laws are created that benefit married couples over single people. Singlism can also take place in medicine, as when a doctor doesn’t treat an unmarried patient with intensive chemotherapy because they’re concerned about inadequate post-treatment care from a loved one at home.

Single people are routinely judged by friends and family who think they’re somehow incomplete without a partner. This is called relational prejudice. “Are you dating anyone?” “Are you unloveable?” “Are you broken inside?” “Do you want me to set you up with my third cousin, who is also single but otherwise has nothing in common with you?”

But single people can judge couples, too. We’re boring and insular. We go to farmer’s markets. We dress the same. (This happens to me and my partner all the time, by accident, and I usually make him change his clothes.) One team of researchers studying relational prejudice determined that people “often become evangelists for their own lifestyles.” If someone feels that their relationship status isn’t going to change—that they’re going to be single or unmarried forever—then they’re more likely to idealize their personal lifestyle. It seems that once we commit to a social identity, we can easily become biased toward people who choose differently.

Embracing the Freedom of Solo Life

There are a ton of excellent reasons to be single. According to Dr. DePaulo, one of the most prominent evangelists of the unmarried, people want more than romantic love and domestic companionship. They also “crave autonomy, mastery, purpose and meaning.” She says that single people actually achieve more personal growth, and are more connected to their friends and family. To back up this assertion, one 2015 study on singlehood shows that being single can enhance social involvement and thereby contribute more to social welfare than marriage.

But it’s not a contest.

Is the common denominator amongst happy people the fact that they’re 1) single; 2) in romantic relationships; or 3) able to understand themselves, create some measure of autonomy, and protect their own well-being? To be determined. (By you, not society. And definitely not by Valentine’s Day, which we can all agree to hate.)