Mother’s Day: Understanding the deep connection between mother and child

Mother’s Day is one of those special holidays that for so many of us, reminds us of the unparalleled closeness that can define a parent-child relationship. The bond between a mother and child is often life-long; forged by familial ties and tempered with years of both arguments and heart-to-hearts, and hopefully, the opportunity to eventually see each other at face value.

Beyond the love and respect we show to Mom on the first Sunday in the month of May, the tether between mother and child is far deeper than we might realize.

From our mitochondrial DNA to the way our immune systems function, we inherit a significant amount of life itself from our mothers, before ours ever begins. This Mother’s Day, take a fascinating look at the psychological and biological factors that make the relationship between mother and child so special. 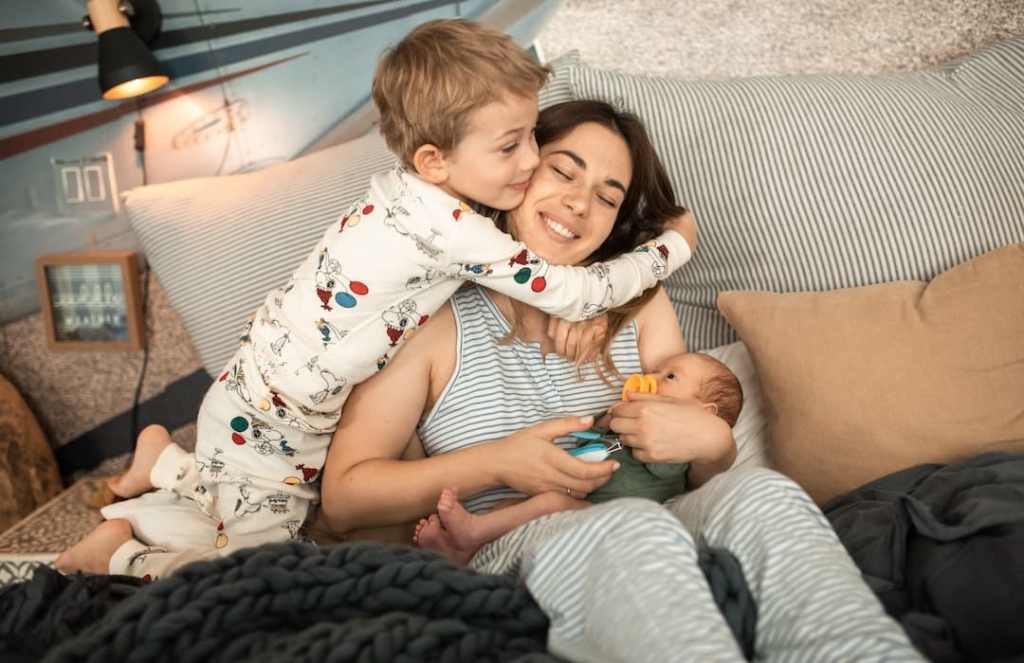 Understanding Our Biological Inheritance from Mom

Earlier this year, I took a DNA test; being mixed-race (and a nerd), I was curious about how the results would turn out. My mother’s family always claimed to be from France—while my father’s side guessed they were from West Africa. I waited a few months for my results and then received an email. My DNA contained mostly French and German ancestry, as well as Nigerian, Ghanian, and Sierra Leonian. Not super shocking, besides some trace amounts of Thai and Sri Lankan.

But I was surprised to learn that I didn’t inherit 50% of both parents’ genes; I had a near-60/40 split, with the majority of my genes coming from my mother. After doing some research, I found out that we rarely receive genes equally from both parents, even though conventional logic would suggest otherwise. Even more intriguing—we inherit our mitochondrial DNA, which controls the rate at which we age, our energy levels, and our muscle strength, from our mom. Men are also more likely to receive more of their mother’s genes.

A mother also passes on her immune system’s natural defense against countless pathogens, which you’ll carry with you for life. According to a 2021 study, this biological armor can even protect babies against COVID-19 infections for up to 6 months, if their mother had contracted the virus. Besides our immune systems, babies naturally (non-caesarian section) also receive a huge portion of their gut flora from their mom during delivery. Having a healthy gut biome (full of the right bacteria) is likely a defense against mental health conditions, as well.

The Psychological Bond Between Mother and Child

An MRI-based study that compared the brain activity of mothers and their teens found some pretty compelling evidence to suggest that parent-child bonds create and alter our neural pathways. The researchers’ data indicated that mothers with a greater attachment to their teenagers (indicated by activated empathy-reward centers seen under MRI) usually have children who report higher relationship quality with their mothers. These teens then tend to respond more empathetically when engaging in their own social interactions.

While the research did indicate that adolescent brains are often more focused on themselves (different pathways in the brain) than their mothers, it’s possible that this is simply a developmental stage in life, as children become young adults forming their own identities.

Other evidence has concluded that the effects of a child’s attachment style in a parent-child relationship can affect a mother’s children for a full 20 years after our birth. In translation, this means if our mother made us feel insecure, avoidant, or ambivalent during infancy and childhood, we’re likely to form romantic relationships with those same attachment styles. The bond between mother and child is both psychological and biologically based—arguably the single most important social connection, in terms of our long-term development.

Your mother may be the most important influence on your experiences in this world, but it isn’t the end of the world if it feels like your mother-child relationship isn’t perfect. And as children become adults, it’s vital for a family’s long-term emotional health that both mothers and their children continue to grow together—and apart. Some tips for creating healthy parent-child relationships include:

This special holiday is a time to consider the different layers that create a special bond between a mother and child. Whether you’re miles apart, or just down the street from one another, you’ll always be connected. To all the moms out there—Happy Mother’s Day; your world is ours.