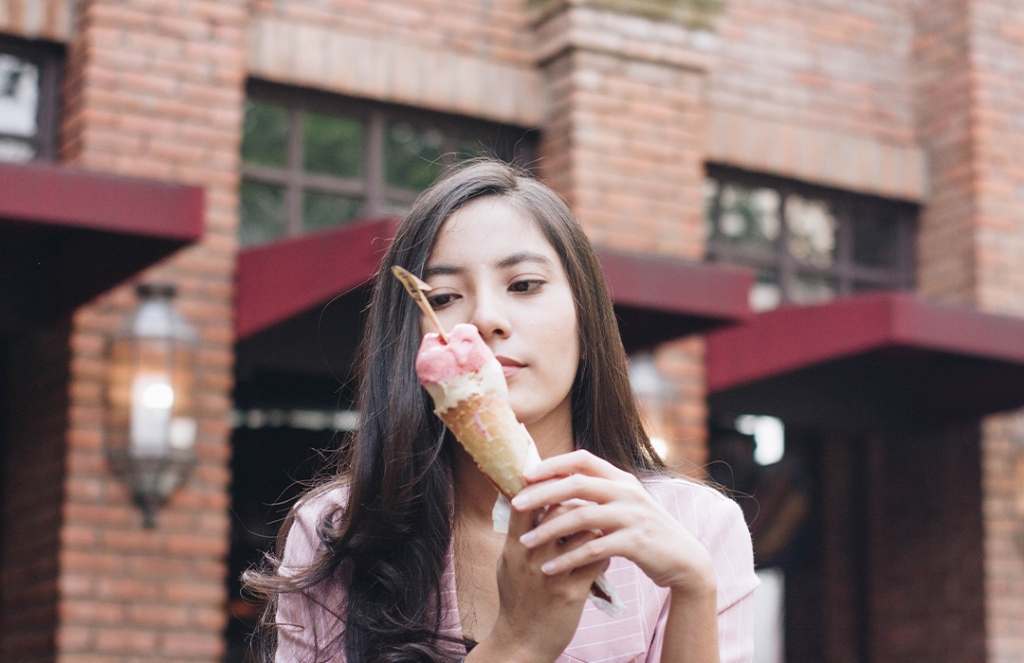 The hit Netflix movie, To the Bone, follows the beautiful and young Ellen’s journey and struggle with anorexia. Ellen is a student and an artist, but this eating disorder is stealing her life away. The 20-year-old should be at school, partying, and planning her bright future, but instead, Ellen moves home and seeks treatment. Ellen’s story may be fictional, but the struggles of recovery are many people’s reality. Even the actress who portrays Ellen, Lily Collins, has opened up about her own real fight against an eating disorder.

Bulimia, anorexia, and other eating disorders have almost always been connected to Hollywood and celebrity culture. Lily Collins is not the only star who has opened up about her struggle, but disordered body image and unhealthy eating habits plague many, average people. Approximately 30 million people in the US struggle with an eating disorder each year. Unfair stereotypes portray anorexia and bulimia as picky phases that teenagers go through and then grow out of, but eating disorders are some of the most serious mental illnesses. The psychiatric disorder with the highest death rate is anorexia. And yet, only about 10 percent of those who struggle receive the treatment they need. Eating disorders are serious illnesses that require serious treatment.

“For me, the interesting thing about anorexia is that you show your wound.
There’s no hiding it. So my anger and sense of disappointment,
all the stuff I was out of touch with, became this visible rebuke to my parents.”
—Marti Noxon

Often, eating disorders are physical manifestations of deep psychological and emotional wounds, as Marti Noxon explains. There are treatments for these wounds that often involve both a physical and psychological element of healing. People are whole beings. Their bodies and their minds are interconnected, and eating disorders are a disease that affects both the mind and the body. Therefore, treatment must address both the mind and the body.

The counselors and therapists at Thriveworks Long Beach offer holistic and individualized treatment to our clients. We know the medical and psychological risks that an eating disorder introduces into an individual’s life, and we have worked with many people to find the relief they need.

Occasionally, loved ones who mean well will tell someone who struggles with an eating disorder that they are looking slim and healthy. While this is almost always meant as a compliment, these loved ones can be unintentionally encouraging a deadly disease. Being skinny and being healthy are two different concepts that many people conflate. Losing weight is not always the right choice, and in fact, it can pose severe risks to people when the obsession with thinness becomes an eating disorder.

Eating disorders come with a host of medical risks, and responding seriously to these serious illnesses is important. Recognizing the signs of anorexia and bulimia and seeking treatment for them may save lives.

There are many different kinds of eating disorders. Bulimia and anorexia may be the most recognizable, and The Diagnostic and Statistical Manual of Mental Disorders, Fifth Edition (DSM-5) outlines signs and symptoms for each.

The DSM-5 defines anorexia as:

The DSM-5 defines bulimia as:

Seeking Help at Thriveworks Long Beach for an Eating Disorder

When you read through the signs and symptoms of anorexia and bulimia, did anything stand out to you? If you are struggling with your body image or with irregular eating habits, consider reaching out for help. The therapists and counselors at Thriveworks Long Beach understand what you are facing, and we have helped many people find relief and healing.

When you call Thriveworks Long Beach, know that you may have your first appointment within 24 hours. We work with many insurance companies and accept most forms of insurance. Your call will be answered by a person—not a voicemail or an automated response system. We also know that not everyone can make an appointment during normal business hours, so we offer evening and weekend appointments.

You do not have to fight an eating disorder alone. Call Thriveworks Long Beach today.