New Thriveworks research shows widespread relationship anxiety in the US

According to new research* from Thriveworks, over a third (34%) of Americans believe that their romantic relationships (current or previous) are the leading cause of their mental health concerns.

Love, attachment, and intimacy can all trigger buried fears, past traumas, and self-esteem issues. And yet we still seek connection with each other, wanting our mutual affection to outweigh our collective baggage. We root for love to triumph despite our past heartbreaks. But it’s precisely those heartbreaks that we want to look at today. Let’s dive into the numbers. 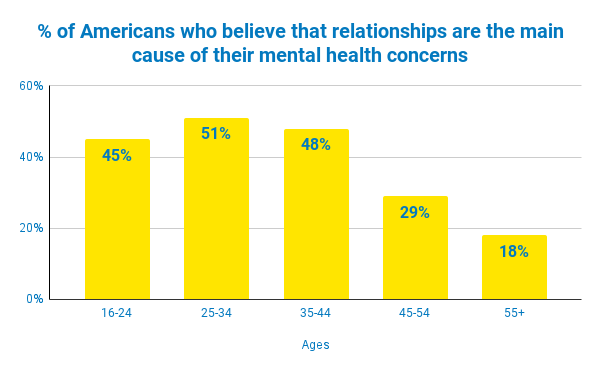 A Nation of Cautious Lovers

The vast majority of people (77%) say that their negative experiences with past partners have influenced the way they show up for present-day and future relationships. For example, 35% of respondents no longer trust people, and 30% of respondents suffered damage to their self-esteem due to previous romantic experiences. Even more people (36%) reported heightened vigilance toward relationship “red flags”. And 18% of respondents claim to have stopped dating altogether because of prior experiences. 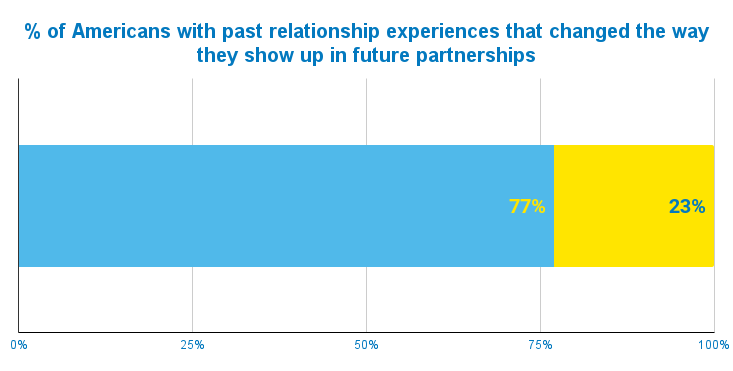 According to Thriveworks survey data, peoples’ mental health concerns seem to be due to poor behavior from past and present romantic partners. A whopping 82% of Americans have been treated in ways that have proved damaging to their mental health. The number of distressing behaviors that people report experiencing with their significant others include:

Granted, some relationship deal-breakers aren’t necessarily a partner’s fault. For example, 16% of respondents blamed mismatched attachment styles for their mental health issues, and 36% blamed differing values (which are notoriously hard to change). 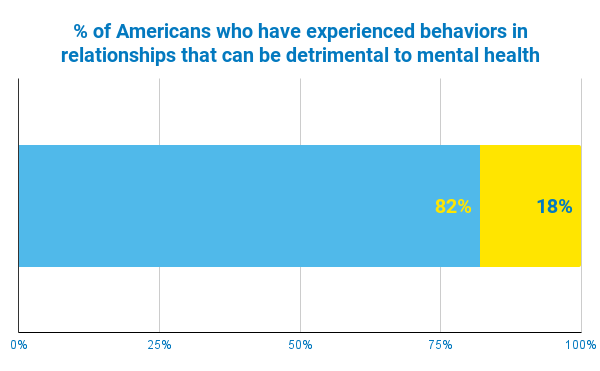 A Breakdown of What Gives Americans Relationship Anxiety

People report different causes of anxiety depending on what stage of a romantic relationship they’re in. For example, early on in a relationship, people report feeling anxious about the following:

People who consider their relationships to be more established worry most about the following: 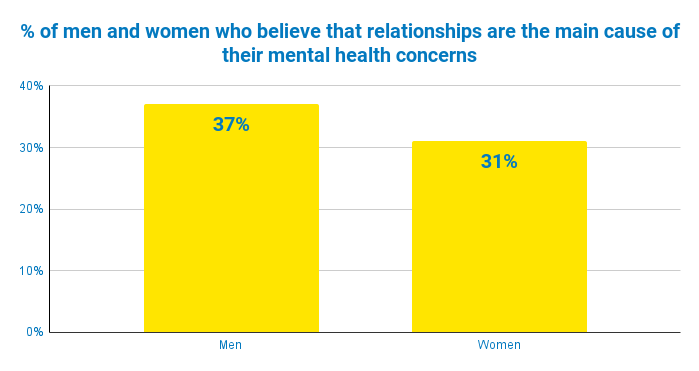 Also, men are more likely than women (32% vs 15%) to believe that you can’t be happy if you’re single. Overall, while 23% of Americans think that happiness requires a romantic partner, a larger percentage (32%) feel pressured to find that partner. And this is even more true for men (34%) than women (29%). 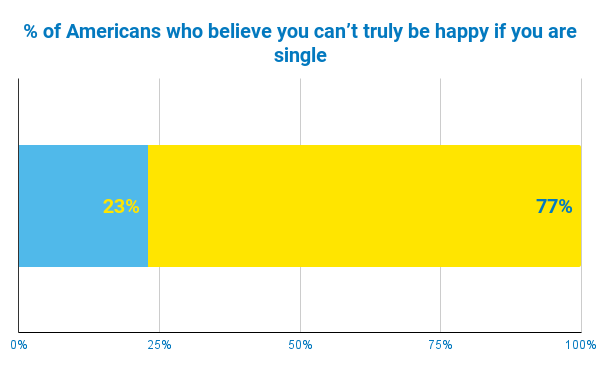 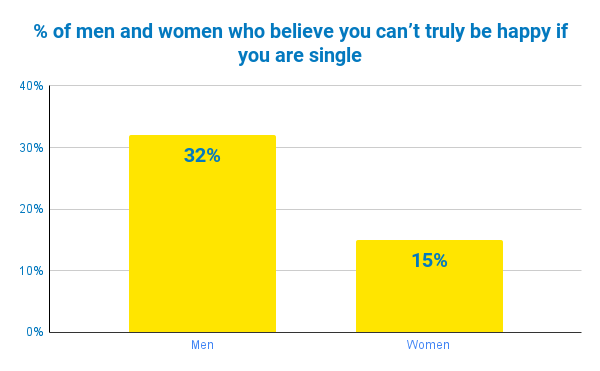 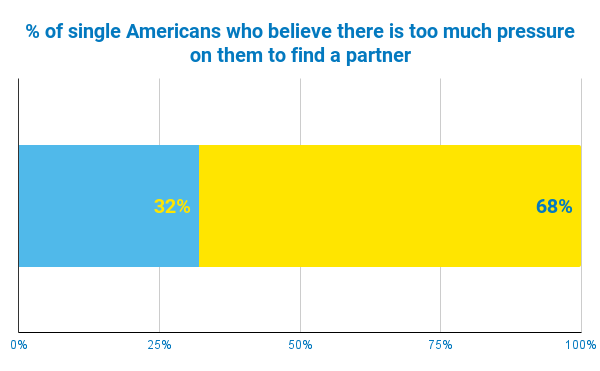 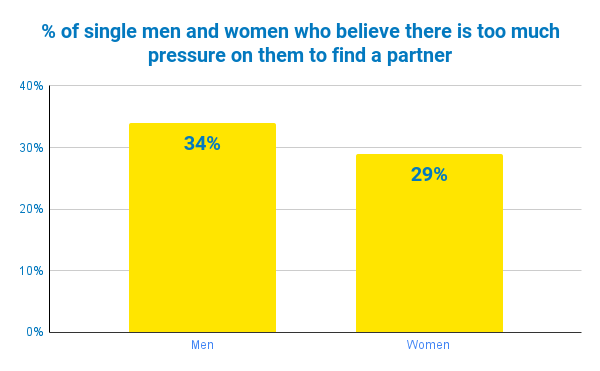 The first step to overcoming relationship anxiety may be to recognize how common it is, as Thriveworks research indicates. Most of us have been damaged by past romantic relationships, but there are actions we can take to discontinue the cycle of distrust and maltreatment of our partners. Thriveworks has curated some resources that we think can help:

*A study of 1005 Americans commissioned by Thriveworks and conducted by Censuswide in January 2022.