The pros and cons of a starter marriage

What is a starter marriage? Well, obviously it’s the beautiful union between a starter wife or a starter husband and their starter spouse. Gorgeous wedding, all the gifts, no children, and they’re divorced within five years. These kinds of marriages have also been called entry-level marriages, icebreaker marriages, warm-up marriages, beta marriages, trial marriages, and sometimes just failed marriages. They’re often framed as learning experiences that serve to enrich later unions.

But even if a marriage is short and doesn’t come with lifelong consequences, a beginner divorce can still be heartbreaking. Few people enter a marriage thinking that it’s a temporary arrangement. Starter spouses also take vows to love each other eternally, with all of their immediate family, extended family, and friends bearing witness. And they still have to deal with the emotional fallout and the social stigma that can accompany divorce. Reframing a relationship as a starter marriage can be a way of protecting oneself from feelings of shame, grief, and failure.

So before you dismiss starter marriages as symptomatic of a Me Generation that doesn’t take its sacred vows seriously, let’s take a look at why the first year of marriage is so hard, and how a formative divorce might actually be a net positive. 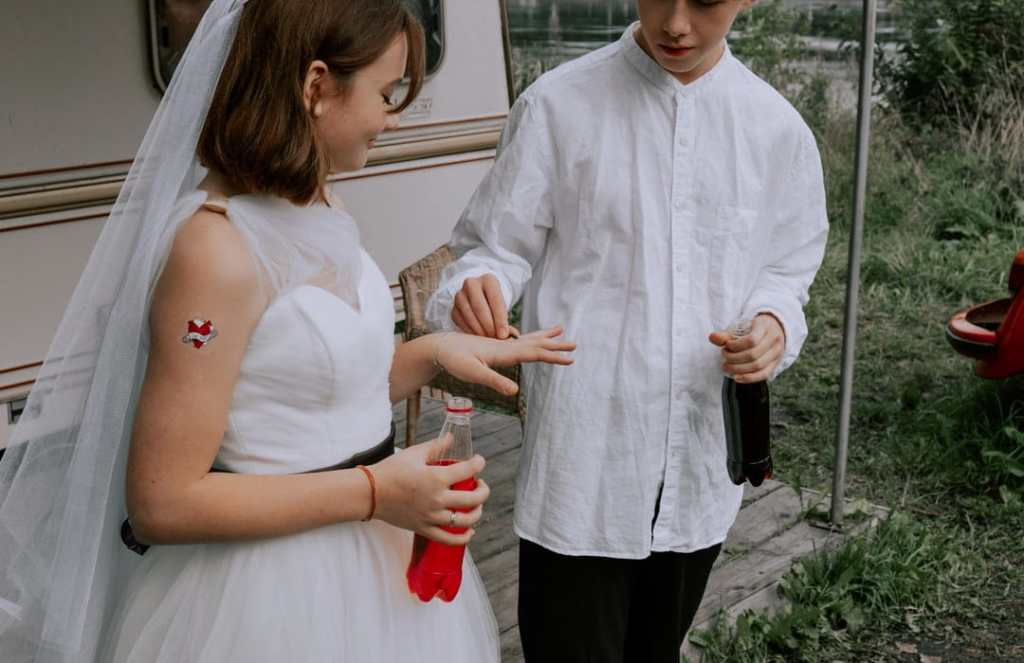 Why Is the First Year of Marriage So Hard?

When you’re 20-something and you’ve been in a serious relationship for a few years, you might start feeling some pressure to get married. It just seems like the next logical step in your romance. So despite a few reservations about where you are in your career or how much growing you and your partner still need to do as people, you get swept up by societal expectations and the wedding industrial complex.

Suddenly it’s the week after your wedding. Now it’s just you and your new spouse, with shiny rings on your fingers, talking about utility bills and divvying up thank-you notes. This might feel like an anticlimax after all the heady romance and parties leading up to your nuptials. And now when you get into an argument, there’s a lot more at stake. Will you be having this same fight for the rest of your life?

The transition from romance to “working partnership” can be difficult, and many newlywed couples never recover from their honeymoon blues. In fact, research shows that the emotional climate in the first two months of marriage can predict divorce or wedded bliss.  There’s also data suggesting that men are more likely to cheat on their spouses within the first two years of marriage, that people might want to divorce before prenuptial agreements take effect at the one-year mark, and that marriages without children are less stable.

It’s tempting to attribute early divorce to age-related immaturity, but in fact, being older doesn’t necessarily mean that your marriage will be happier. According to 2022 data from the National Marriage Project at the University of Virginia, people who marry between the ages of 20 and 24 (termed cornerstone marriages) might actually enjoy more relationship quality than people who marry over the age of 25 (termed capstone marriages). And it could be that the longer someone is single, the harder it is to change their focus from individualistic to communal.

It’s not just the first year of marriage that’s difficult, however. There’s also Year Four, when many marriages begin to decline. There’s the notorious Seven Year Itch, which is backed up by census data. And there’s “gray divorce,” when you end a marriage in your 50s. Basically, no one is safe.

How to Avoid Having a Starter Marriage

When you make a mistake, even a big one like marrying the wrong person, the best thing you can do is forgive yourself and move on. No one is saying you should get divorced for the hidden benefits! But if you do get divorced, you can absolutely find meaning and growth in the adverse experience.

If you want to avoid being a young divorcee, however, you would seem to have three options:

From year to year, no matter which box you check next to the words “married,” “divorced,” or “single,” your relationship status cannot tell your full story. Your unique life experience can’t be captured by a census form. Keep in mind that love doesn’t fail, and its sacred energy is never wasted. Your capacity for love doesn’t disappear after a relationship has run its course. If anything, it’s greater.