Parasocial relationships: The good, the bad, and the boy bands

My five-year-old daughter has a self-professed “crush” on Tae Young, who is a cartoon member of the early 2000s fictional boy band 4*Town, which is featured in the 2022 Disney Pixar movie “Turning Red.” (I know, my head is spinning too.) I can’t tell if my daughter thinks Tae is flesh-and-blood or not. We listen to “Nobody Like U” on repeat and she tells me, “I would heart him if I saw him.” She also tells me that Tae is her favorite member of the band because he reminds her of her “love” IRL, a boy who lives down the street.

As a parent, I’m mystified and a little embarrassed. As a mental health writer, I’m delighted. Because I’ve been researching parasocial relationships and now I have an excitable guinea pig at home. So let’s take a look at why a kindergartner might fall for a cartoon boy, who’s a creation of female director Domee Shee, who’s voiced by actor Grayson Villanueva, whose signature pop songs were written by singer Billie Eilish and her brother. It all comes down to parasocial interactions and relationships. 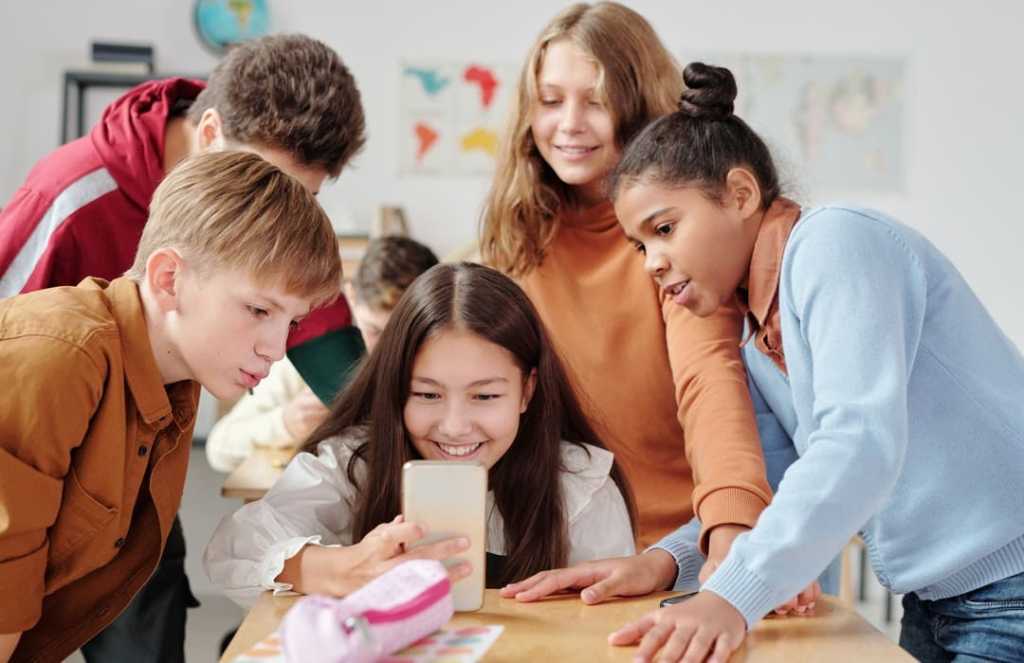 What Is a Parasocial Relationship?

Emily Simonian, Licensed Marriage and Family Therapist at Thriveworks, calls parasocial relationships “relationships of the imagination.” Essentially, they’re friendships minus the mutuality. They’re the unreciprocated relationships that you might have with media figures, sports stars, or even fictional characters whom you keep up with online or on TV shows. They’re the one-way emotional connections that you might develop with your favorite singer or actress. They’re the unrequited crushes that an adolescent–or an oddball kindergartner–might have on an animated Pixar persona.

Donald Horton and R. Richard Wohl identified this phenomenon in 1956 in their landmark paper “Mass Communication and Para-social Interaction: Observations on Intimacy at a Distance,” but humans have a long history of interacting with public personas who don’t necessarily give back. Think of minor Greek deities, for example. Think of kings and queens. The difference today is that today’s world is flooded with celebrities. Mass media and the Internet have given people unprecedented access to each other, creating a climate that encourages parasocial relationships at every level. Not only can any teenager with a smartphone develop an imbalanced “friendship” with a TikTok star, you yourself can become a microcelebrity through your social media feeds.

Is there a difference between having a parasocial relationship (PSR) with a celebrity and just being a fan? According to Horton and Wohl, a parasocial relationship requires “continued association” and a meaningful bond. The media persona is someone you feel that you know and understand intimately. Meanwhile, of course, the persona does not know you. The persona does not ask you what kind of day you had, or how your latest low-profile breakup complicated your existing trust issues. But despite the absence of a true friend on the receiving end of your feelings, your sense of connection is still perfectly normal. Research shows that parasocial relationships are likely just an extension of ordinary social cognition.

Think about it: You’re watching someone on TV, they seem to look you in the eye, the camera zooms in, their face emotes. You know what they’re feeling! Of course your ancestral brain is going to register that person as a social peer. Or you hear someone’s voice every day on a podcast. You get them! They’re just like you! Or you browse someone’s photos on Instagram before you go to bed every night. They have a new boyfriend! You’re happy that they’re happy!

All of this serves to create the illusion of intimacy. You have access to the media persona, which breeds familiarity, which breeds feelings. We are social beings, and the brain can’t necessarily distinguish between friends IRL and friends in the stratosphere.

Why Do People Form Parasocial Relationships?

Parasocial relationships tend to be more common and more intense in younger people. These one-sided connections seem especially important in adolescent development. Research suggests that PSRs can help adolescents with identity formation and the growth of autonomy. They can provide a sense of acceptance, as tweens and teens project idealized feelings onto media personas. And this is the case for boys as well as girls, though the study cited above showed that boys tend to endorse athletes and other celebrities like comedians, while girls tend to endorse actresses. Boys are also more likely to report parasocial relationships, which is in line with the findings of a recent research study from Thriveworks as well.

Parasocial relationships can also serve to strengthen real-life relationships. People can forge bonds by talking about their favorite celebrity. They can participate in online communities where they can converse with like-minded people about Taylor Swift or K-pop or Rachel Maddow (I’m looking at you, Mom). And because the celebrity probably devotes the same amount of time and attention to you and your real-life friend (i.e., zero), there’s no reason to be envious of each other.

So parasocial relationships seem to do no harm, and sometimes even do some good, so should I be wary about my daughter and Tae Young? Let’s look at some potential risks.

What Are the Risks of Parasocial Relationships?

If you have an anxious attachment style, or you struggle with social anxiety or depression, you may run the risk of neglecting real-life friendships in favor of parasocial relationships. In other words, parasocial relationships tend to “reward insecurity.” It might feel good to be in total control of the interactions, knowing that the media persona isn’t going to criticize or reject you, but this also means that you miss out on the give-and-take of real friendship.

Parasocial relationships can also lead to negative self-comparisons. For instance, adolescents might wonder why their faces and bodies don’t resemble their favorite celebrity’s appearance on Instagram. Their body image can suffer as a result. Though interestingly, men who see a muscular superhero tend to feel bad about their bodies unless they have a parasocial relationship with them.

People should also keep in mind that many social media influencers make their money by fostering parasocial relationships with their fanbase and creating the illusion of intimacy, so buyer beware. Celebrity endorsements can be powerful, but your affection for someone shouldn’t require you to part with your money.

Finally, parasocial relationships in the extreme can lead to celebrity worship syndrome, stalking behaviors, and toxic stanning, all of which can be extremely dangerous. To varying degrees, someone might begin to think that they’re somehow entitled to the celebrity’s life because of their parasocial feelings.

If your one-sided emotions start feeling too intense, it might be time to take a few steps back. You’ve shown that you can generate a lot of love, but now open yourself up to receiving it as well–something that isn’t going to happen if you limit yourself to parasocial relationships. You can easily have both kinds of connection. After all, the best thing about my daughter loving Tae Young is watching her dance around with her friends IRL, as they all throw their heads back and sing to the boy band in the sky, “You’re never not on my mind, oh my, oh my.”