New Thriveworks research shows abundance of parasocial relationships in the US

New research from Thriveworks shows that 51% of Americans have likely been in parasocial relationships, even though only 16% admit to it. What is a parasocial relationship? It’s essentially a one-sided relationship you develop with someone you don’t know in real life (IRL). The object of your attention and emotional energy could be a media persona like a Hollywood celebrity, an influencer on social media, or a star athlete. Through parasocial interactions, you build up authentic feelings for the persona, without any of the reciprocity of a typical friendship. 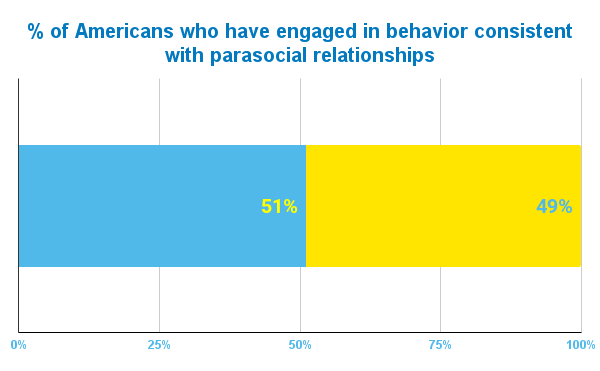 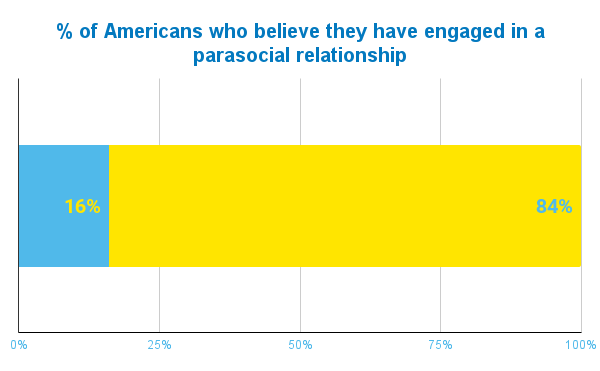 According to the Thriveworks survey, 20% of Americans have experienced genuine bereavement after the death of a celebrity. Even more people—26%—have been upset when a fictional character on TV or film has died. And we’re not just talking about expressing sadness on Twitter. Almost 10% of Americans report negative mental health effects from celebrity deaths. And 7% of respondents have mentally suffered when a celebrity didn’t respond to them on social media.

But feeling connected to celebrities is completely normal, especially during the pandemic when we can’t always hone our social skills IRL. Many of us (14%) feel that if we met a certain celebrity, we’d be friends with them. And maybe that’s true! But unless you get stuck in an elevator with Ryan Reynolds, it’s unlikely that you’ll ever get the chance to find out.

Lastly, Thriveworks found that parasocial relationships decline with age, and men are almost twice as likely to have them. See the full results of our research below. 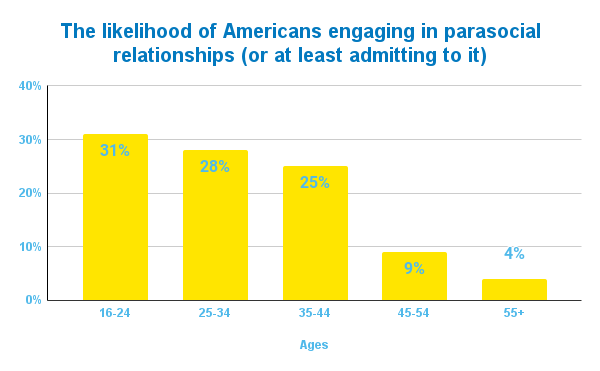 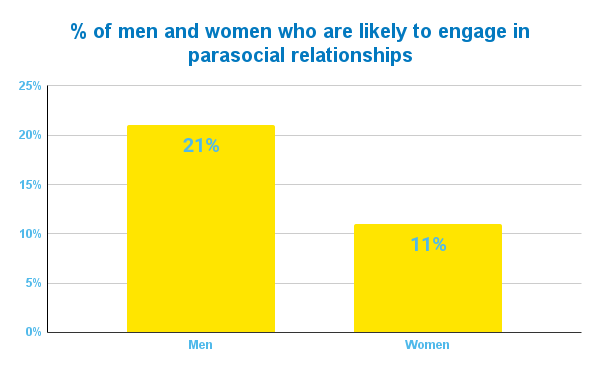 Humans are innately social creatures, and we’ve been known to cultivate parasocial relationships with everyone from J.Lo to Wilson the volleyball. There’s nothing wrong with relating to a celebrity. But you should take care to prioritize the people who are also going to be there for you when you need them. Meanwhile, if you need help navigating real-life friendships or emotionally detaching from people who don’t give anything back, our licensed therapists can help.