Grit is a term made prevalent by Angela Duckworth from the University of Pennsylvania.  She’s initiated a discussion about the correlation between grit, the tendency to maintain interest and effort in long-term goals, and self-control – the ability it takes to focus in the face of temptation or change.

Thanks to her astounding research, she earned the MacArthur Fellowship in 2013 – which is known as one of the most impressive and admired awards given.  Actually, it is frequently nicknamed the ‘Genius Grant.’ After she was the recipient of this honor, her book Grit: The Power of Passion and Perseverance was almost an immediate New York Times bestseller.

Along with her research partner, Duckworth developed a measure of grit and self-control that forecasted effective outcomes in different situations better than those measured by methods such as standardized testing.  Grit scores forecasted final placements in the Scripps National Spelling Bee as well as graduation from Chicago public schools. Furthermore, she discovered measures of self-control were more important than others.

These measures of grit and self-control aren’t just used to measure success rates of children.  Duckworth uncovered that grit scores at West Point Military Academy forecasted final rankings. This is significant because a lot goes into the scramble to comprehend reasons for success such as psychology focused on IQ and other academic scores.  The importance of non-intellectual factors such as grit is a game changer. Instead of focusing on IQ and academic success, it highlights one’s character as a central feature of developing skills overtime. Do you want to know your level of “grittiness”?  Check out Angela Duckworth’s site at the University of Pennsylvania to get a free measure of it.

Grit is more than just pushing through your comfort zone to achieve a goal.  “Authentic grit” a term coined by Caroline Adams Miller in her book Getting Grit: The Evidence-Based Approach to Cultivating Passion, Perseverance and Purpose, creates an added element.  Her opinion of authentic grit is that it must be utilized for good if it is to be construed as something positive.  This creates a significant discrepancy. The undeniable determination components of passion and perseverance could be given to someone like Hitler.  Her argument is that this is a crucial difference if the word “grit” is to be seen in a positive light.

In her research, Duckworth concentrates on recognizing the basics of using desire to drive one’s determination and activation of happier emotions to facilitate success. The passion, however, is of a specific type.  She argues for harmonious passion as opposed to obsessive passion. These differences, between harmonious and obsessive, come from the research of Canadian Bob Vallerand. According to him, harmonious passion emerges from simple engagement in a fulfilling activity.  On the other hand, the obsessive type comes when one focuses solely on an external goal, such as pleasing someone else or defeating the competition. In regard to happiness and success, Caroline Adams Miller argues that most of us believe success will lead to happiness.  She argues that the research points to something different. She believes that we don’t get happy because we succeed — instead, we succeed because we are happy first.

The specifics of authentic grit pull from numerous tributaries including the development of positive relationships, self-confidence, humility, self-regulation habits, and the cultivation of patience. 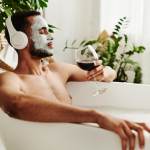 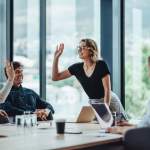