The impact of American car culture: Are your driving habits harming your mental health?

The oncoming car ignores their red light and slams into the side of my Subaru as I turn left. My tires squeal in protest as I’m pushed sideways across the intersection by the impact, but before I know it, the crash is over. The tunnel vision wears off — I realize that I’m still blocking the flow of traffic and move off the road.

After a quick talk with the other driver, I determine we’re both okay. But as I turn around to dial 911 to report the accident, he takes off without showing any insurance. I found out later the man had hit me with a stolen rental car from a different state. Then three weeks after getting my Subaru repaired, quarter-sized hail stones sent it back to the shop. Though I may’ve been paying back overdue karma, I started to question why I felt so committed to the idea of having a car. From communicating with my insurance company to the actual crash, the whole experience was stressful.

Studies show routinely that the negative mental space many of us enter while driving elevates our stress and anger, and this tendency could even be shortening our lifespans. Even though zoning out or getting frustrated in traffic is normal, we may need to evaluate the relationship between the cars we drive and our mental health. Because from highway hypnosis to dissociating when we’re behind the wheel, our car culture is certainly taking its toll. 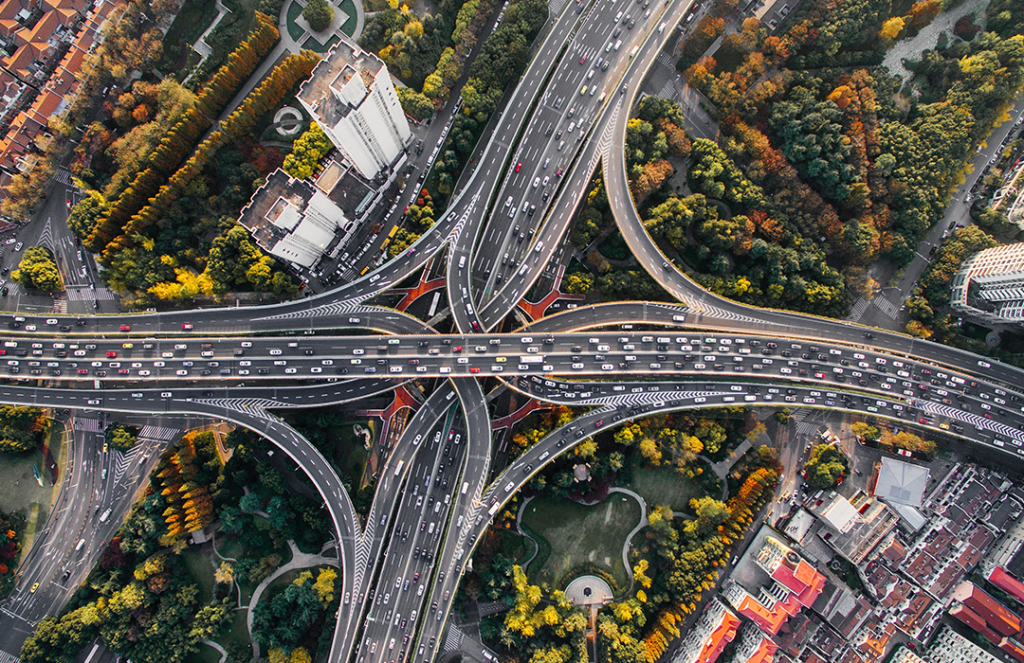 A Driven State of Mind

It’s not that we don’t need cars, because we do; the jobs we work, the stores we frequent, and the cities we live in are all built with the expectation that we’ll drive to get from point A to B. Yet even being in the vicinity of traffic can chip away at our mental and physical health. Building our surroundings to cater to car culture has also caused issues like urban sprawl, as well as noise and carbon pollution.

Still, 86% of American commuters drive to work, according to data from 2019. But as much time as we spend driving (which is about 70 billion hours per year collectively), most of us (myself included) are paying zero attention to our mental health while we’re commuting.

In fact, we may get so sucked into what life looks like through our windshield that we start to disassociate a little. It sounds strange, but driving for extended periods can result in something called highway hypnosis—where our thoughts wander, we get drowsy, and long periods of time may pass by without us noticing. Even stranger, psychologists have also noted that when we’re driving, we may start to physically identify more with our vehicle and less with our body. The resulting effect is that the world outside our car’s interior seems alien and distant.

Psychologists have proposed that this false sense of separation and security from our surroundings, as though our tinted windows and door locks serve as armor, might empower some people to feel like tailgating, shouting, or brake checking other drivers doesn’t have consequences. To put it another way, road rage-related behavior often feels safe because we’re sufficiently separated enough from other drivers to act aggressively without the effects of our actions rebounding.

There’s nothing wrong with choosing to drive—however, we should consider our environmental impact as well as stay mindful of our actions while driving. Even though road rage might feel vilifying for a moment, the mental and physical health effects of driving-related stress aren’t worth it. It’s time to reevaluate the effects of car culture and your relationship with driving. Because just like any other connection, it requires healthy boundaries. When it comes to driving, remember:

Don’t Let Car Culture Drive You Up the Wall

Our car culture isn’t going anywhere anytime soon, but self-driving cars are fast becoming a reality. Driving assist features are something straight out of science-fiction, but they’re not intended to be completely relied upon, as a slew of driving assist-related crashes has proven over the past several years. Computers are catching up to us, yet for the time being, we’re still operating two-ton metal death machines on our own—our experience on the road depends solely on the states of mind of us humans operating them.

And statistically speaking, we’re really bad at driving: 30,000 accidents happen in the U.S. each year, and 90% of them are because of preventable human errors. It’s hard not to wonder what portion of these accidents can be tied back to driving while we’re stressed or angry. Maybe highway hypnosis was to blame, in some instances. Whatever the causes, we can’t avoid all issues on the road nor can we change our car culture overnight—but we can make the very important distinction between what happens to us while driving and how we respond to it.

What is positive psychology? How can this movement benefit me?
Taylor Bennett
3 min read
Disclaimer