10 types of depression: A cheat sheet

All types of depression are characterized by deep sadness and a loss of interest in once-loved activities. Those who are depressed might wake up after a long night’s sleep and still feel miserably tired. They might forget to do simple things like brush their teeth or eat a meal (or two). They might avoid outings with their friends or simply decide they no longer want to go to them. Relationships suffer. School and work suffer. Overall well-being suffers.

Every year, an estimated 21 million adults in the US have at least one major depressive episode. And according to data from the World Health Organization (WHO), about 280 million people worldwide suffer from some form of depression. Not everyone seeks the necessary treatment. Coming face-to-face with the fact that you might be depressed isn’t always easy, so here’s a helpful tip to make the process less scary: While you’re reading about the different types of depression as well as the range of symptoms below, try to remember that your identity and your feelings are two different things. You should never see these definitions as limitations on who you are and what you’re capable of as a person.

Plus, remember that there is effective treatment out there. A mental health professional can help you determine whether you do indeed have a depressive disorder and then work with you to create the best possible plan of care. This plan of care might involve depression therapy, medication (like antidepressants), or both. 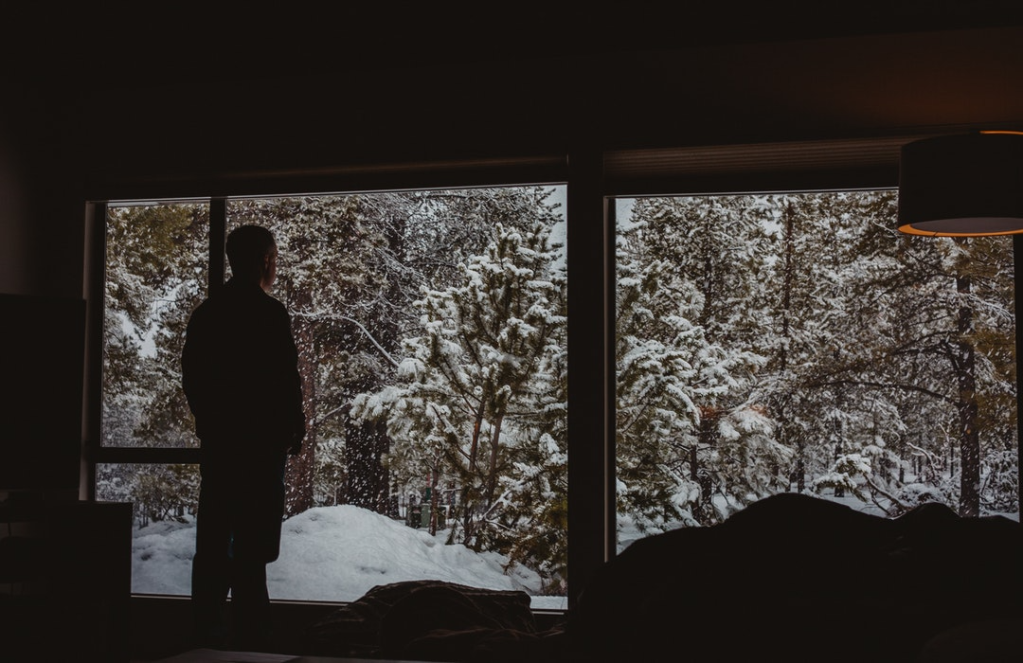 Major depressive disorder, also called major depression or clinical depression, is what most of us think of when we hear or read about depression. With major depressive disorder, you may be unable to fall asleep for hours and then wake up at 4 a.m. Or you might find yourself going to bed right after dinner. You might skip meals or overeat; you can lose interest in sex, or crave it with addictive compulsion; you might get headaches, stomachaches; you might feel constantly fatigued (even if you’ve had enough sleep), forget things and find it hard to concentrate. Most of all, you’ll feel intense emotional pain.

To an extent, your clinician or therapist can determine some of your symptoms, but diagnosis is typically based on your self-report of the depression symptoms you’re experiencing. To be diagnosed with MDD, you must exhibit at least five of the following symptoms, most of the day, nearly every day, for longer than two weeks, severely enough that your personal or professional life is suffering:

Major depressive disorder, untreated, usually lasts from six to eight months—though it can be shorter or longer and may reoccur. MDD may also be diagnosed with these additional features:

Persistent depressive disorder, often called dysthymia or chronic depression, differs from major depression in terms of how severe your symptoms are and how long they last. Symptoms include:

In order to be diagnosed with persistent depressive disorder, you must experience symptoms for at least two years. It’s important that those who suffer from this type of depressive disorder seek treatment, as it can persist for an extended period of time and also lead to intermittent episodes of major depression.

Minor depression is defined by having two to four of the symptoms of major depressive disorder and must include the first two, which are feelings of intense sadness, hopelessness, despair, and/or emptiness; and a loss of pleasure in most daily activities. If left untreated, your minor depression can become major depression.

Some people turn to drugs or abuse alcohol as a way of self-medicating, but this “quick fix” often backfires. The highs of alcohol and drugs lead inevitably to lows. If you’re using substances daily, you may experience the “lows” as a hangover, tiredness, or the grayness of being without the substance and not really think of it as depression. But along with whatever pain and craving you feel, your mood is depressed—there’s no question.

If you’ve been drinking or taking drugs regularly for a long time, your body will need time to regain its balance. Twelve-step programs are often effective because they provide much of what many depressed people need most: understanding, regular social interaction, optimism, forgiveness, and even a bit of laughter. If you believe in a higher power—all the better: That too can be a source of strength. But the bare bones of Alcoholics Anonymous, Narcotics Anonymous, and other programs are always sound advice: Keep the toxins out of your body and mind, and connect with other human beings.

5) Depressive Disorder Due to Another Medical Condition

Many illnesses, including Parkinson’s disease and thyroid disorders, can cause you to feel depressed. This is why a thorough medical checkup is very important whenever you’re trying to take an active approach to becoming healthy again and living a fulfilled life. The depressive symptoms in these illnesses are similar to what’s been noted for major depressive disorder.

Chronic illness of any kind can bring depression. Other mental illnesses—anxiety disorder, bipolar disorder, post-traumatic stress disorder (PTSD), schizophrenia, schizo-affective disorder, and personality disorders—can include depression as a symptom or comorbid condition. And it’s no surprise that these feelings of despair and hopelessness surface: When an individual’s mind is affected and they can’t even trust their own thoughts and feelings, disaffection from sources of joy and self-esteem easily follows.

Reminder: It’s important to report depressive feelings to your doctor, even if these feelings aren’t your primary problem and you believe them to be a symptom of another condition. If you can get any sort of relief from your depression, it will make whatever illness you have easier to manage.

Bipolar disorder (also called manic depression) is characterized by abrupt changes in mood (intense mood swings) — from “normal” to acute states of either depression or mania. Mania, in the clinical sense, refers to extreme levels of excitement, happiness, or euphoria, whereas the person is often very energetic, making many plans, and talking a lot (and quickly). People in this state can be very charismatic, productive, and even creative. This may not sound that bad so far, but there is a flip side. Mania is also capable of causing individuals to spend too much, do too much, make commitments they can’t keep, be sexually promiscuous, take unhealthy or careless risks, and drive themselves to exhaustion.

The Diagnostic and Statistical Manual of Mental Disorders, Fifth Edition (DSM-5), published by the American Psychiatric Association (APA), distinguishes between eight types of depressive disorder and seven types of bipolar and related disorders. All are considered more broadly as “mood disorders.” Bipolar disorders include the following:

Cycling episodes of mania and depression are the primary symptom presentation of bipolar disorder (manic depression). Three of the following symptoms must also be present:

The primary symptom presentation in type 2 bipolar disorder is recurrent depression without manic episodes. Hypomanic episodes may be present, however, and are characterized by milder symptoms such as loss of judgment and irritability.

Cyclothymic disorder is the chronic state of cycling between hypomanic and depressive episodes that do not reach the diagnostic standard of symptom severity for bipolar disorder.

A person experiencing seasonal affective disorder (SAD) will present the symptoms of major depression or dysthymia during the dark winter months. To be officially diagnosed with SAD, or MDD with seasonal pattern, one must present a pattern of winter depressions for at least two winters (back-to-back), and one must be severe enough to meet the criteria of major depressive disorder. A person with SAD will have non-depressed periods in the spring and summer. Summer SAD also exists, but it’s less common.

People suffering from psychotic depression experience the symptoms of major depressive disorder as well as:

With this condition, your hallucinations, paranoia, or delusions are generally negative and self-deprecating. If you feel like you are experiencing psychotic depression, you should contact a health care professional immediately.

If you’ve made it through this post and believe you are or may be depressed, we’d like to reiterate that the above definitions and descriptions exist to better define what you may be feeling and are not meant for self-diagnosis. If you’re often asking yourself the question, “Am I depressed?” then it’s important that you seek help.

A mental health professional like a therapist or a counselor can help you change your life by teaching you to diminish cognitive distortions, practice mindfulness, change the nature of your inner self-talk, and so much more. Meanwhile, a psychiatrist can work with you to determine if you might benefit from pharmacological treatment. Different types of depression medication may be prescribed for different depression disorders or bipolar disorders. For many people, a combination of medication and psychotherapy can help manage harmful symptoms.