Many parents are not familiar with “Dysthymic Disorder” but it is the most common form of depression and it is typically the longest lasting form; sometimes lasting for years. Often Dysthymic Disorder, or “Dysthymia” and when it occurs in boys it can be mistaken for other things. Typical symptoms parents see are mild anxiety, lack of motivation, negative self-talk or automatic expectation of failure, as well as difficulty focusing and unstable mood. Many times boys struggle with Dysthymic Disorder and are misdiagnosed or assumed to have ADHD Attention Deficit Hyperactivity Disorder (ADHD), or Attention Deficit Disorder (ADD).

Let’s take a closer look at what a child or adolescent with Dysthymia looks like:

Dysthymic is common and at times can run in families but also can be the result of life transitions and or the result of a person’s inability to cope with negative situations. An overall negative outlook on life and on the future is common. Boys typically suffer in silence because many of them do not like to ask for help because they feel it may be a sign of weakness or that they cannot handle things on their own.”

Here are some real world examples:

Feelings of sadness are common of boys with Dysthymia. Many parents report, “I don’t know what his problem is, he’s always annoyed, negative, or pessimistic.” Another example would be loss of or reduced self-esteem. Many have an attitude like this, “I’m not going to try doing that, It’s not like I will succeed.” As a parent watching and hearing your child speak about their life in such a negative light is heart wrenching. For many parents they have been watching their child struggle for years and are not sure what to do.

Many boys struggle with a persistent and consistent mean streak. I have heard so many parents report that their sons “Sometimes have their good days but sometimes he just seems to be angry all the time for no reason.” When addressing the emotions these boys are feeling they typically report, “I don’t know, there is nothing wrong. I’m fine.” In reality their behavior is not aligned with their words. For many they struggle in silence until they enter a crisis and yell their discontent at the top of their lungs.

The irritability and moodiness becomes more obvious as demands on the child increase. Many parents encounter this phenomenon when they ask for a chore to be completed, or homework to be started, or just attempt to interact with their adolescent and get a sarcastic/rude response. The moodiness is not just isolated to just the words a child uses but, also the avoidant behaviors which accompany the moods swings. Keep in mind you may notice some overlapping between these characteristics in Dysthymic Disorder and Oppositional and Defiant Behavior.

For boys who are struggling with the symptoms of Dysthymic Disorder, they typically struggle in silence because they seldom want to share their feelings. Many boys feel that it would be sign of weakness if they were to open up, and other simply do not realize that they are feeling symptoms because they have been experiencing them for such a long time. More often than not, parents are the first to notice.

Many parents speak about how “Everything seems to bother him” or about “He does not seem motivated to do much of anything but activities he enjoys but, even those activities become boring.”

Other parents spoke about how, “Almost everything can be a struggle, we have tried medication and a bunch of different things and not much has helped.” In reality, the improvements for Dysthymia are more gradual than it’s more sever counterpart “Major Depressive Disorder,” also known by many as Clinical Depression.

Situations that result in consistent sadness and or personal rejection increase the persistence of Dysthymia. For example, if a talented 16 year-old athlete suddenly receives a traumatic injury that cripples their ability to perform at their pre-injury condition they have an increased risk of developing Dysthymic Disorder symptoms.

If we break the situation down to its elements it looks like this;

I was an amazing athlete and have been for years. All of a sudden I have an injury that robbed me of something I was very proud of. Now I have to wait to recover and if I try to perform like I did in the past I risk re-injuring myself. And now I am embarrassed to try because I can’t perform and I will re-injure myself.”

This is devastating for a young man’s self-esteem as well as putting them in a situation where he may not have the skills to cope with the trauma of the injury and loss of personal strength. This situation creates a long road to developing pessimism and self-defeating ideas about new limitations and the loss of bragging rights, and self-esteem boosting activities with peers.

In addition to the chronic long-term sadness this teen is also struggling with Post-Traumatic Stress.

Another example would be a 7 year-old boy with a diagnosed learning disability who struggles with making and maintaining friendships. As times goes on he tries to interact with peers but is consistently rejected, many times parents notice that he tries but left out of games and activities. Over time his already sensitive, self-esteem dwindles and he feels that he is unlikable. Parents typically see two different extremes with regards to the child’s behavior from this point.

In some situations the boy will tell extravagant stories about how he has many friends and all of the dramatic interactions they have together, and on the other hand he may speak very little about his interaction with friends and report that he is liked by no one. The effects of this social situation developed long term, low level depression “Dysthymia” which later can escalate to more severe conditions such as Major Depression, Oppositional and Defiant Disorder (ODD), as well as Anxiety Disorder.

These difficulties are treatable and treatment results are long lasting but they take time. Dysthymic Disorder can be difficult to treat, especially with school age and adolescent boys because they typically do not admit any type of unhappiness due to a shortcoming or weakness. It is important that the clinician is fluent in a variety of different approaches in order to create an individualized plan of care to meet the child’s needs. 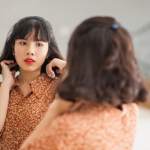 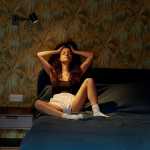 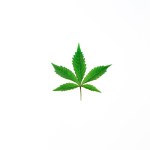