Ask anyone headed to watch the next Marvel flick: It’s hard not to idolize the heroines and heroes within the realms of popular fiction. Whether they’re on the silver screen, in books,  TV series, or even video games, many of us admire these depictions of larger-than-life characters. But, even though we know that we’re viewing and dealing with fictional personalities, there’s a common psychological phenomenon that can occur known as character bonding.

Character bonding happens when we identify with and emulate traits that we admire in our favorite fictional characters. There’s nothing embarrassing, wrong, or even harmful about absorbing the qualities of fictitious people. But why do we do it in the first place? 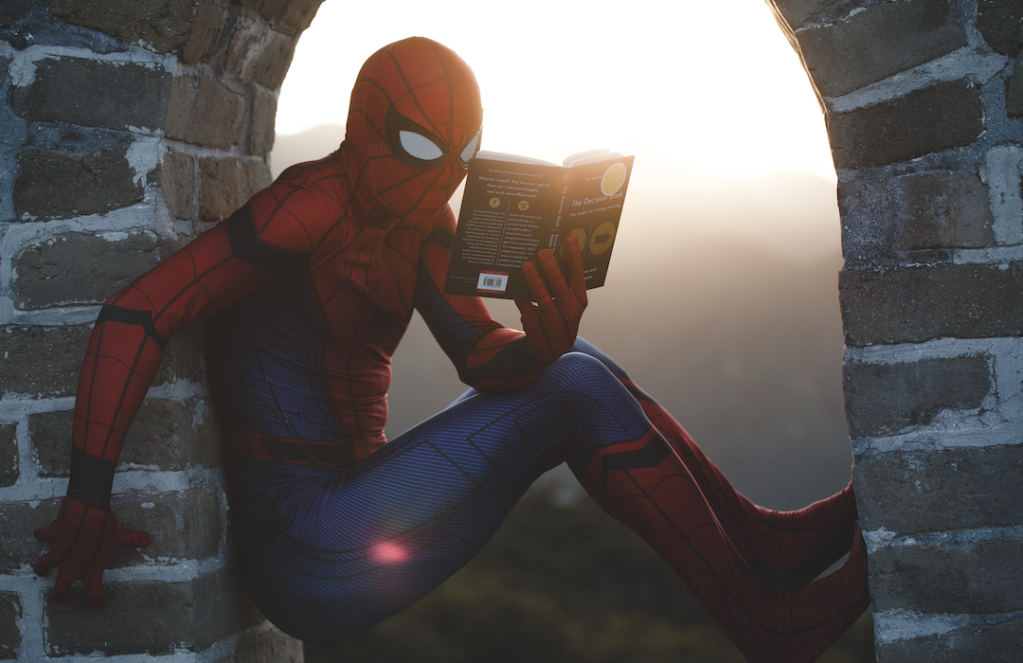 Breaking Down the Elements of Character Bonding

Character bonding may occur as a way to strengthen our ego, but not in a bad sense. Character bonding can offer us ways to live vicariously, grow emotionally, or even process trauma. The reasons why a person might be drawn to a fictional character can be somewhat complex. Usually, there are three types of fictional individuals that people of all ages character bond with:

The common core shared between all of these character archetypes is empowerment. People primarily bond with characters to feel empowered beyond their limits, real or perceived.

Many actors who portray our favorite characters are good-looking, but being romantically attracted to a fictional character is known as fictiophilia, and this isn’t the same as character bonding. Fictiophilia is a sexual preference for exclusively fictional individuals. While character bonding might feel like sexual attraction (and there may be a little bit of that going on sometimes, let’s be honest), the overall purpose, subconsciously or not, is to absorb character traits that we find admirable.

As you can tell, not every trait that we might admire will be morally just—we might lock in with a villain because of their ability to do whatever they want. Often, the best shows, books, video games, or plays are so good because they suck us into another world for a brief while. So when we come back to ourselves, there’s nothing wrong with bringing some of what we experienced back with us, especially if it makes us feel empowered.

Are There Any Benefits to Character Bonding?

Obviously, it’s not possible to expect ourselves or anyone else to live up to the scripted bravado or badassery of fictional characters, but character bonding can be a lowkey way to improve our self-image. By doing so, we may learn to identify traits that we appreciate and take steps to cultivate those empowering traits within ourselves.

The next time you start reading, watching, playing something that really draws you toward a fictional character’s personality, you might be able to:

Myths are an integral part of the human experience; countless generations have looked for aspects of themselves within the greatest stories of their respective culture. Fictional characters may fail and succeed on a larger scale than we’re able to in real life, but it’s all a matter of perspective. Character bonding helps us live vicariously, and as a result, we might be able to take on some of the traits we love seeing played out on the big screen or within the pages of our favorite novel.