My guess is that you have a subscription to Netflix, Hulu, or some other streaming service. You might even have a subscription to both of these top dogs plus a couple of others! Because we love nothing more than the convenience of watching our favorite TV shows whenever we want to, in rapid succession. In fact, for some, a perfect day is lying in bed for hours on end watching Netflix until it’s time to go to sleep. While this sure sounds like a relaxing, cozy time, it’s important to draw the line somewhere—as too much of anything, including Netflix, can be bad. More specifically, spending too much time on these services and streaming in bed can have some undesirable effects on your mental health. And so evaluating and potentially adjusting your streaming habits could majorly benefit your wellbeing—especially considering the latest data regarding streaming habits.

A “Digital Media Trends Survey” conducted by Deloitte found that subscriptions to streaming services like Netflix and Hulu have grown 450% in just the last 10 years—and 70% of us regularly binge-watch shows using these services. This data led Tuck to wonder about the effects of binge-watching, particularly on our sleep. So, they surveyed over 1,300 Americans to find out. This survey yielded eye-opening truths about our streaming habits. A few notable discoveries include:

Bill Fish, certified sleep science coach and co-founder of Tuck, expanded on these findings, answering several questions about streaming from bed. Below, he explains why watching Netflix or Hulu in bed can disrupt sleep, delves into the negative effects of pulling all-nighters, and offers tips for engaging in a healthier bedtime routine:

Why does streaming shows in bed disrupt sleep?

Frankly, the model of television has continued to evolve. Twenty years ago, 76 million people huddled around their television to watch the Seinfeld finale. Gradually, we began to DVR items, and for the most part (besides live events and maybe Game of Thrones), we don’t have much ‘appointment television’ any longer. Netflix evolved the model again by launching an entire series at one time. By doing so, it almost becomes a race to finish a series, so you can participate in the conversation around the series. Our bodies all need between seven and nine hours of sleep per night, thus if we get in bed and know we want to watch 30 minutes of television, that is one thing. However, based on our findings, the user begins watching a streaming service and has a difficult time knowing when to stop and get some rest. As a matter of fact, 12% of those who responded admitted to staying up all night at least five times in the last year while watching streaming services. Our bodies love routine, and when we veer from said routine, we don’t feel like ourselves.

What kind of effects does staying up all night have on our health?

Our bodies are equipped with an internal 24-hour clock known as our circadian rhythm. We also love a routine, going to bed at the same time each night and waking up at the same time each day. When we get away from that schedule, especially not sleeping for an entire night, it is a true shock to the system and could take as much as a week to get back to feeling normal.

Should streaming shows in bed be off limits?

We like to preach that your bedroom should be your ‘sleep sanctuary’ and that when you walk into your room at night you should be preparing your body for sleep. We would rather see people stream their shows in their living room, and then come up for bed when they are finished. If you absolutely must stream shows in bed, we would recommend turning the television off and engaging in another activity before laying your head on your pillow to clear your mind and get ready for the process of going to sleep.

It is a great idea to charge your electronics outside of your room and stop using your phone at least 30 minutes before bedtime. A warm shower may raise your body temperature a bit, but when we sleep, our body temperature actually begins to decrease, so the warm shower begins that process. Our lives are stressful enough, so do what you can to clear your mind and get ready to get sufficient rest to attack the next day. 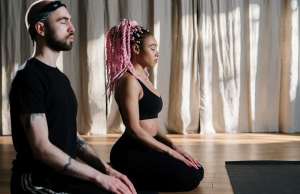 Biohacking and neurohacking: Is the human body due for an upgrade? 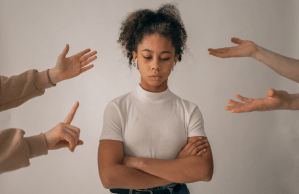 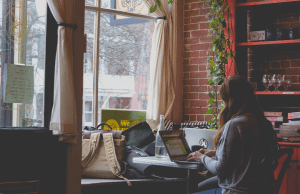 Do you really have to quit your job to find yourself? The positive psychology driving the Great Resignation of 2021