The other day I was watching an Instagram video of a woman’s nose job. (On Instagram, I’m always watching either cosmetic surgery before-and-afters or slow pans around dollhouse interiors.) The woman was adorable. Then she did this time-lapse thing with bandages on her nose and dark circles under her eyes. When the video was over she looked like every other girl on the Internet. Granted, I don’t know this woman or her reasons for getting the nose job. And everyone has the right to do what they want with their own body. But the video confused me. Did the woman feel pressured by impossible beauty standards to get rhinoplasty when her face was already cute as hell? Would her future daughter wonder why her own nose wasn’t blandly perfect like her mom’s? And would other people watch the video and think, “You know, I’ve always hated the bump on my nose…”

The comedian Trevor Noah recently did a segment on The Daily Show about “Zoom dysmorphia.” That’s the phenomenon of people falling out of love with their own faces because they have to look at them with such frequency during work-from-home Zoom meetings. “Humans didn’t evolve to see their own faces all the time,” said Noah. When we hang out with other people in the wild, we’re not incessantly looking at our own reflection. Now we see ourselves constantly at work, on social media, and in the mirror. People are going to plastic surgeons to request that they look like their filtered selfies. They want to replicate, in real life, the distorted, airbrushed Internet versions of themselves. 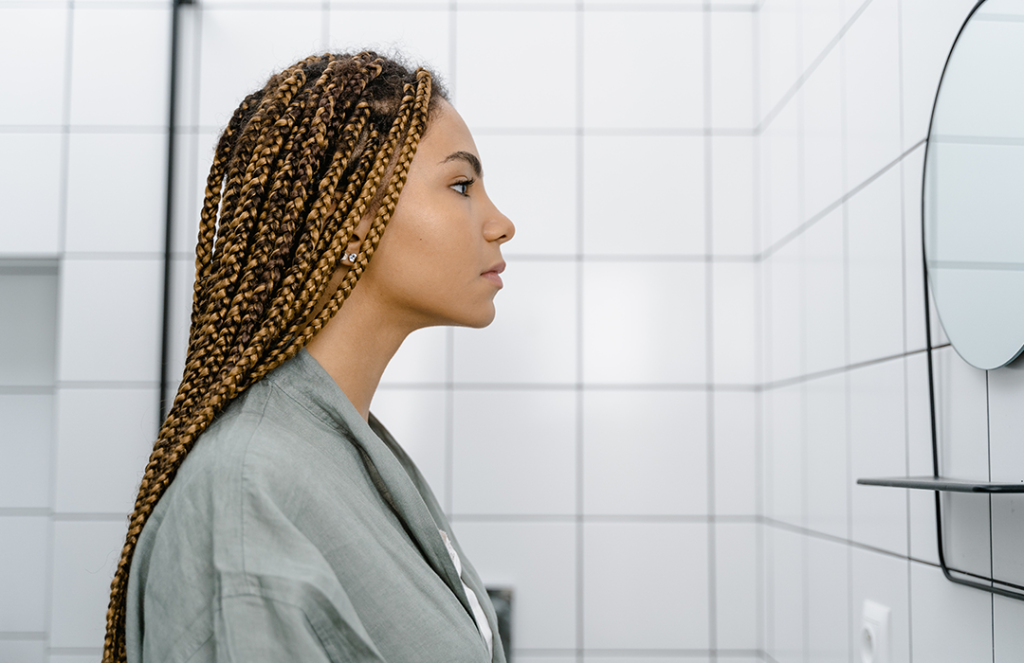 Not everyone who longs to achieve “Instagram Face” has body dysmorphic disorder (BDD). But digital filters and distortions certainly don’t help people who are vulnerable to BDD. In fact, one of the ways in which psychologists help their BDD clients is by getting them off social media. Some people with BDD spend hours a day trying to achieve the perfect selfie. They’re not obsessed with themselves because they’re vain. They’re trying to work through their acute anxiety and distress by getting their angles just right.

Compulsive selfie-taking is just another form of BDD body fixation associated with depression, social avoidance, and general dysfunction. In fact, body dysmorphia is related to obsessive-compulsive disorder (OCD). A person with BDD might engage in safety behaviors like excessive grooming, checking mirrors, skin picking, and unnecessary visits to dermatologists and plastic surgeons. These are extremely unhappy men and women, neither narcissists nor people suffering from standard bouts of low self-esteem.

“Many people often confuse poor body image with body dysmorphia,” says Brittany Morris, a licensed clinical social worker from Thriveworks in Chesapeake, VA. “Poor body image often refers to an unrealistic ideal in which someone thinks about their body, while body dysmorphia is a pathological obsession or preoccupation often on a specific body part.” Wanting a new nose doesn’t mean you have BDD. But being preoccupied with your nose at the neglect of your work or social life, especially when no one else discerns a flaw, could be a sign of delusion.

I was hoping that you’d ask this. Look, you can do whatever you want. But Kim and Kylie are probably victims of Instagram Face just as much as the rest of us, even as they exacerbate this cultural illness. I’d like to say that the Kardashian-Jenner sisters don’t have body dysmorphic disorder because cosmetic surgeons are supposed to screen for BDD before they treat clients. But who really knows.

What I do know is that BDD is a serious affliction that no amount of facial fillers or body-contouring surgery or vaginoplasty can fix. (And I know that men are just as likely to suffer from BDD, so don’t forget to screen poor Rob Kardashian.) If you think you have this mental health condition, please seek treatment from a licensed therapist, not an Instagram plastic surgeon. Your beautiful-as-it-is body will thank you later.