Do you freak out in tiny spaces? Are you deathly afraid of heights? Do you refuse to meet your friend’s pet snake?

If you answered yes to any of these questions, you have something in common with much of the population. As it turns out, many of us share fears of tiny spaces, heights, snakes, and others. But if your fear is excessive and persistent, you might have a phobia.

Phobia Definition: What Is a Phobia?

A phobia is a type of anxiety disorder, characterized by an uncontrollable, irrational, and intense fear of a specific situation, object, or activity. You could have a phobia of the things listed above (phobia of small spaces, phobia of heights, a number of animal phobias) or something else, such as social rejection or spiders. The Diagnostic and Statistical Manual of Mental Disorders, Fifth Edition (DSM-5), outlines the following criteria for a phobia diagnosis:

Want to talk to an anxiety therapist?

Phobias List: What Are the Top Most Common Phobias?

You can have a phobia of just about anything — however, there is a list of phobias made up of 400+ formally documented phobias. Some types of phobia, though, are more common than others. Here are 5 of the most common:

1) Claustrophobia: The Fear of Tight Spaces

Claustrophobia is the fear of being stuck in an enclosed space. Those with claustrophobia may get nervous inside elevators or small rooms without windows—even wearing too-tight clothes can cause panic attacks. Estimates say that around 12.5% of the population suffers with claustrophobia, most of them being women.

People with claustrophobia will often do whatever they can to avoid situations that may trigger their anxiety. For instance, they’ll take the stairs instead of the elevator, even when they need to climb 30 floors; similarly, they’ll walk instead of ride the metro, even when they have to travel more than a couple of miles.

2) Social Phobia: The Fear of Judgment or Rejection

This fear and anxiety can make everyday functioning difficult, as it can cause individuals to avoid certain events, places, or people. In severe cases, those who suffer from social phobia may even hide out at home and rely exclusively on their loved ones for basic necessities.

An individual’s social anxiety may escalate in certain situations. For example, many experience the worst of their symptoms when they are the center of attention — when they’re, say, giving a presentation at the office or otherwise addressing a large group of people, and all eyes are on them.

3) Arachnophobia: The Fear of Spiders

Arachnophobia is another common fear, with about 3% to 15% of the US population suffering with it. You’re probably familiar with this fear, but in case you aren’t, arachnophobia is the fear of spiders. While it’s often triggered by actually seeing a spider, even thinking about spiders can bring on extreme fear and anxiety.

Scientists have long been dumbfounded by the widespread fear of spiders because the majority of spiders aren’t poisonous or dangerous. Yet, many of us are scared when we spot one nearby. A recent study concludes that this stress reaction is deep-rooted, one we likely inherited from our ancestors who lived with and feared these creatures.

You might be wondering why they feared these creatures. It’s possible that spiders posed a greater threat to our ancestors who didn’t yet have the ability to heal from spider bites or other injuries sustained from encounters with insects.

4) Acrophobia: The Fear of Heights

Acrophobia, or the fear of heights, may make one reluctant to fly in planes, ride roller coasters, stay in tall buildings, or even drive over bridges. Approximately 3% to 6% of the US population has acrophobia.

While many of us experience nerves when we look over a balcony on the 50th floor or sit atop the tallest hill of a roller coaster, those with a true phobia (which is estimated to be about 5% of the population) experience unpleasant symptoms like sweating and shaking, feeling paralyzed, crying uncontrollably, and panic attacks.

5) Agoraphobia: The Fear of Open or Crowded Spaces

The final item on our list is agoraphobia or the fear of open or crowded spaces. The following are typically what bring on stress and anxiety characteristic of this phobia: large open spaces, public transportation, and leaving the house alone. It’s estimated that around 1.3% of US adults suffer from agoraphobia at some point in their lives.

What Are Some Rare Phobias?

On the opposite side of the spectrum of common phobias are rare phobias. These phobias aren’t as studied or understood as those listed previously, given that their occurrence is rare. However, there have been reported cases of…

And many others, too. Like we said earlier, there are over 400 documented phobias, but you can have a phobia of virtually anything.

How to Cope with Living with a Phobia?

It’s normal to have fears – you aren’t a freak if you’re afraid of heights or spiders. However, if you suffer from a phobia, it’s important that you know help is out there and that you seek treatment.

Effective phobia treatment can involve therapy, medication, or both. In any case, professional treatment will help you to better cope with your phobia.

Therapy: Exposure therapy is a common, effective treatment for phobia. This involves slowly exposing the individual to their fear, with the goal of changing their response to the object or situation. For example, if you’re afraid of dogs, your therapist might first show you photos of dogs or get you thinking and talking about dogs, before eventually interacting with a dog.

Another form of therapy that can effectively treat phobias is cognitive behavioral therapy (CBT). This might also involve exposure but focuses primarily on adopting healthier thought patterns and coping mechanisms. By recognizing that you are experiencing a thinking error, you are provided awareness that allows you to challenge and refocus those thoughts.

Medication: Both beta blockers and benzodiazepines can be useful medications for someone with a phobia. The former blocks the effects of adrenaline, including increased heart rate and blood pressure, caused by anxiety. The latter reduces anxiety, helping the individual relax. Medication is typically used at the beginning of treatment for phobias or as needed in anxiety-inducing situations.

If you’re struggling with phobia symptoms, consider meeting with a mental health professional who can assist you in understanding, addressing, and managing your fear. 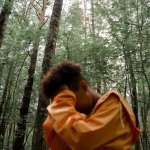 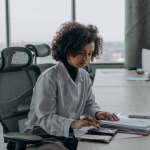 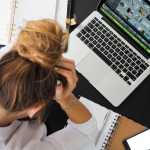 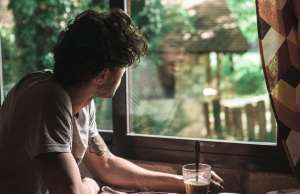 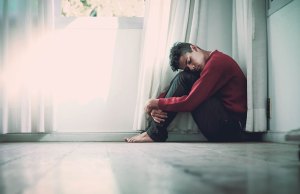