Pay Attention to Taxes Before You Plant Your Practice

Death and taxes, we’re taught they’re the two constants in life. While we haven’t yet learned to avoid death, there are things we can do to postpone it: exercise, eat right, avoid tobacco and alcohol, etc. These are healthy practices, and those who do them are admired. Attempting to pay fewer taxes, however, is sometimes looked upon with derision. It’s easily confused with “tax evasion”, which is the illegal non-payment or underpayment of tax.

This is not a column on cheating the government. Pay your taxes. Pay every penny that’s due. That said, it’s not unethical, or even unpatriotic, to ensure that you’re not paying more taxes than necessary. Tax is perhaps our biggest financial expense in life; it pays (haha, pun) to pay (haha, pun again) some attention to how much we’re paying.

Moving from one state to another might seem like an extreme measure to reduce one’s tax burden. And maybe it is, but here’s a true story that might get you thinking.

When California raised its income tax to 13.3 percent, lifelong California native Tony Robbins decided enough was enough: “That meant I was left with 38 cents on every dollar. Just 38 cents! And on top of that, the new state income tax increase was made retroactive, meaning that I was going to have to pay additional tax on income I had already earned that year.”

He and his wife moved to Florida, which has zero income tax. They bought a house and property that amounts to basically a private island. While the cost was exorbitant, Tony explains: “Here’s the kicker: with the state taxes we’re saving every year, we are literally paying off our entire new home in six years!”

You’re probably not working with the same number of zeros as Robbins, but the math still applies with smaller amounts. Spending less on state income tax will save you money. It will affect how much you can invest in your business, or in retirement. And over years, it can drastically effect your total net worth.

2) Consider Taxes in Your City or County

This one hits close to home for me. In addition to federal and state taxes, some local municipalities also levy a tax on businesses. In Lynchburg, Virginia (where Thriveworks headquarters is located), the City of Lynchburg levies a “Business License Tax,” which for professional services is a 0.58% on the gross revenues of the business.

The kicker here, 5 miles down the road is Bedford County. A lovely place, with no “Business License Tax.” The larger a business grows, the more enticing it becomes to relocate. But wait, there’s more…

3) Consider Property Taxes in Your City or County

If you have an established practice, and plan to be around for at least another 5 years, purchasing your office could be a good investment. In the same way that you don’t want to rent your home forever, the same financial math can be made for owning the property in which your business operates.

Now, considering the “Business License Tax” and the discrepancy in property tax, where would you want to plant your business?

Even small amounts of tax add up over time, especially when taking into the account opportunity costs. $5,000 spent in tax could have been invested. Investing $5,000 a year at a modest 6% interest rate, over 20 years, is $211,000!

Arthur Godfrey (1950s-60s broadcaster) was right on the money (haha, more puns!) when he said, “I’m proud to pay taxes in the United States; the only thing is, I could be just as proud for half the money.” It’s your right as an American not to pay more than is required in tax. In fact, one could argue that you owe it to your family, and to your employees, to be a good steward of your personal and business resources. That means attending to all areas of your finances expenses, including your tax expenses. 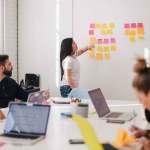 Finding the Right Clients for your Counseling Practice 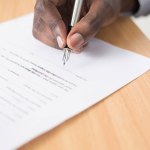 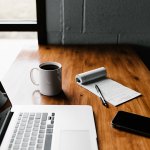 How Much Money Can A Counselor in Private Practice Make?
Anthony Centore, PhD
10 min read

Counselors Practicing Without a License: Is it Legal?
Anthony Centore, PhD
6 min read 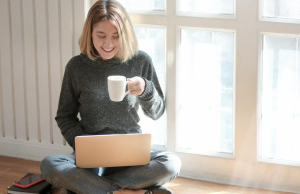