Should I Sign a Private Practice Non-compete Agreement? (Q&A)

I loved your video setting up a practice in 7 days!! thank you. My question is, I am newly licensed and was offered a position at the site that i completed my intern hours at. As an intern, the owner paid $15/client while he was making $72, but I was an intern and need the hours so I had to do it. Now that I am licensed his split is 55/45 with me getting 55 and he gets the 45%. I feel i should do this for a little while, while I am trying to get my own practice going. The problem is (really what my question is) in the employee agreement he gave me to sign it states that I can not work within a 50 mile radius of his office. I live in the area and want to of course set up a space close to home and was hoping that I could work for him a few days per week while starting my own practice. What are your thoughts? Thank you so much, MaryAnn.

I’m going to ignore the issues of compensation for now, because it’s not really relevant to your question about the non-compete. I’m starting to answer your question by restating it here:

“The problem is in the employee agreement he gave me to sign it states that I cannot work within a 50-mile radius of his office. I live in the area and want to of course set up a space close to home and was hoping that I could work for him a few days per week while starting my own practice.”

In addition, non-competes (typically) need to be reasonable, and many states that do allow for them, if the issue is brought to court, if they’re not deemed reasonable will be completely thrown out—not just edited.

For example, if a non-compete says that one cannot work for another counseling business, in any capacity, such might be deemed to broad (you can’t even work as a receptionist?) and therefore could be entirely thrown out. Or, distance, if too far, could also be deemed unreasonable, and could result in a non-compete being thrown out.

Some states, on the other hand are “big boy” states which means if you sign it, you need to stand by your word right from the start.

Okay, so there’s some general legal info (that I do not warrant. I’m not an attorney. I know just enough to be dangerous).

Here’s what I think is the best way to handle your situation.

Don’t sign an agreement you don’t intend to honor from the start, even if you think you can get away with breaking it. Doing so is not not honorable. It’s bad business and not worth the investment.

In this case, the owner wants you to start by signing a 50 mile non-compete. Frankly, I think that’s craziness. But that’s my opinion.

If I were in your shoes, and I wanted to see some clients with this practice while planning or starting to make an investment into my own therapy practice down the road, I’d come clean and tell the owner.

While the last answer isn’t the ideal outcome for you, that’s really the best and most honest way to go about negotiating the terms of your employment.

I hope this helps! 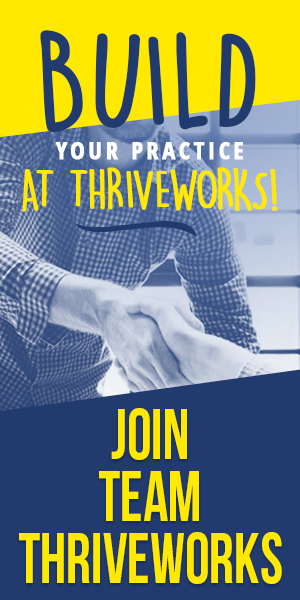