The Mental Health Effects of Being a Celebrity

Celebrities are always in the spotlight. For the movie they just starred in or the album they just released. And regardless of what they’re doing, the cameras are flashing—as they take their dog for a walk, grab a cup of coffee, trip on the red carpet at the Met Gala, or publicly announce their divorce. It doesn’t matter, the world is interested. While most of us can’t identify with the life of a famous person, we can imagine the extensive pressures and stressors this limelight puts on them—especially after seeing mental illnesses like depression, anxiety, and substance use disorder wreak havoc in and even take the lives of our favorite actors, singers, and comedians. This begs the question: are celebrities more susceptible to mental illness?

Mental illness is not discriminatory; therefore, it affects celebrities just like the rest of the population. But because the spotlight is always on them, we hear more about their experiences with depression, OCD, anxiety, and so on. With that being said, they’re not necessarily more prone to developing these diseases, but instead either feel compelled to share their stories in hopes of reducing the stigma behind mental illness or don’t have the option of keeping it to themselves. Still, it seems a few certain illnesses invade the circle of the famous, such as…

…depression, which is characterized by a loss of interest in daily activities and an impaired ability to focus. According to the Diagnostic and Statistical Manual, Fifth Edition (DSM-5), a few other symptoms include fatigue, weight loss and gain, feelings of worthlessness, and suicidal thoughts. Additionally, the DSM-5 does not report fame as a risk factor, but neuroticism, rough childhood experiences, and other non-mood disorders such as borderline personality disorders.

…anxiety, as characterized by excessive worry and symptoms similar to those of depression: restlessness, fatigue, impaired concentration, irritability, and sleep disturbances. But again, the DSM-5 does not include fame as a risk factor for developing anxiety. However, people with chronic illnesses, those with first-degree relative who suffer from anxiety, and women, are more susceptible to the disease.

…and substance use disorder (SUD), which is a leading health problem in the United States today. Individuals with SUD may abuse prescription drugs as well as illegal ones and report symptoms such as ongoing cravings for the substance, feelings of loneliness and helplessness, and a hindered work or social life due to the addiction. Risk factors include having another mental health disorder, a family history of addiction, exposure to peer pressure, and simply being male. While fame doesn’t make the list, celebrities are likely exposed to more peer pressure than the average individual and alcohol and drugs are readily available to them, which sometimes prove too tempting.

The following are celebrities who have personally dealt with and bravely spoken out about these mental illnesses or others, in hopes of reducing the stigma behind mental health and helping their fans who also suffer:

According to the Centers for Disease Control and Prevention, 25% of the U.S. population suffers from mental illness. And while celebrities are not more susceptible to developing a mental health condition, they do make up part of that 25%. So next time you assume this or that celebrity has the perfect life, think again—they could be dealing with something our eyes don’t see. 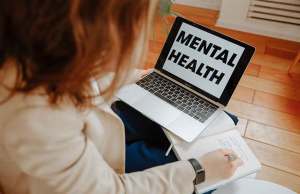