The DSM-5 has outlined the following criteria, which must be met in order for a male hypoactive sexual desire disorder to be diagnosed:

Who Is at Risk of Developing Male Hypoactive Sexual Desire Disorder?

How Do You Treat HSDD in Men?

There are a few treatment options for those who suffer from male hypoactive sexual desire disorder. However, the DSM-5 states that effectively treating this disorder relies heavily on removing or targeting the underlying issue. For example, if the disorder has emerged due to relationship problems, relationship counseling will prove most effective. The following are other successful treatment methods, again depending on the root of the problem:

Are you still unsure about what treatment might be best for your specific sexual drive issue? In this video, Dr. Albaugh, PhD, APRN, CUCNS, of NorthShore University HealthSystem goes into greater depth about possible causes of male hypoactive sexual desire disorder and their corresponding treatment methods.

Third-wheeling: Being single when your friends are in a relationship

The pros and cons of a starter marriage 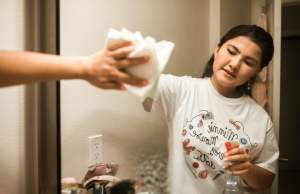 How do you deal with a panic attack?