Researchers say our imagination is so powerful, it can help us overcome our biggest fears

A new study from the Icahn School of Medicine at Mount Sinai titled “Attenuating Neural Threat Expression with Imagination,” published in Neuron, says that your imagination can aid you in a fight against your fears. More specifically, imagining an encounter with a perceived threat can help you overcome your fear of it. This study and its findings are expected to aid the treatment of various disorders that are rooted in self-perceived or learned threats.

This study sought to understand how fears are learned and how they are unlearned. When people learn to fear a potential threat (say a bird flying overhead) their fear is triggered every time they encounter something they associate with the fear: such as sights or sounds (e.g., a bird’s feathers or a bird’s cawing).

These fears can manifest in a way that’s severely troubling to the individual. As mentioned previously, numerous disorders can stem from these fears—anxiety disorders, phobias, PTSD—and alter one’s life as he or she knows it. Fortunately, however, the Mount Sinai researchers offer an innovative approach to treating their disorders and underlying fears with these new findings.

In an effort to understand how one’s imagination might come into play in extinction learning, the researchers first exposed their 68 participants to an auditory threat conditioning. They listened to two different sounds; one of these sounds was accompanied by an electric shock. Then, the participants were split into three different groups at random: one group put imagined extinction to the test, another underwent real extinction, and the remaining group served as the control, in that they did not undergo any kind of extinction.

The group that engaged in imagined extinction were told to imagine the sounds they heard previously, to play them in their heads; the group that performed real extinction were again exposed to the two sounds. Meanwhile, the control group imagined two random nature sounds. After each group performed their task, they were all exposed to four shocks, followed by the two sounds again.

In looking at MRIs of each participant, the researchers found that imagined extinction was just as effective as real extinction in reducing the perceived threats, in terms of cues or triggers of their fears. Each activated a certain network of threat suppression in the prefrontal cortex. These findings open the door for therapies rooted in utilizing one’s imagination and further account for the amazing power of our minds. The hope is that those being treated for anxiety and fear-related disorders will benefit greatly from this study. 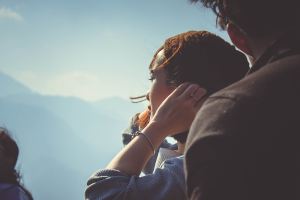 Depression and anxiety might affect susceptibility to certain allergies, according to new study 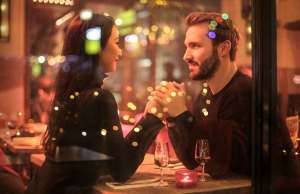 Envy dissipates once an event has passed! (Video)

Researchers say a psychedelic drug could improve treatment for depression and anxiety, due to its fast action and short duration