There is a plethora of misconceptions and myths when it comes to the topic of mental illness. For example, some people believe that disorders like depression and anxiety are dramatic diagnoses for difficult feelings like sadness or mere nerves. But this is certainly not the case—these conditions and those of the like are real and they’re harmful to those who suffer with them. Another common myth is that people with mental illness are less intelligent; but in reality, they’re just as smart as those of us who aren’t diagnosed with a mental disorder.

The research team first came up with a “hyper brain/hyper body theory of integration,” which suggests that people with higher cognitive ability react with greater emotional and behavioral response to their environments. And because of their increased awareness, individuals with a high IQ then typically exhibit a hyperreactive central nervous system. For example, “a minor insult such as a clothing tag or an unnatural sound may trigger a low level, chronic stress response which then activates a hyper body response,” Dr. Nicole Tetreault, co-author of the study, explained to NeuroscienceNews.

Then it was time to put their theory to the test. The team surveyed 3,715 members of American Mensa, Ltd., a group of people that share the trait of high intelligence. Each individual reported their experiences with both diagnosed and suspected mental illnesses—such as mood and anxiety disorders (like ADHD)—as well as physiological diseases, like food allergies and asthma. The researchers then took this data and compared it with the statistical national average for each illness.

The results were just as the team expected and in support of their model: those in the Mensa population (or those with exceptional IQs) had significantly higher rates of the varying disorders. For example, over 10% of the US population is diagnosed with some form of anxiety, compared with 20% of Mensans.

While having a higher IQ is generally flaunted and envied, this study shows that there is a big downside, as these individuals possess “unique intensities and overexcitabilities which can be at once both remarkable and disabling on many levels,” lead author of the study Ruth Karpinski explained to NeuroscienceNews. “Our findings are relevant because a significant portion of these individuals are suffering on a daily basis as a result of their unique emotional and physical overexcitabilities. It is important for the scientific community to examine high IQ as being front and center within the system of mechanisms that may be at play in these dysregulations,” she said.

Moving forward, the team hopes that their findings may lead future studies to treat high intelligence as “a potential genetic piece of a psychoneuroimmunological puzzle.” But for now, these findings serve as the perfect debunking means to the common myth that mentally ill individuals aren’t intelligent. They are intelligent—highly intelligent.

Do I have trust issues? How to identify and overcome them 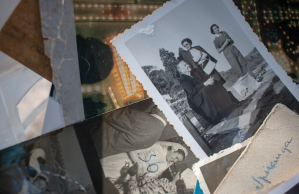 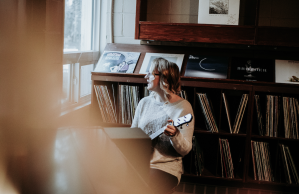 Music therapy: How the “Encanto” soundtrack and other forms of music can help us to process our emotions

Words of encouragement for someone with a mental illness: 5 helpful things to say