What is binge-eating? When does it become a problem? Do I need help?

Binge-eating is consuming large amounts of food in a short amount of time. And while pigging out on a bowl of popcorn and M&M’s during a movie night with your friends or eating a whole pint of ice cream in the midst of a breakup might be acceptable, binge-eating is typically characteristic of binge-eating disorder.

Those who suffer with binge-eating disorder are unable to control their behavior, continuing to eat well after their appetite is satisfied. People with this eating disorder will eat even though they’re not hungry. In addition, individuals who binge-eat don’t purge after eating and can be a normal weight, a little overweight, or obese. The development of the disorder is estimated to be in late adolescence or early adulthood, and often, those with the disorder suffer from another condition relating to a low self-esteem. 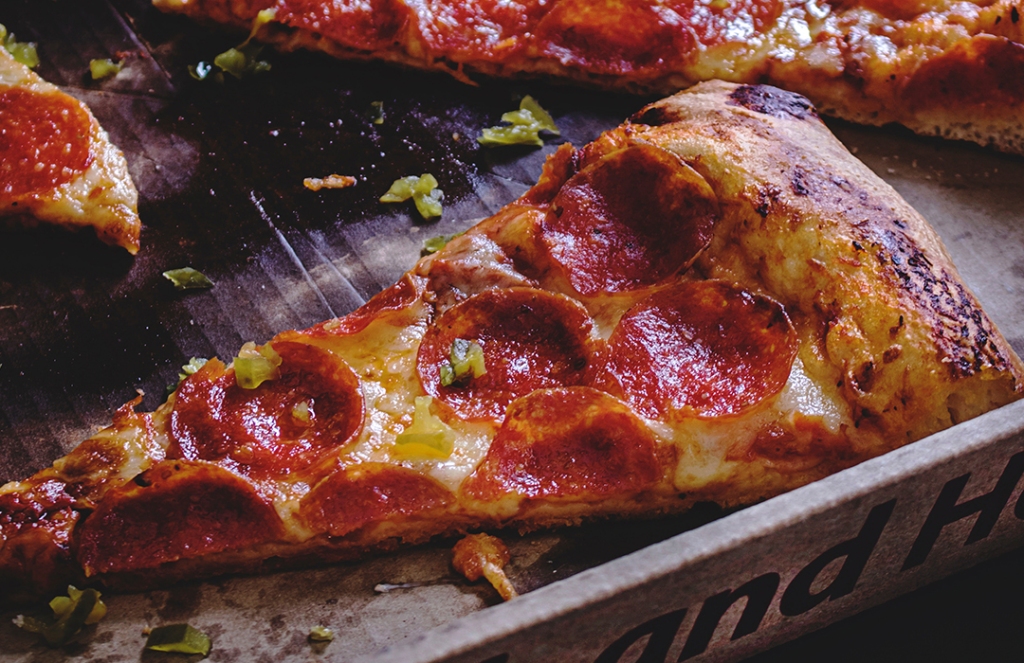 What Are the Symptoms of Binge-Eating Disorder?

To be officially diagnosed with binge-eating disorder, an individual must meet all of the criteria listed in the Diagnostic and Statistical Manual for Mental Disorders, Fifth Edition (DSM-5). The criteria or symptoms include:

1. Recurrent episodes of binge-eating, which are characterized by:

2. Binge-eating episodes include at least three of the following:

4. The binge-eating episodes occur at least once a week for three months

5. The binge-eating does not occur exclusively during the course of anorexia, bulimia, or avoidant food intake disorder and is not associated with recurrent purging.

Other symptoms can include feeling numb while bingeing—as if the person is not really there and on “auto-pilot,” as well as being desperate to control weight and eating habits.

Why Can’t I Stop Bingeing? What Causes Binge-Eating Disorder?

There are an assortment of things that can play a role in the development of binge-eating. Social pressures, for example, can cause one to harbor difficult feelings that lead to emotional eating. Some parents even set the stage for binge-eating (though often unintentionally) by using food as a way to comfort, dismiss, or reward children. For example, if the child gets all of his homework finished by a certain time, the parent will reward him with an extra helping of dessert. Or, if a parent is in the middle of a work project and needs to concentrate, he may offer the child a favorite snack to stay quiet or busy. Additionally, when children receive recurrent, critical comments about their weight and bodies, they may internalize these remarks and go on to develop depression or anxiety.

Other people may have difficulties with impulse control, as well as handling and expressing their feelings. Low self-esteem, loneliness, and unhappiness about the body may also contribute to binge-eating. Finally, biological abnormalities can add to binge-eating. The hypothalamus—the part of the brain that controls the appetite—may not be sending accurate messages about being hungry or full. In addition, low levels of serotonin—the brain chemical that’s responsible for maintaining mood balance—can play a part in compulsive eating.

Treatment for Binge-Eating Disorder: Where Can I Find Help?

People who suffer from binge-eating disorder can find healing once the disorder is realized and addressed. The most important part of a successful journey is for an individual to take the advice of the doctor and/or therapist while being committed to changing their habits and behaviors.

The biggest hurdles are adopting new, healthy eating habits and ensuring you are at a healthy rate. The good news is that cognitive behavioral therapy (CBT) can help you curb your binge-eating habits. It is helpful in setting regular eating patterns and working to moderately restrain eating by using an assortment of strategies. In addition, therapists encourage the individual to have a realistic weight goal, as well as find out the emotional and psychological causes that caused the harmful behavior.

Breaking the Binge-Eating Cycle: 6 Tips That Will Help

If you struggle with binge-eating disorder, it is important you seek professional help. Additionally, the following might prove to help you on your journey toward healing:

You’re more apt to overeat if you have snack foods and desserts stored in the house. Clean out the cabinets, cupboards and the refrigerator—as well as hiding places–of favorite binging foods.

2. Your body is talking to you—listen.

It’s important to recognize physical and emotional hunger. If you feel that you want to eat, but you just had dinner a short time ago and don’t feel that pang in your stomach, you’re probably not hungry. Instead, wait a little while to give the craving time to pass.

3. Focus on the food you’re eating.

Sometimes while people binge, they feel like they’re in a trance. They don’t enjoy what they’re eating—they may hardly notice it. Slow the eating down, and make sure to taste the flavors.

4. Eat on a regular schedule.

It’s important not to wait to eat until you’re famished. You’ll only overeat that way. Make sure to have scheduled times for meals and don’t skip any because that will cause you to feel enticed to snack later on.

Opt to do something other than eating when you’re bored. Visit with a friend, read a book, write in a journal, garden ,or take an invigorating walk.

Some people designate one day of the week as a day when they can “cheat”—the only day where they allow themselves to eat anything they want. Don’t follow this path, because it will only contribute to the binge eating.

Does my friend have an eating disorder? If you’re concerned about a friend’s eating habits, educate yourself and be compassionate when opening up about your suspicions
Dr. Tarra Bates-Duford
3 min read
Disclaimer