Sociopath vs. Psychopath: What Is the Difference?

There are a lot of words we throw around nonchalantly: two of those being sociopath and psychopath. Mr. Daron is a psychopath, he made us dissect frogs in class today. She never talks to anybody, she’s a complete sociopath. As you can see, it’s easy to declare someone a sociopath or psychopath, but what actually warrants these name assignments? And what’s the difference between the two?

Two Sides of the Same Coin?

The answers to the previously posed questions aren’t so clear cut. Many recognize these two words as psychological terminology, and therefore expect precise definitions. This, however, just isn’t the case. Psychologists, psychiatrists, therapists, and other mental health professionals alike disagree about what “sociopath” and “psychopath” mean: some believe the terms are synonymous, others believe they have distinctive differences, and others don’t recognize them as useful terms at all. Caleb Backe, Health and Wellness Expert at Maple Holistics, falls somewhere in the middle. And he’s here to explain his stance and understanding of the controversial topic:

“There are a lot of misconceptions out there in the world when it comes to mental disorders, and much of that can be attributed to pop culture. Of all the misunderstandings, none may be as prevalent as the difference between a psychopath and a sociopath. It’s important to know that neither of these two conditions are included in the most recent edition of the American Psychiatric Association’s Diagnostic and Statistical Manual of Mental Disorders Text Revision (DSM-IV-TR).

Nevertheless, mental health experts across the world agree that psychopathy and sociopathy are more common than we think. In fact, although psychopaths are most frequently identified within prison walls, there may be millions of them walking the streets. Nevertheless, these conditions do not necessarily entail violent tendencies. In general, psychopaths and sociopaths can be characterized by a lack of empathy, although there are a few key distinctions between them.

The prototypical psychopath is somebody, usually male, who may be charismatic and intelligent and is an expert at mirroring human emotions. On the other hand, sociopaths typically don’t put up a façade; instead, they are narcissists who don’t even pretend to be interested in others. While both will do whatever it takes to get their way, psychopaths are calculated in their methods compared to the more chaotic sociopaths.

Although there is a clear distinction between psychopathy and psychosis, modern medicine is still years away from finding an effective treatment. However, recent studies suggest that these conditions can actually be identified in the brain, mostly in the frontal lobe. This area is responsible for most of our social behavior, decision-making, and overall inhibition, all actions which psychopaths and/or sociopaths struggle with. Now that we’ve been able to isolate a physical difference between a healthy brain and that of psychopath and sociopath, we are one step closer to finding a treatment for these individuals.”

In sum, Backe recognizes key differences between sociopaths and psychopaths, but he also acknowledges that neither condition or term is featured in the most recent version of the Diagnostic and Statistical Manual of Mental Disorders. Instead, individuals who display behavior characteristic of sociopathy and psychopathy fall under a different condition entirely: antisocial personality disorder (APD).

Sound familiar? That’s because the common interpretations of psychopaths and sociopaths fall in line with this very behavior: these individuals lack empathy, sympathy, accountability, and conscious. However, if we’re being technical, they can more accurately be described as having antisocial personality disorder (as long as they meet the criteria set forth by the DSM).

Foregoing the terms “psychopath” and “sociopath” can help you avoid a confusing and controversial mess. Instead, use APD to more accurately describe these individuals, and take this opportunity to understand why they are the way that they are. Antisocial personality disorder is a mental illness: that means that these individuals aren’t choosing to be careless, deceiving, and manipulative—their disorder causes them to act as such.

The specific cause of antisocial personality disorder is unknown; however, genetic and environmental factors may play a role in its development. Fortunately, there is treatment available for those who suffer with APD, such as cognitive behavioral therapy, which helps them to understand his or her distorted views and adapt healthier behaviors. Do your part in alleviating the harmful effects of APD for these people by foregoing hurtful and careless use of the words “psychopath” and “sociopath.” 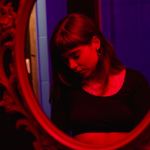 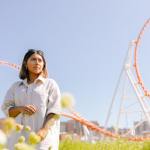