Alzheimer’s disease is a brain disorder that destroys one’s memory, thinking skills, and in turn the ability to complete even simple day-to-day tasks. According to the Alzheimer’s Association, 5.8 million Americans have this form of dementia—but Alzheimer’s and other forms of dementia do not account for all cases of memory loss.

It’s normal to experience lapses in memory from time to time, especially as we age. And it’s important to understand the difference between occasional breaks in memory and signs of Alzheimer’s. Beatrice Tauber Prior, Psy.D—Clinical Psychologist and author of the best-selling children’s book Grandma and Me: A Kid’s Guide for Alzheimer’s & Dementia—is here to help us identify a few key differences:

1. They forget how to perform simple tasks.

Alzheimer’s often begins with the individual forgetting how to complete simple routine tasks they’ve performed a hundred times before. “All people who get older can expect lapses in memory from time to time, but a hallmark between an occasional memory lapse and the onset of Alzheimer’s disease is the type of memory lapse,” Prior explains. “For instance, the person with early signs of Alzheimer’s disease may forget how to use their keys, while the person with normal memory lapses will forget where they put their keys.”

2. They get lost visiting familiar places.

If you or a loved one suddenly can’t remember how to get to familiar places, this is another cause for concern. Prior explains: “Another early symptom of Alzheimer’s disease is getting lost driving to a familiar place. All people get lost from time to time when driving to a location, but a warning sign for AD is the person getting lost when they drive to the store that they have shopped at for 20 years.”

While we all have trouble recalling that one word or phrase from time to time, those with Alzheimer’s start to forget common words and substitute others. “A third early symptom of AD is word substitution. We all forget a name or word from time to time, but people with Alzheimer’s disease may forget a word and then substitute the word. For instance, the person may call a lawnmower a grass cutter.”

4. They become apathetic and depressed.

Finally, in later stages, those affected by Alzheimer’s experience apathy and can develop depression. “As Alzheimer’s disease progresses, the later symptoms include impaired communication, poor judgment, disorientation, confusion, behavior changes, difficulty speaking, swallowing, and walking,” says Prior.  If you or someone you know is experiencing signs of Alzheimer’s, schedule an appointment with a doctor. They can evaluate the symptoms and determine whether you have Alzheimer’s or another condition. An early diagnosis can benefit you greatly, as you’ll gain sooner access to treatment options and learn how to preserve your cognitive functions through lifestyle changes. 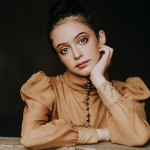 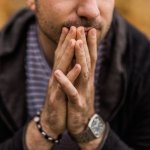 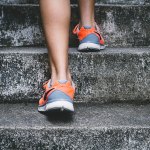 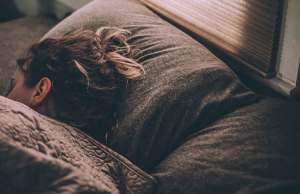 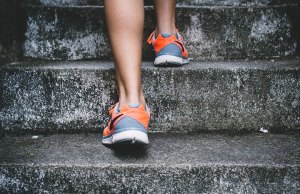