A recent study “The Robustness of False Memory for Emotional Pictures” from Ithaca College says that emotionally-charged events can lead to false memory creation. This research explores this phenomenon. For a helpful reference later, let’s look at a traumatic experience and how it might affect one’s memory:

It’s finally Friday night, and Mariah couldn’t be more relieved. Work this week was rough—as it typically is around the holidays. But the promise of her slippers and a glass of wine get her through the final stretch. She clocks out, says goodbye to her coworkers, and hurries down the steps. Her walk home is nice—the air is comfortably warm, and a stray cat joins her for most of the way. Mariah turns the final corner before her apartment. But instead of reaching her front door, she’s knocked to the ground. She lays on the hard pavement, unmoving. Her heart is pounding. Her head is bleeding. And her mind is transfixed on the memory of her aggressor’s green eyes.

A few days later, she is called into the police station. The officer asks her to identify the assaulter in a lineup of five men. With ease, she lifts a finger, pointing it at the man who violated her—or at least she thought she did. The following day, the police are called to the scene of another assault, one that mirrors Mariah’s. But this time, they’re able to catch the perpetrator. When Mariah sees those green eyes in the daily crime report, she knows she accused the wrong man.

Mariah thought she remembered every detail of her assault. And she confidently identified who she thought was the suspect at the police station. But as it turns out, her recollection of the event wasn’t so reliable after all. According to the study mentioned previously, emotional or traumatic events make for an untrustworthy memory.

Some believe that memories of traumatic events are more vivid and perhaps more reliable. This is called flashbulb memory. However, this isn’t always true. The aforementioned study involved nine different experiments, which involved showing participants various pictures designed to evoke either positive, negative, or no emotions at all. After, the subjects were shown a different series of pictures: some of the pictures were shown previously, others were not. Their job was to determine the difference.

The Role of Empathy in False Memories

Both short and long-term memory were tested, using two different delay intervals: 10 minutes and a week. This yielded several interesting results: In the long term, participants were more likely to correctly identify the original negative emotion-inducing pictures then they were neutral ones, but this did not hold true in the short term. Additionally, the subjects were more likely to falsely identify new negative emotion-inducing pictures as originals in both delay intervals.

The researchers explained that intense emotions create false memories. In the case of assault, a victim would falsely identify someone in a lineup when the actual perpetrator of the crime wasn’t there due to the emotionality of the crime. This is a significant finding of this study, but it has been suggested before—this research stood out by delving deeper into the subject matter of the memories: researchers found that false memories were only provoked by pictures of people, not of objects. Why? Empathy. The research team believes that people empathize with pictures of people in way they can’t with objects. They plan to explore this hypothesis further in future experiments. 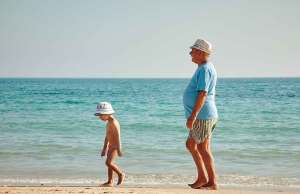 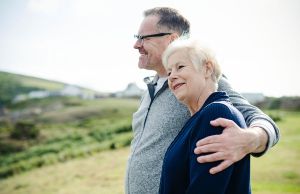 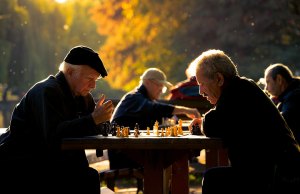 Keeping the brain young: How can I maintain my mental, emotional, and physical health as I age?

Disconnected and isolated from society: one of the biggest issues for older adults is loneliness

The older we get, the younger we feel—our opinions on old age change as we age