How to Break Up When You Live Together: 3 Simple Tips

Lena and Martin’s relationship has been on the rocks. And after 12 years of marriage, they’ve decided to call it quits. As with any other big split, a few questions and concerns arise… the most important being: Who gets the house? And what about the kids? Now, instead of determining who of the two gets to keep the house, or selling it rather, the couple come up with a less than ordinary solution—they’ll both stay and continue to raise the kids. One person will stay in the garage and assume the “single” partner role, while the other stays with the kids inside and takes on the “parent” role. Then, they’ll swap at the end of every week.

This sounds pretty bizarre, doesn’t it? That’s because it’s the plot of a new series on ABC called Splitting Up Together. This tv show chronicles the unique experience of living together after calling it quits on the relationship. Both characters, Lena and Martin, begin to learn where they failed as partners as well as how they could improve as parents. Ultimately, this insight gives them a deeper look at why their relationship met its doom, all the while providing viewers with some heartfelt as well as comical entertainment, considering the unusual circumstances.

While this is just a show—and a comedy at that—Splitting Up Together makes an important point: breaking up when you live together is far from simple. This added element makes the breakup, an already difficult and painful experience, even harder. So, how do you break up when you live together? My guess is that you aren’t looking to divide and share your home like Lena and Martin. (But hey, if you are, no judgment here). Instead, you need a little help going into this tough split. Well, you’re in luck, because Licensed Marriage and Family Therapist, Anna Osborn, is here to help me help you get through it. Just follow the three simple tips below:

1.Be as honest as possible.

First, be open with your partner. I know it’s easier said than done, but you don’t want any lines to get blurred during the breakup. “Be as honest as you can with your partner about the reasons for breaking up,” Osborn advises. “Being honest (and respectful) can lessen the discomfort of temporarily remaining under the same roof as it has been clearly communicated why the break needed to occur.” If you instead instill false hope in your partner, or keep them guessing about why you want to split, the breakup and the whole living situation will only get a whole lot rockier (not to mention awkward and uncomfortable).

You’ll also need to discuss new boundaries, as explained by Osborn: “As you transition from partners to exes, it will be important to establish boundaries, especially before you move out.” She goes on to add that “the temptation to fall back into old familiar patterns will be high, so establish boundaries around what living together will look like and then respect and uphold them. An important boundary may also be refraining from starting a new relationship until you have moved out of the shared home.”

And finally, create a move out plan and stick to it. “Living together after breaking up can feel like limbo and both of you deserve an end date to when you will transition fully out of the relationship. Once that plan is established, stick to it as best as possible.” When is your lease up? Are either one of you willing to move in with a friend? A family member? Come up with the best possible plan that you both agree on, and follow it to a tee.

As I touched on earlier, breakups are never easy. They’re actually very difficult, regardless of whether you’re the person initiating the breakup or not. Therefore, sharing the same living space for a little while after you’ve initiated the breakup is going to be hard too. But ultimately, it will be easier to navigate if you follow the three tips we’ve outlined above: be completely honest with your partner about why you want to split, establish clear boundaries for the remainder of your time living together, and come up with a smart plan for going your separate ways. 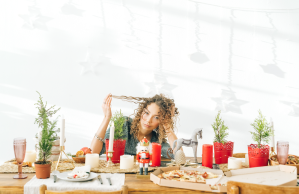 How to cope with a holiday breakup: Action-oriented activities that will help you heal 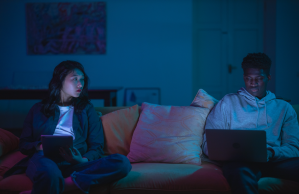 If you’re feeling lonely after a breakup, fill that empty void with healthy activities and learn to prioritize yourself

When Is Breaking Up the Right Thing to Do?

How Long Does It Take to Get Over a Breakup? 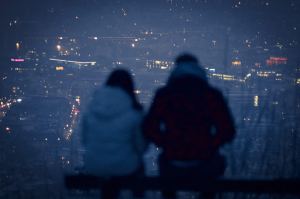 Common Breakup Lines and What They Really Mean