How does divorce affect a child’s future relationships? How can it change their view of love? 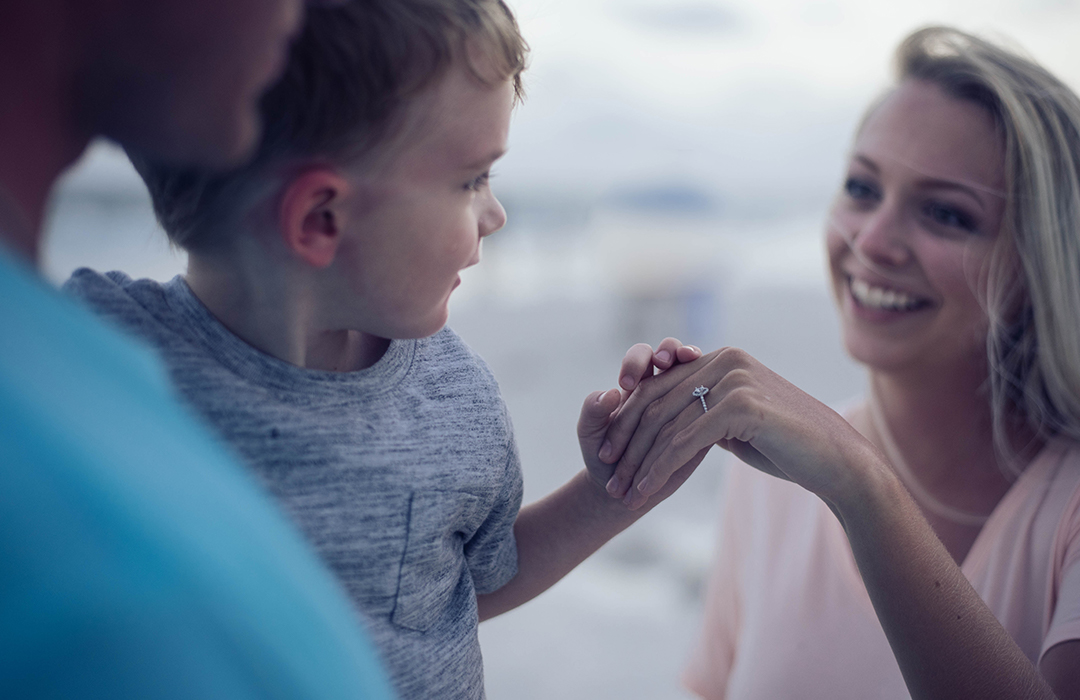 I always thought marriage was inevitable. I’d grow up, finish school, date, and eventually get married. In my young mind, that’s simply what you did; that was the framework you modeled your life after. It wasn’t until my parents divorced that I reconsidered this framework. Suddenly, it seemed that everyone around me was divorced and slandering marriage: my dad, my sisters, my coworkers. “Don’t ever get married, it’s nothing but trouble,” I was told. Soon enough, I decided I no longer wanted to marry, even if I found the love of my life. Sure, love was still an intriguing possibility, but marriage was out of the question because I knew it could very well end in divorce.  For me, my parents’ divorce changed both my future relationships and view of love. For a long time, I didn’t let myself let anyone in. I also came to the conclusion that love is a choice, one that required hard work; it was not a magical power I once believed it to be. Now, that said, we—children of divorce—aren’t all affected the same. “It depends on how amicable or not the divorce is and what type of relationship the parents share together post-divorce,” Dr. Sherrie Campbell, Licensed Psychologist, explains. However, there are almost always harmful ripple effects of divorce and struggles in coping, as well as important lessons to be learned.

The Ripple Effects of Divorce

Divorce is rarely easy—on those divorcing as well as their families, especially their kids. Even in the instance of an unhealthy relationship, watching parents separate and dealing with the ripple effects is hard.  “Divorce breaks up a family unit and that is very hard on children because, by their nature, children want their family to stay together,” Campbell explains. In many cases, the marriage can prove problematic to children too, due to their exposure to the disorder of an unhealthy or doomed relationship. “Most divorces are horribly contentious and what the children saw during the marriage was not love but chaos, immaturity, and disconnection. All dysfunction comes from disconnection.” Additionally, the stress of making both parents happy post-separation is harmful in itself. “It’s terrible on the kids to have to consistently please each parent and share custody from one home to the next,” says Campbell.

When my parents separated, we pretended like everything was normal. We didn’t talk about our feelings or bring any attention to this significant change. At the time, this was fine by me—because talking about it made it real, and I didn’t want it to be real. But a year or two later, I realized that I never healed properly. Keeping my emotions to myself hurt everyone involved. And I wished my parents would have put more of an effort into discussing, as a family, the troubling matter at hand—no matter how difficult. “Children are always worried about hurting the feelings of their parents when the parents should be more worried about their kids being hurt,” Campbell explains. “Kids largely get left out and are left to deal with their emotions around the divorce on their own. This causes them to live under the limiting belief that they are not important or significant enough for people to care about.” Today, I struggle to open up in my relationships or allow myself to rely on someone else. Unintentionally (and incorrectly), I learned I could rely only on myself. Campbell says this is often the case: “These limiting beliefs will care into their future relationships where they have very little trust in people. To find a sense of solid ground they are likely to view the price of admission for a relationship as their having to be needless and they will erroneously view that they must do all the work. They believe that if anything goes wrong in the relationship that it must be their fault.”

I’ve never not been open to the idea of love. But as I mentioned earlier, my view of love has changed significantly. Right now, I don’t think falling in love and getting married is worth the price of possibly getting divorced later down the road. However, I’m still working through my feelings and my view of love and marriage is constantly evolving. “Most really want to feel and be in love while others see the whole relationship thing as too painful, and they avoid connection at all cost,” says Campbell. “Children of divorce need to examine what they want out of love, and many tend to look for people who are nothing like their parents only to end up in a dynamic that is very similar. The good thing about this is that we often learn what love is from experiencing what love isn’t.”

Home » Counseling News » How does divorce affect a child’s future relationships? How can it change their view of love?