Narcissists are extremely self-centered. These are the people that make everything about themselves—the ones that brag every chance they get and truly think they’re better than others.

Some narcissistic individuals have their egotistical tendencies under control, but others have a more serious problem: a disorder rooted in their narcissism. When narcissism proves to severely and negatively impact one’s day-to-day living, they’re diagnosed with narcissistic personality disorder (NPD).

It’s possible you’ve met someone with narcissistic tendencies or someone with NPD. In fact, there are good odds you know one pretty well and come into contact with them on the daily, based on Thriveworks research. Let’s look at where we encounter narcissists and how to better deal with them, in our personal and professional lives.

Do You Know a Narcissist? 50% of Americans Say They Do

Thriveworks recently conducted research into how many Americans believe they have a narcissist in their lives. We discovered that 50% believe to be close to a narcissist — and of that 50%…

*This was a study of 1005 Americans commissioned by Thriveworks and conducted by Censuswide in January 2022.

How to Deal with a Narcissist at Work: 4 Tips

You know that one coworker who takes all the credit for a group effort? The one who exploits your weaknesses, lies if it’s to their benefit, and constantly claims to be “the best”? That’s narcissism in action, and it can be extremely difficult to deal with.

Fortunately, you can make your work life a whole lot easier if you follow these tips to cope with the narcissist in your office:

A narcissist probably isn’t the best person to collaborate with, if you can help it. These individuals are known to capitalize on others’ weaknesses and do whatever it takes to come out on top. So, if you’re able, stay as far away from this person as possible. Pick a different partner; ask another coworker for help.

If you do have to work closely with the narcissist in your office, be careful of what you do and say around them. They are always on high alert—ready to twist and turn what you’ve said or done if it benefits them.

For example, say they ask you how you feel about the new guy at work and you respond with, “I think they’re still getting the hang of it!” Instead of taking this innocent statement for what it is, they tell your new coworker that you think they’re unfit for the job. To avoid situations such as these, censor yourself whenever you’re in close proximity to a narcissist.

Get ahead of the game by preparing for a narcissist’s attack. First, be emotionally prepared. For example, breaking down after getting into a screaming match with them will only make matters worse. Learn how to restrain yourself.

Second, prepare to defend yourself professionally. If you must interact or collaborate with the narcissist, try to make sure someone else is around to witness what goes down. That way, they can vouch for you if the narcissist tries to say you did or said something that you didn’t.

I know it can be tough not to take a narcissist’s actions personally, but it truly isn’t about you or anything that you’ve done. Their selfish and egotistical tendencies are rooted in insecurities and the desire to be the absolute best—even if that means taking others down in the process.

So, when you’re having a difficult time dealing with these individuals, just remind yourself that you’ve done nothing wrong.

4 Hacks for Handling Narcissists at Home

It’s one thing to put up with narcissists at work, but dealing with them at home where you’re supposed to de-stress and feel comfortable is a whole different challenge. You may live with a narcissistic brother, parent, or significant other—whatever the case, these hacks will help you better cope:

Because you have a closer bond and relationship with these individuals, it’s not a bad idea to talk to them about their narcissistic tendencies. Explain to them the effects their narcissism has on other people (including you) and see if you can’t get them to consider making some changes. This is more likely to work with narcissists who fall on the lower end of the spectrum and aren’t completely set in their ways.

2) Offer to help them change.

If your talk with them goes well, offer to help your brother, sister, mother, significant other (or whoever) make some beneficial changes. For example, you could start pointing out their selfish actions and demeaning words, and eventually help them identify this behavior on their own. Once they’re able to do that, they can work on actually changing or controlling their narcissistic behavior.

Whether they’ve acknowledged their narcissism and agreed to change or not, establishing clear boundaries is important. Tell them you won’t put up with their ridicule, their insults, their lies, or their criticism. You can even give them an ultimatum if you need to—say, “Hey, if you treat me this way then I’ll have to take a step back.” Doing so is effective, as it demonstrates the effect they have on their loved ones.

It’s especially difficult not to take a loved one’s harmful actions or words to heart. That said, their narcissism is no different from your coworker’s: It’s not about you or anything that you’ve done to them, it’s about their agenda and their personal insecurities. Do your best to remember that the next time they do or say something that really hits you hard. 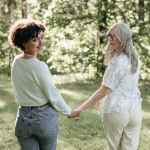