8 Celebrities Talk About Their Experiences with Therapy

Celebrities develop mental illnesses and crack under the pressures of life just like the rest of us—which means sometimes they need a little help. The following eight celebrities, who have suffered from a wide variety of conditions and stresses, decided that it was time to talk to someone. And every single one of them is beyond thankful that they did.

Jon Hamm, who is best known for his roles in The Town and Mad Men, developed chronic depression in college after his father died. And to remedy the harmful effects, he sought out therapy: “I was in bad shape,” he told the Guardian. “I did do therapy and antidepressants for a brief period, which helped me. Which is what therapy does: it gives you another perspective when you are so lost in your own spiral. It helps.”

We all know Kerry Washington as the powerful and inspiring Olivia Pope on award-winning political thriller, Scandal. But Washington wasn’t always the star of the show—instead, she was a normal college student weighed down by life’s many stresses. “I used food as a way to cope,” she told Essence magazine. “I’d eat anything and everything, sometimes until I passed out.” Thankfully, Washington decided to get help after her dance teacher approached her with concerns. “Therapy helped me realize that maybe it’s okay for me to communicate my feelings. Instead of literally stuffing them down with food, maybe it’s okay for me to express myself,” she said.

Gwyneth Paltrow balances acting, singing, and writing—but perhaps her toughest job, was being a mom to second child Moses. “I felt like a zombie,” she told Good Housekeeping. “I couldn’t access my emotions. I couldn’t connect. It was terrible.” After a few months of trying to understand these feelings, Gwyneth finally accepted that she was experiencing post-partum depression. “I thought postpartum depression meant you were sobbing every single day… but there are different shades of it and depths of it, which is why I think it’s so important for women to talk about it,” she said. Paltrow attributes her recovery to both therapy and exercise.

TV personality Kourtney Kardashian opened up to People magazine about her and Scott Disick’s experience with therapy, while they were still together: “I think [counseling] is really important. We always love going and feel so much better after,” she said. “I think everyone should go. People are like, ‘It’s so expensive and this or that,’ but that’s more important than buying clothes or a handbag or shoes. It’s your life.”

Lena Dunham, star of Girls, has been in therapy since she was nine—and not for a particular condition or problem, but to improve herself with each session. “The fact is, we all have some underlying drive and anxiety that’s pushing us forward at all times,” she told Stylist. “Having a therapist has taught me to be less cruel to myself. It’s not like therapy has made me the world’s sanest person; it’s just made me slightly less insane.”

The author of The Fault in Our Stars and Paper Towns opened up about his experiences with anxiety and therapy during a Reddit Ask Me Anything session: “I’ve known that I have this mental illness for a long time and I’ve had a lot of therapy and learned a lot of strategies for dealing with my illness. I know the benefits of exercise and meditation and CBT strategies.” Green went on to give his fans some words of encouragement. “There is hope. There is treatment. You are not alone, and while I know the struggle feels at times completely hopeless and futile, there is a far shore for the vast majority of people, and I wish you the best.”

Halle Berry began attending therapy on an “as-needed basis” when she was about 10 years old to effectively cope with the abuse of her alcoholic father. She now goes whenever she feels overwhelmed by stress. “My father was an alcoholic and a very abusive one. My mother knew the value of providing me with the outlet of an unbiased person to talk to, so I’ve done that all my life when times get stressful,” she told Hello! Magazine. “It really helps me deal with my stuff.”

Demi Lovato has gone to therapy on several different occasions for anorexia, bulimia, depression, bipolar disorder, and substance use disorder. And after seeing first-hand how much it helps, she now goes twice a week. “I take care of my mental health,” she told Entertainment Tonight. “It’s definitely something that I prioritize. I see a therapist two days a week, I reach out to people whenever I’m struggling with something.” 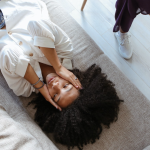 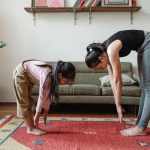 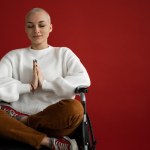 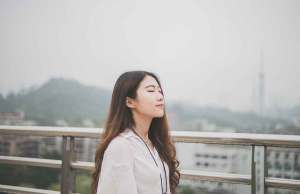 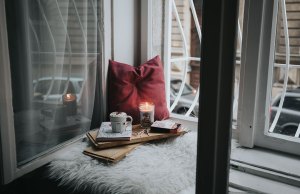 How to create a successful self-care routine: Choose practices that align with your values and interests, decide that you are worthy, and more
Taylor Bennett
6 min read

Journaling is the ultimate self-help tool: Learn how it helps us cope, accomplish our goals, and get started on your own journal
Dan Tamasulo, PhD
5 min read 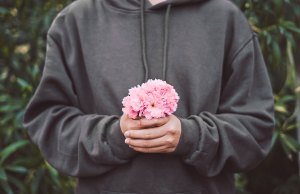 3 Ways to Be in The Moment, with Atlanta Counselor TJ Prince
Thriveworks Staff
3 min read
No comments yet
Disclaimer