Autism from a mom’s perspective: a journey through presentation, diagnosis, and treatment

My name is Alicia Potts and I have two sons with autism. When my older son, Nicholas, was two we noticed he was not talking. The doctors told us he could just be a late talker and to see how the next six months went. Six months later, there was still no change in his speech. Additionally, he started holding his ears—a lot—and would act up when we went out in public. Nicholas also had terrible meltdowns and would scream, cry, throw himself on the ground, and kick his legs. So, we made an appointment with a neurologist and received the following news: “Your son has autism, and he is mild to moderate in severity.”

Although we were relieved that we had answers, we were pressed with two questions: What did we do wrong to have this happen? And, where do we go from here?

First, What Exactly Is Autism?

Autism spectrum disorder (ASD) is a developmental disorder that typically appears within the first three years of life. It disturbs the brain’s normal development of skills such as social communication and affects 1 in 59 children each year. Early symptoms of autism include, but are not limited to:

However, some children present different symptoms: they may reach developmental milestones, but then lose these skills, which can be another red flag when attempting to detect autism. That said, most children with autism are sensitive in sight, sound, touch, smell, and/or taste. They may become extremely upset when their normal routines are changed. And it is not uncommon for them to rock their body or engage in other repeated body movements. Additionally, they can become very uncomfortable with social gatherings.

The causes of ASD are unknown, however a genetic factor is expected. Some believe diet, vaccine sensitivity, or even environmental issues can play a role, but it has yet to be proven fact. With early intervention, such as occupational therapy, applied behavior analysis (ABA), physical therapy, psychotherapy, or speech therapy, the symptoms can improve, and the individual can thrive.

Differences in Presentation: Nicholas and Trevor

My son, Nicholas, wouldn’t go near another child, and if another child approached him, he wouldn’t acknowledge them but simply walk away. He would watch cartoons or play with the wheels on his Hot Wheels cars—we quickly placed Nicholas in occupational and speech therapy.

Nicholas would get sick at the smell of certain foods and still does. He also avoids certain food textures. Nicholas prefers to be in a bathing suit at all times, including winter—as he does not like the way clothing feels on his skin. He doesn’t like loud places; however, he is a very loud talker. When Nicholas gets excited, he does repetitive hand movements and jumps up and down. He doesn’t get along with many children—he is “too honest” and does not always understand the proper things to say.

Trevor has many of the same sensory issues as Nicholas; however, Trevor is also very different. Trevor’s diagnosis also came from a neurologist; I recognized the signs early on, as I knew what to look for this time around. Trevor has a hard time understanding when he is too rough and invading personal space. He still has accidents at night occasionally. Trevor loves to wear gloves and long-sleeved shirts and pants, even in the summer, because it makes him feel secure.

Both of my sons are amazing block builders. They are very good with math and numbers as several children with autism are. Video and computer games are quickly mastered by them both. They are extremely loving children and are very happy. With early intervention and occupational, speech, and psychotherapy, they have thrived very well, and have begun to talk and go out in the community for short periods of time. It has also helped with their schoolwork.

If I can offer any advice to parents who think their children may have autism or were just recently diagnosed, I cannot stress enough the importance of early intervention. Early intervention helps with meltdowns, talking, and helps increase their chance to thrive as adults.

I also stress that autism will forever change you, as it has me. Remember the saying, “If you’ve met one person with autism, you’ve met one person with autism,” as there are not two autistic people who have the same personality. Similarly, what might work for one, might not work for another. There is still much research to be done on autism, and I look forward to seeing what information is found in the future. 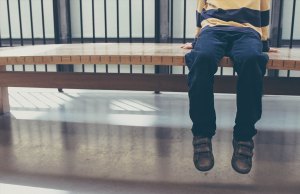 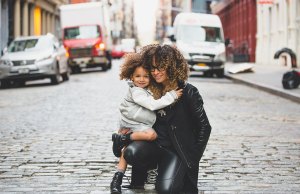 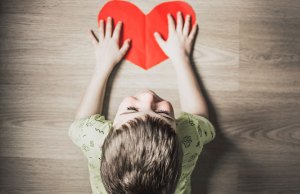 Is there a link between autism and depression? What about anxiety?