Most people who menstruate can tell you that period symptoms are no fun. However, though many people struggle with premenstrual syndrome (PMS) symptoms, some have it even worse.

What is PMDD? Well, premenstrual dysphoric disorder, or PMDD, is a depressive disorder similar to PMS, though more serious. The symptoms, such as depression, anxiety, or irritability, can even be disruptive to a person’s life due to their severity.

Since it is a premenstrual disorder, PMDD symptoms will arise one to two weeks before your period and cease a few days after it starts.

Premenstrual syndrome is relatively common in varying degrees, but PMDD is much less common. According to the OASH Office on Women’s Health, 5% of menstruating women are affected by PMDD. PMDD is also a chronic condition, and can last for years or even a lifetime, though cases pop up more frequently during menopause or when someone first starts menstruating. 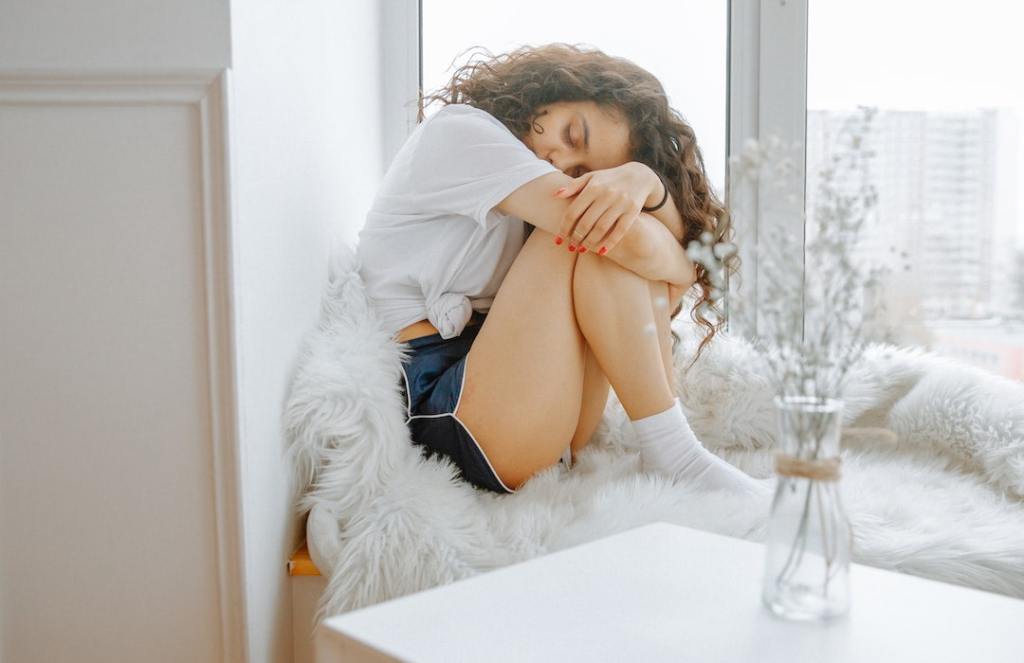 What Are the 11 Symptoms of PMDD?

In essence, PMDD involves a mixture of behavioral and physical symptoms like depression, anxiety, aggressiveness, and a changeable mood that occur right before your period.

Premenstrual dysphoric disorder DSM-5 criteria states that there are 11 central symptoms of PMDD. In order for them to be attributed to PMDD, though, there are criteria that must be met.

First, these symptoms must worsen in the week before your period, get better as you’re on your period, and be minimal when you’re off. Secondly, you must have five or more of these symptoms, some coming from the first group and some from the second, in order for you to be diagnosed with PMDD.

The first set of symptoms includes:

One or more of these symptoms must be accompanied by any number of the symptoms below, reaching a total of at least five symptoms.

These symptoms can have serious repercussions on the lives of people with PMDD, affecting relationships, work, and overall life enjoyment.

Though PMDD is very similar to premenstrual syndrome (PMS) in both symptoms and timing, they are not the same.

Premenstrual dysphoric disorder is a more intense, sometimes debilitating version of PMS. This means that the symptoms they share, like fatigue, irritability, or mood swings happen with a much higher intensity and have a much larger effect on people with PMDD.

The official cause of PMDD is unknown. However, despite there being no exact reason, there is a theory.

PMDD could be caused by an atypical response to the hormone changes that happen during a normal menstrual cycle. Serotonin is considered a mood stabilizer, and is found in the intestines and the brain. Lacking serotonin can affect sleep patterns, mood, and can be linked to depression and anxiety.

No PMDD test officially exists as of yet, aside from getting a pelvic exam and evaluating one’s medical history. If you’re experiencing symptoms and looking for a PMDD test, start by talking to your doctor. They’re a great first person to consult about your symptoms and can refer you to a mental health professional who is qualified to evaluate your PMDD symptoms, make a diagnosis, and put together a treatment plan for you.

Is PMDD Considered a Mental Illness?

Yes, as a depressive disorder, it is considered to be a mental illness. This is because it has intense psychological symptoms as well as physical symptoms. As such, there are a variety of treatment options to help people deal with their PMDD, including medication and other practical steps you can take to help manage symptoms.

What Is the Best Treatment for PMDD?

Although it technically does not need to be treated as a medical condition, as there is nothing irregular happening within the menstruation cycle itself, there are many helpful treatments for PMDD symptoms.

A common tactic is to take medication prescribed by a doctor, as you will need approval from a medical professional to get any medications that aren’t available over-the-counter. You can also try to relieve symptoms naturally, using a variety of methods like exercise or vitamins.

The most mild medicine people take to ease PMDD symptoms are anti-inflammatories like ibuprofen or naproxen. These will deal with physical symptoms such as joint or muscle pain, headaches, or cramps.

If you’re more concerned about the emotional symptoms caused by your PMDD, you may want to consider taking birth control pills or antidepressants. Birth control pills with little or no pill-free interval can help mitigate physical and mental PMDD symptoms.

Antidepressants, specifically selective serotonin reuptake inhibitors (SSRIs), can reduce psychological symptoms and manage serotonin levels, helping with fatigue, depression, insomnia/hypersomnia, and cravings. You can take antidepressants throughout the whole month or during the two weeks before your period starts.

Will Removing My Ovaries Cure PMDD?

Yes, but this is usually used as a last resort to treat PMDD. Since you no longer ovulate, your female hormones will stop circulating permanently, bringing on menopause.

How Do You Stop PMDD Naturally?

You can’t necessarily stop PMDD, but there are many methods for relieving PMDD symptoms naturally without PMDD medication. Regular exercise, nutritional supplements, a healthy diet, stress management to help avoid emotional triggers, and cutting down on caffeine, alcohol, and smoking are all ways to relieve your symptoms.

However, if your PMDD feels beyond natural remedies, it’s best to speak with a medical professional to discuss treatment options for your symptoms.

PMDD can be painful and debilitating, so it’s important to find treatment that  works for you. If you’ve been diagnosed with PMDD or think you could have it, talk to a doctor (if you haven’t already) to discuss how best to treat your PMDD and get the relief you need. 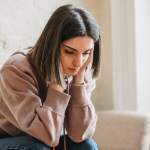