The Mystery and Energy Behind Every Touch

Do you and your loved ones need to keep in touch?

We don’t like to be touched. You’ve probably heard the term “personal space” and “bubble” being thrown around by friends and strangers.

At the same time, we’re all obsessed with the energy of touch, even if we don’t realize it. Affection, for one thing, is typically imagined through imagery of touch, and we even listen to music on the radio that glorifies this.

In movies, a simple touch tells us that two characters love each other. The touch of a fist or shove indicates hostility. Clearly, our world is ruled by physical contact.

Yet we shudder to think of any touch that is unwarranted. Some physical gestures, such as a pat on the back or touch of the shoulder…well, they tend to make us uncomfortable.

Our Concept of Touch.

It makes perfect sense, really. Our reaction to someone touching us is based – mostly – on our impression of the person touching us. When a stranger touches us, for example, the context is everything.

Where are we? Why are they touching us? Our sensors are likely to go off when someone we don’t know grazes us. We could be on a busy street, but the touch from a stranger coming up against us doesn’t set any alarms. This is because we realize that they are touching us out of a spatial necessity. Other times, however, touches for that same reason do rub us the wrong way (no pun intended).

As someone who doesn’t really like to hug or show physical affection, I panic when someone leans against me on the bus, and I honestly don’t know why. There can be a lot of mystery behind why some touches affect us in such different ways.

But we know we know what many of these touches mean. At the movie theater, we may observe someone struggling to find room as they walk down the aisle. This contact they make with our feet prompts us to react by adjusting ourselves. And this is all done non-verbally. We communicate through touch every day and instantaneously.

It makes one wonder how we learned what certain touches mean. Many studies have shown that feelings of anger, love, joy and other complex emotions have been effectively communicated through physical gestures. Most conclude that this knowledge is learned from childhood, due to the fact that children are touched by their caretakers a great deal through intimate feeding, holding and diaper changing. Could it be that the nature of touches that we learn as children is what shapes our perception of it later on?

The Science of Touch.

For many, our personal concept of touching and what certain nonverbals mean is learned from our mothers. When our mother touches us, it signifies our emotional attachment with her.

It can communicate security, though that depends on the context of the relationship between you and your mother. With your father, a touch could be very positive, such as a sense of pride being passed along. It could also be something malicious, which also depends on the nature of the existing relationship.

Specifically, touch is a sensation of the somatosensory system. Through haptic perception, we recognize and identify  everything through physical contact. Additionally, it is a mix of somatosensory perception of skin patterns, such as texture, and proprioception of hand placement and structure.¹

Essentially, touching is exploration. We can determine many things about an object through an outgoing or incoming touch, including the shape, arrangement and even dimension of an object. The real mystery, then, concerns the experience of touch and how that shapes our contact with the outside world.

The Effects of Touch.

Touch, when correctly utilized , is powerful. It allows us to foster a relationship with a stranger at a much faster rate. It speeds the process of familiarity. For example, studies suggest that waitresses who are “touchy” tend to get better tips. In some cases, people will actually buy more if they were touched by a store greeter.

Why is this? Though some people abhor being touched, many others feel comforted by someone showing goodwill through touching. People who tend to be more social will like someone for taking the extra step forward.

Was it not Will Smith in Hitch who claimed that a playful hit from a woman means that she likes you?

This is definitely true in a world where virtual interactions are becoming increasingly commonplace. The nonverbal communication that takes place through touch is difficult to replicate online. In the end, research concerning the energy and value of touch is still ongoing. We’re learning new things every day about this seemingly trivial concept and how it is being perceived in a world where technology is constantly changing.

This article outlines a few fascinating studies in regard to the benefits of touch. In one study, they actually found that students would perform better on a test after receiving a chair massage, and athletes who “high-fived” and “fist-bumped” before a game showed improved teamwork.

The Challenge of Touch.

In our own lives, keeping in touch can probably be a good thing. Parents can rely on the symbolism of physical contact to cultivate loving relationships with their children. Spouses can use physical affection to comfort each other. Friends can use touching to reconcile or improve their camaraderie.

If you’re someone – like me – who doesn’t like to rely on touch for improving relationships, then I challenge you to try rediscovering the power behind it. I know I will. 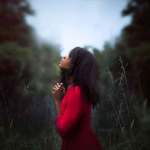 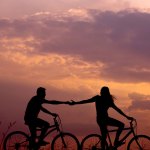 What is a spiritual love? How does spirituality come into play in relationships? 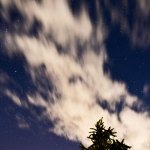 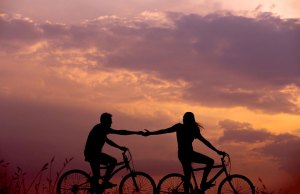 What is a spiritual love? How does spirituality come into play in relationships?
Taylor Bennett
3 min read 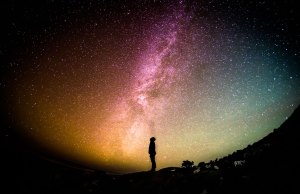 Spirituality is a practice of peace and purpose—it can help you cope with stress, manage depression, improve your connections, and more
Taylor Bennett
6 min read 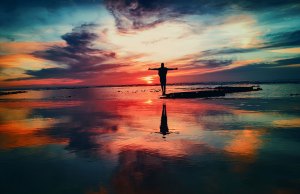 How is spirituality different from religion? Religion involves believing in a higher power while spirituality refers to something bigger than ourselves
Taylor Bennett
5 min read 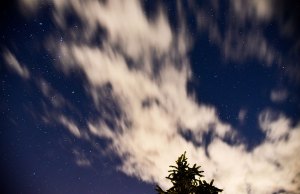