Exercise is incredibly beneficial—even vital—to both our physical and mental health: it can, decrease negative feelings such as stress, improve brain health and memory, and even reduce one’s risk of developing cardiovascular diseases. Still, even with these proven benefits, people aren’t prioritizing that morning run or late-night gym session—they “just don’t have the time or energy.”

It’s the oldest excuse in the book. Even I, exercise enthusiast, have used it: It’s too early to get a good workout in. It’s getting late, I’ll just go tomorrow. I can’t go to the gym, I have to be at work in an hour. All understandable explanations for skipping out on today’s workout, right? Not anymore. A new study “Executive-related oculomotor control is improved following a 10-min single-bout of aerobic exercise” ensures that the, “I don’t have time or energy,” excuse no longer holds much weight, as it finds that even one 10-minute workout session can produce significant benefits. More specifically, this small burst of exercise can boost brain power immediately.

Kinesiology Professor and head of the study Matthew Heath explained how these findings change the name of the exercise game: “Some people can’t commit to a long-term exercise regime because of time or physical capacity. This shows that people can cycle or walk briskly for a short duration, even once, and find immediate benefits.”

To reach these findings, Heath’s research team first had study participants perform a task designed to challenge their brains—more specifically, the areas responsible for functions like decision-making and inhibition. Meanwhile, the researchers analyzed the participants’ reactions to the cognitively demanding eye movement assignment. Then, they allocated the subjects to one of two groups: the first group sat and read magazines, while the second group completed 10 minutes of moderate to vigorous exercise on a stationary bike. Once the participants finished, they repeated the first task once more, which the researchers analyzed yet again.

When comparing the subjects’ performances, the group of researchers made a few observations: the subjects who exercised beforehand showed immediate improvement, their responses were more accurate, and their reaction times were up to 50 milliseconds shorter than their original scores. And while this may appear insignificant, “it represented a 14-percent gain in cognitive performance in some instances,” according to Heath.

Not only do these findings counter the argument or excuse of not having enough time or energy to workout, but it also provides encouragement for less mobile individuals and a means of motivation for students. “I always tell my students before they write a test or an exam or go into an interview—or do anything that is cognitively demanding—they should get some exercise first,” Heath said. “Our study shows the brain’s networks like it. They perform better.”

It’s understandable to skip out on a gym session or workout here and there—sometimes we need the break, and at others we simply want the break. But if you’re truly trashing your exercise plans because you don’t have much time and, therefore, won’t reap any real benefits, know that this just isn’t the case. According to this study, if you have just 10 quick minutes to dedicate to a moderate workout, then you can benefit. 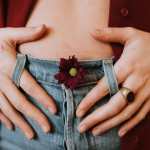 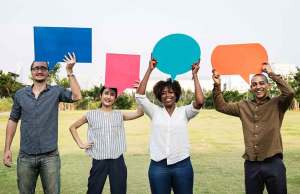 Why We’re Addicted to Pizza, According To Science
Nathan Davidson
2 min read
No comments yet
Disclaimer