When even the word “Olympian” means god-like, it’s hard to ignore the superhuman connotations behind the Olympics. And when we think about the great Olympians of our time like Michael Phelps or Simone Biles, we usually think about the ways in which their physical gifts and strength set them above the rest of us. There’s even research to suggest that elite athletes really are built differently. But what about their mental health?

Everyone is susceptible to mental health challenges, and Olympians are no different. So this year, at the Olympics in Tokyo, it’s important to keep in mind the enormous pressure these elite athletes are under. Even though topics of mental illness in the world of elite sports have been somewhat of a taboo topic, this year, top athletes like Naomi Osaka and Simone Manuel have come forward with their struggles, and it seems that now they’re finally being heard. But it doesn’t stop there—a change is in store. Researchers and trainers are now evaluating new ways to minimize the mental health challenges associated with competing and training at an elite level. 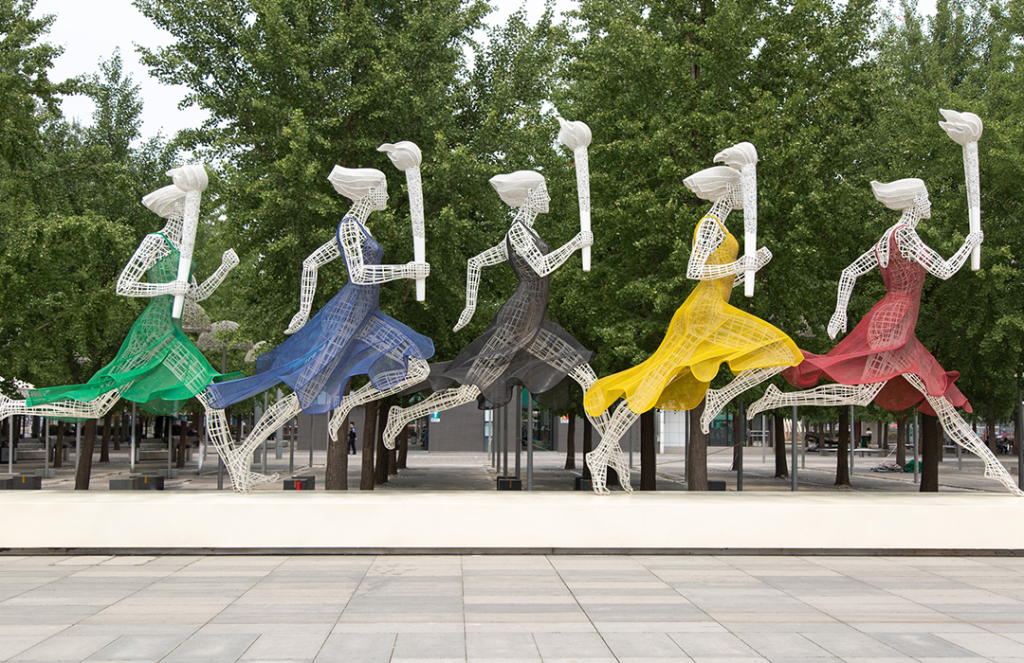 Japanese tennis sensation Naomi Osaka made headlines this May when she decided to withdraw from the French Open after continued disputes with tournament officials. The problem? Osaka wasn’t interested in conducting post-match press interviews, citing that they made her anxious and negatively affected her ability to play. After skipping her first press conference, tournament officials fined Osaka $15,000 and threatened to expel her from the tournament. In response, she simply decided that prioritizing her mental health was more important, withdrew, and went home to continue training for the Olympics in Tokyo.

Her decision was influenced by her ongoing struggle with depression, something that began with her victory against Serena Williams at the U.S. Open in 2018. After defeating Williams, the 23-year-old star was booed viciously by spectators. Since then, she’s faced anxiety when talking with the press and the public and was honest about her mental health challenges in a detailed Instagram post.

Her poor treatment by tennis fans in 2018, combined with the lack of empathy or understanding from tournament officials at the French Open, shows how easy it is for elite athletes to become dehumanized. They aren’t machines or products—they’re people, just like us. Wildly talented and supernaturally gifted, but still people.

Simone Manuel, professional swimmer and renowned Olympic gold medalist, was diagnosed with overtraining syndrome this year. She spent a long six months coping with its classic symptoms—rapid heartbeat, depression, and fatigue. After failing to qualify for the 2021 Games, Manuel was honest about her disappointment and her condition, but she wasn’t ashamed of her mental health challenges. For her, speaking up about her difficulties was a victory. “This was the first time before I even dove in for a race, that I was actually proud of myself,” Manuel said during a news conference.

While being in top shape is important, feeling mentally balanced is just as essential. As it turns out, that’s an aspect of training that’s often overlooked for elite athletes. And the effects can be pretty harmful. Besides the dangers of overtraining syndrome, consider that 34% of elite athletes will suffer from depression or anxiety at some point in their active career.

Among elite male athletes in team sports, 45% of players may suffer from anxiety and depression, while 10-25% of female college athletes will deal with an eating disorder or form of mental illness. These are big numbers, so finding effective solutions is essential. One study, published in Sports Medicine – Open, proposes that preventative care for high-level athletes is the key. According to the researchers, elite athletes can benefit from mental health resources that are spread strategically throughout the “ecological systems” of their social and athletic lives. The study also proposes that families, coaches, and sports staff should be informed and educated to spot the signs of mental illness in competitors.

Kim Plourde, Licensed Clinical Social Worker (LCSW) at Thriveworks in Lynchburg, VA, agrees, as a mental health professional who has worked with Olympians and other elite athletes. Plourde noted that often, athletes who are struggling with their mental health, “hide it from their teammates and coaches due to the mental toughness culture that pervades the atmosphere.”

Not to mention that this year, athletes and fans of the Olympics are in for a change that might introduce an additional mental challenge. Precautionary COVID-19 distancing measures will be in place. “The celebrations will be minimized compared to past Olympics,” according to Plourde. For first-time competitors and veterans alike, Plourde believes they “will need to rely on their own mental toughness, teammates if a team sport, and coaches. They also must pay attention to additional rules regarding covid testing and social distancing.”

While the precautionary measures may eliminate some of the fanfare that we’re used to, this year’s rules are another reminder of the mental resiliency that should be celebrated in these elite athletes. Ultimately, Plourde encourages fans and viewers to celebrate Olympic athletes for simply making it through a global disaster and shifting gears as needed. “Whether they win or lose, they will surely be able to help us understand how to compete during an unprecedented pandemic,” Plourde says.

An Important Reminder, Courtesy of the 2020 Olympics: Elite Athletes Are People, Too

Even though the world is still playing post-pandemic catch-up, some Olympic athletes were actually relieved to find extra time to continue training when the games were postponed last year. And for many, the COVID-19 pandemic was about far more than not being able to compete. Like many people looking forward to watching the Olympics this summer, Olympians spent last year feeling worried about their families, future, and the world.

The 2020 Olympics in Tokyo will be an event to remember, and hopefully, one that inspires us as well. We will undoubtedly congratulate and reward these elite athletes for their physical abilities. But maybe we should also celebrate their ability to perform under pressure, to meet the pinnacle of human performance while keeping their mental health in check at the same time. Because after all, that alone is amazing.