Alcohol and drugs may seem like the easy solution, but they aren’t. Instead of using substances to cope, address your problem head-on and heal through feeling

It might already be universally understood that using alcohol and/or drugs to cope with mental illness is a bad idea, but the “whys” of it might be less clear. It’s a big topic and there’s a lot of information out there, especially with all the discussions around legalization.

It’s not just that I want to ruin your good time, but rather I’m looking at the long-term rather than the short-term. Using drugs and alcohol might help you feel better faster, but after the buzz wears off, the feelings are still there. For some people, that might mean drinking or using more/again, and you can already see how this could become a pattern. The feelings are still there when it wears off again, and there might be more drinking and/or using. The problem never actually gets dealt with that way, the feelings aren’t being managed, and whenever the day comes that you’re not drinking or using, the feelings will still be there.

Along the same lines, when you’re using a substance to cope, you’re not using other healthy mechanisms to cope! There are so many other ways to cope that can be really helpful, like any sort of creative endeavor (writing, drawing, coloring, poetry, music, painting, collage, whatever your thing is!), hobbies, journaling, exercise, spending time with people that care about you, talking your feelings through with someone you trust, challenging the negative things you say to yourself in your head, and doing things that you enjoy doing! When you’ve gotten into the habit of using drugs/alcohol to cope, you’ve gotten out of the habit of using other skills, so getting back into it might be tougher.

The Short-Term Versus the Long-Term

I should mention that your brain development continues well into adulthood. Your brain doesn’t finish developing until your mid to late twenties! Using drugs and alcohol alters your brain chemistry, and depending on your age, could alter the way your brain is developing. Maybe this is another obvious point, but for those with mental health disorders or a predisposition to a mental health disorder or addiction, there’s already a delicate brain chemistry. Using substances can trigger a genetic predisposition to a disorder or worsen a disorder that’s already in existence.

There are many examples of this, but to list a few… someone who uses something like Xanax, Klonopin, or Valium, even if you’re taking it as prescribed by a doctor, tends to make anxiety worse. Maybe as a short term intervention it’s not harmful, like to help someone plane-phobic on a flight, but with regular use, your body develops a tolerance, and the withdrawal symptoms (which include worsened anxiety and panic attacks, oh the irony!) can be life-threatening. Same is true for someone who uses marijuana to manage anxiety or relieve stress. Many people say that marijuana isn’t addictive (it is) and that there aren’t withdrawal symptoms (there are), but those things aside, marijuana might help provide immediate relief, but doesn’t help with the underlying feelings. Increase in anxiety, irritability, and difficulty sleeping are all withdrawal symptoms from marijuana.

Marijuana is also linked to an increase in psychosis in young adults. Essentially, if someone has a genetic predisposition to a psychotic disorder (like schizophrenia, for example, which typically has an age of onset in the late teens and early twenties), and they smoke marijuana, the symptoms of the disorder are more likely to appear. This is a scary risk to take! Not everyone knows what’s in their genetic history (especially since mental health disorders were not discussed or documented the same a couple of generations ago) or how a substance will impact you even if all of your friends didn’t have any negative experiences. What if the hallucinations or paranoia you had when you smoked didn’t go away when your high wore off? With things like super high THC content and imitation marijuana, the impact is more and more unpredictable, especially for young, developing brains.

Also, think about the embarrassing or impulsive things you’ve done while under the influence. How could that impact self-esteem, depression, or anxiety? Some people make decisions with far-reaching consequences while they’re under the influence of drugs or alcohol… and if you were depressed, anxious, escaping your feelings before drinking/using, and then you wake up the next day feeling depressed and anxious, but now also have legal problems, embarrassing photos online, a friend/partner upset with you, damage to your car you don’t remember, or had sex with someone you didn’t intend to… what then?

Another thought… many people drink to lower their inhibitions, right? Well think about the lowered inhibitions when it comes to someone who has depression with thoughts of suicide. When you think about how people may use alcohol for “liquid courage,” or may become more impulsive and disinhibited while under the influence, the combination of suicidality and alcohol is very dangerous. There are varying reports on how many people are under the influence of alcohol while attempting suicide, but it appears that generally the number is around the quarter. If alcohol was taken out of the equation for 25% of people who complete suicide, would the outcome be the same for those people?

For people who become addicted to drugs or alcohol, whether they had anxiety, depression, posttraumatic stress disorder, or a number of other disorders before they started to drink or use, they very frequently end up with a co-occurring disorder. And last but not least… using substances could interfere with medication that someone is taking for a medical and/or mental health disorder. Sometimes mixing substances with medication interferes with the effectiveness, meaning it’s not going to work for you the way it normal would. Sometimes it means negative symptoms. Sometimes it means one intensifies the effect of the other, actually putting you in harm’s way (overdose, increased impulsivity, blackouts, etc.).

I know the natural inclination is to escape the bad feelings… but there’s really no quick and easy way to do it healthily. Using drugs and alcohol leaves you with whatever you were trying to escape from PLUS more devastation, destruction, mental health problems, addiction, etc. Coping well takes practice, but it can totally be done. Keep in mind… you gotta feel it to heal it! 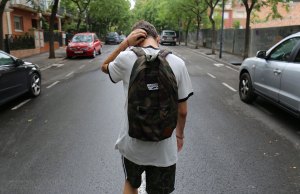 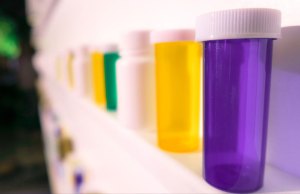 MDMA could strengthen the bond between patient and therapist, thereby improving therapy as treatment for post-traumatic stress disorder 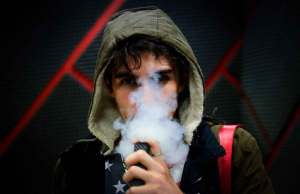 Lung injuries from vaping likely due to toxic chemical fumes, according to Mayo Clinic researchers 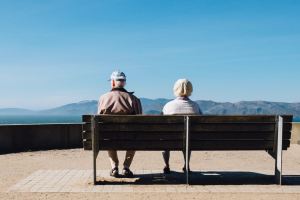 Cannabis use among older people is increasing faster than any other group, but many are hesitant to talk to their doctors about medical marijuana