How to Not Choke at the Olympics (or Anywhere Else)

We’ve all heard of choking. Those sports-related disasters when an athlete seems to crack under the pressure. It’s fascinating—and a little hard to watch.

Scientists have begun to uncover the causes of choking, and identify the mental differences that separate athletes who are likely to choke, and those who aren’t

Accordingly, choking is triggered by a specific mental mistake: Over thinking.

People who choke can often recite back every thought they were having at the time, and every movement they were making—and trying not to. In contrast, athletes performing at their bests aren’t really thinking. Neuroscientifically speaking, their minds are pretty tranquil. They’re in the zone—they’re just doing.

Ch0king doesn’t have to happen. It’s not an inevitable, and it’s not random.

Also, Choking isn’t limited to sports – it can apply to test taking, public speaking, working while under review—or really, any performance-based activity.

So, here are two tips to help prevent choking.

Tip 1: De-escalate the Intensity of the Moment

It’s in these moments that the pressure is on. An athlete might think, “4 years of training—and only one chance to get the gold!” This type of thought borders on hyperbole, and it makes you nervous just thinking about it.

So, if you find yourself having such thoughts, take a step back. Replace the intense thought, with a more rational one.

Say, this is a big event. But it’s not the only event.

This is just one of many competitions.

This is only a day at the office.

This is only a game. Or only a speech.

It’s an honor to be here.

I’m going to enjoy this to the end.

This is just another brick in the wall.

Our brains are not good at focusing on two ideas at once—it’s why we can’t read and have a conversation at the same time. Hence, these alternative rational thoughts will help to fill your mind with perspectives that lesson the magnitude of your performance situation.

Recently, two psychologists at the University of Western Australia, performed a study investigating the use of a “holistic cue word” to prevent choking.

In the study, they asked participants (professional golfers) to focus on descriptive adjectives such as “smooth” or “balanced”.

The results found that focusing on these words prevented choking in expert golfers. In fact, their performance was no longer affected by anxiety whatsoever.

Some athletes do this automatically – Tiger Woods’s is said to be able to clear his mind at crucial points during tournaments. How does he do this? By fixating on banalities and cliches. Thinking stuff like “you never give up. You never give in. or You never accept anything but the best from yourself.” According to Tiger’s swing coach, these phrases have saved him countless times from becoming unraveled on the 18th hole. 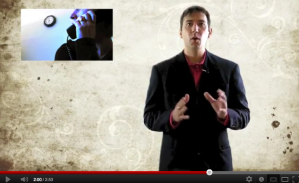 So, how well do you handle performance pressure? Have any techniques worked for you? Let us know your ideas in the comments.

Anthony Centore, PhD, is Founder and Chair at Thriveworks — a counseling practice focused on premium client care, with 340+ locations across the US. Anthony is a Private Practice Consultant for the American Counseling Association, columnist for Counseling Today magazine, and author of "How to Thrive in Counseling Private Practice". He is a multistate Licensed Professional Counselor (LPC) and has been quoted in national media sources including The Boston Globe, the Chicago Tribune, and CBS Sunday Morning.

Is it possible to fix relationships with my young children?

Staying strong while going through a divorce: 7 tips

Causes of depression: Recognizing risk factors based on age, gender, sex, and race

How can I reassure my fiancé I’m in this for the long run?

How do I deal with two big losses — my relationship and my job?