Society has long debated whether exposure to violence causes one to be more violent themselves—with one side of the aisle claiming it plays no part, and the other insisting it plays a huge part. A big focus of this argument is on the role of violent media: TV shows, movies, and video games. Does watching a show or movie about war have an effect on the viewer’s violent tendencies? Does playing an active shooter game? In sum, is violence and aggression learned or is it, perhaps, inborn instead?

If we trace this question back to its roots, we arrive at the Bobo doll experiment: a prominent experiment, conducted by renowned Psychologist Albert Bandura, designed to investigate the potential link between exposure to violence and violent actions. Let’s take a look at the specifics of this experiment and most importantly, what Bandura concluded in exploring this important question.

What Is the Bobo Doll Experiment? The Basics

As mentioned above, the Bobo doll experiment was conducted to understand whether aggression (or violence) is learned through observation. To explore this question, Bandura and his research team studied a group of 72 kids—36 girls and 36 boys who fell between 3 and 6 years old. First, the researchers observed how aggressive each kid appeared and rated their aggression on 5-point scales. Then, they split the kids up into three groups of 24, one being the control group.

Afterward (in both models), the child was taken into a different room filled with toys—of which they were told they weren’t allowed to play with. Then, they were taken into one last room, which also filled with toys—“aggressive” and non-aggressive toys—like a tether ball, trucks, a dart gun, crayons, and a Bobo doll. The researchers observed the kids behavior, specifically in regards to their aggression levels.

Bandura’s experiment gave the team excellent insight into whether or not exposure to violence and aggression correlates with one’s own violent or aggressive actions. In sum, the team observed the following:

So, Is Violence Learned?

The results of the Bobo doll experiment support Bandura’s social learning theory, which states that we learn through our observations and interactions with others. Bandura’s team agreed that their study proved this theory to be true. Additionally, Bandura noted that the children believed their actions toward the Bobo doll were acceptable based on the adults’ actions. In conclusion, based on the results of this experiment, violence can be learned through observation and imitation. 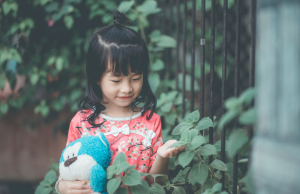